It was 30 degrees and sunny, the kids weren’t even back to school, but the curling season jumped into full swing as 48 teams hit the ice at the Canad Inns Mixed Doubles Championship in Winnipeg. Winnipeg’s Colin Hodgson and former Winnipegger Chelsea Carey (Calgary) claimed the top prize in the star-studded event, taking home $10,000. The win would have also qualified them for a spot in the upcoming Mixed Doubles Olympic Trials, but they were already qualified based on the finish at last year’s national championship. In the playoffs, Carey and Hodgson had to fight through a pile of big-name teams such as Mike and Dawn McEwen, Rachel Homan and John Morris, and U.S. mixed doubles champs Matt and Rebecca Hamilton before taking down 2016 Canadian champions Jocelyn Peterman and Brett Gallant in the final. 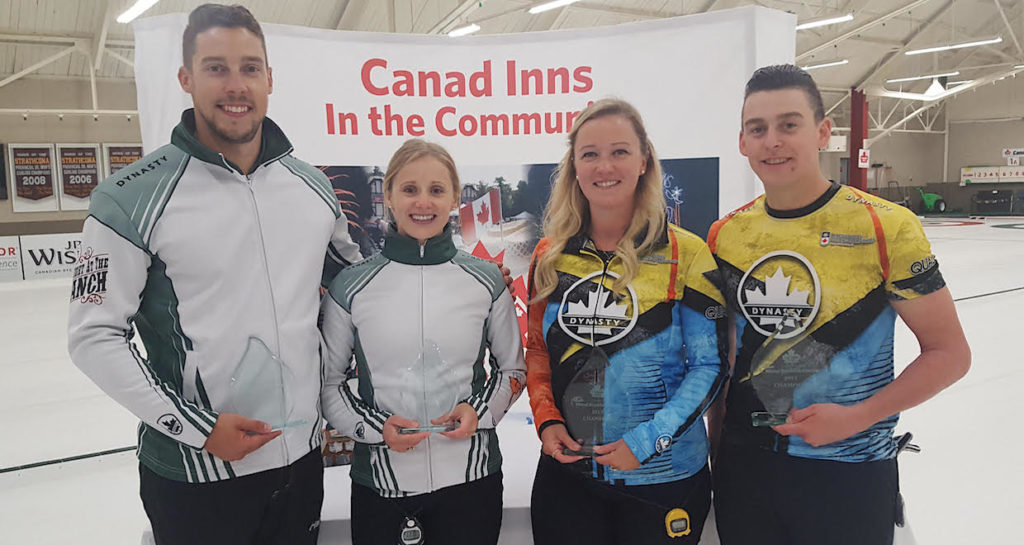 Because of their runner-up finish, Peterman and Gallant have now qualified for January’s Olympic Trials in Portage la Prairie, Manitoba. Peterman normally plays second for Carey and won the 2016 Scotties Tournament of Hearts on that team. Gallant, fresh off his own Tim Hortons Brier and World Championship wins, took down two of his teammates (Brad Gushue – playing with Val Sweeting, and Geoff Walker – with Laura Crocker) on his way to the final. Following Monday’s final, there was a mad dash to the airport, as most of the playoff teams were scheduled to start curling in this week’s Grand Slam of Curling event on Tuesday. The Tour Challenge begins today in Regina, featuring 60 teams in two tiers. Purses of $100,000 are up for grabs for both the men’s and women’s events, featuring the top 15 of each gender. The tier 2 events feature purses of $50,000 and a win would also qualify teams for a future Grand Slam event. After a win in Switzerland at the Baden Masters, Sweden’s Niklas Edin has overtaken the World No. 1 ranking, although Team Gushue will be looking to change that. Gushue beat Edin in last year’s World final, but won’t face him this weekend, unless they meet in the playoffs, as they are in different pools. Edin won the Tour Challenge last year. On the women’s side, Ottawa’s Rachel Homan (World No. 1) will look to start her season strong, while Switzerland’s Silvana Tirinzoni (No. 2) will look to bring her down, following a win at this past weekend’s Stu Sells Oakville Tankard.