It seemed like the curling season was getting off to a slow start. There was the Everest Challenge mixed event in August, there was a Grand Slam of Curling event nearly a month ago, but then teams were picking and choosing which events to play, catering their schedule to the grind that comes with the completion of the Olympic cycle. 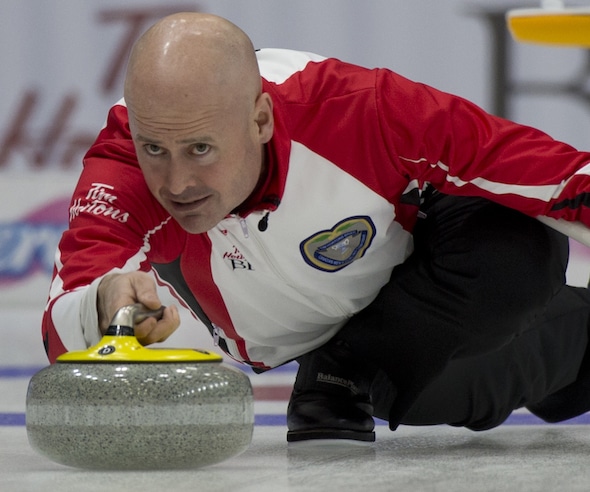 Kevin Koe and his Calgary team are playing this weekend at a World Curling Tour event in Edmonton. (Photo, Curling Canada/Michael Burns)

This weekend there are major curling events going on across the country, and unlike other weeks thus far, almost every top team is involved.

U.S. Olympic hopefuls Nina Roth and Jamie Sinclair are in the mix, as are other international entries from Germany (Daniela Jentsch) and South Korea (Un Chi Gim).

On the women’s side, Sherry Middaugh (Coldwater, Ont.) will look to defend last year’s title against an 18-team field that includes Jacqueline Harrison (Mississauga, Ont.), Krista McCarville (Thunder Bay, Ont.), and Julie Tippin (Toronto). All four are competing at the Home Hardware Road to the Roar Pre-Trials, Nov. 6-12 in Summerside, P.E.I.

For all of the latest scores, go to Curlingzone.com