CBC Sports and Curling Canada have reached an agreement that will see more coverage than ever before of five national championship events made available through CBC Sports digital platforms in each of the next five seasons, beginning this season. 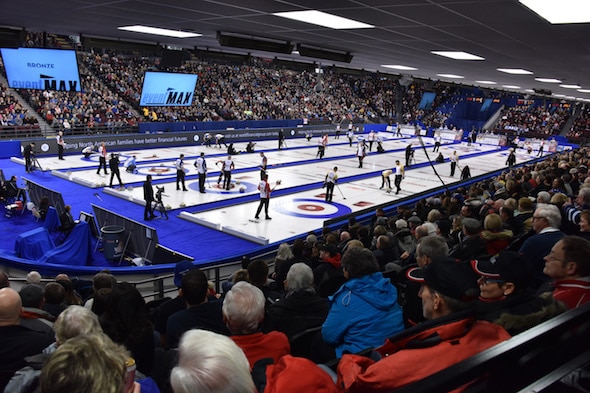 Live-streaming coverage of each event will be made available at cbcsports.ca and via the CBC Sports app for iOS and Android devices, with select coverage available via broadcast on CBC.

The first event to be covered by CBC Sports as part of this new partnership will be the 2018 Canadian Mixed Curling Championship in Swan River, Man., scheduled for Nov. 12-18. Beginning Monday, Nov. 13 each draw will be available via live-streaming coverage at cbcsports.ca and on the CBC Sports app.

“CBC Sports is proud to be working with Curling Canada and excited to bring coverage of these national championship events available to Canadians as has never been done before,” said Greg Stremlaw, executive director, CBC Sports and general manager, Olympics. “CBC Sports recognizes the importance of bringing more attention to these disciplines and to the Canadian athletes competing in them at the country’s highest level. Without this partnership, these national championships likely would not be available to Canadians.”

“We’re excited that these championship events will be getting more exposure than ever thanks to this exciting partnership,” added Katherine Henderson, Chief Executive Officer of Curling Canada. “Fans across the country now have even more options to be able to watch their favourite sport, and the opportunity to perform before a broader audience will undoubtedly have a positive impact on the athletes.”

CBC Sports’ broadcast and streaming schedules have not yet been finalized, however, once available this information will be posted here. In the meantime, fans can set up calendar alerts to notify them of CBC Sports’ streaming coverage here and can follow the latest news from the curling world on the dedicated curling page at cbcsports.ca.

The other events on the schedule will be as follows: