2018 Scotties Tournament of Hearts gets underway Saturday in Penticton

There will be many historic elements to the 2018 Scotties Tournament of Hearts when it gets underway on Saturday at the South Okanagan Events Centre (SOEC) in Penticton, B.C. 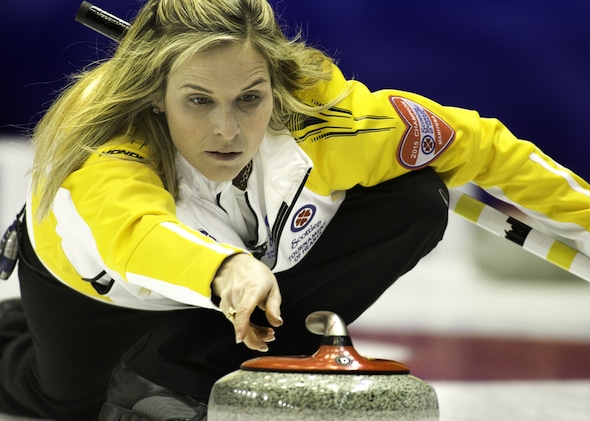 It will be the first 16-team edition of the Canadian Women’s Curling Championship, and the first that will feature a Wild Card Game preceding the championship, Friday at 6:30 p.m. (TSN; all times Pacific) at the SOEC to determine the final entry into the Scotties.

Additionally, Manitoba skip Jennifer Jones, along with her longtime second Jill Officer, if they win gold, will join Nova Scotia’s Colleen Jones as the only six-time winners of the Scotties Tournament of Hearts.

The action kicks off with the Wild Card game on Friday between 2016 Scotties champ Chelsea Carey of Calgary and Kerri Einarson of Winnipeg; they were the top two teams on the Canadian Team Ranking System that didn’t qualify through their provincial/territorial championships.

The winning team will be known as Team Wild Card and will begin play with the other 15 teams on Saturday.

Jones’s Manitoba team from Winnipeg will add Shannon Birchard at the vice-skip position, replacing Kaitlyn Lawes, who will be heading to South Korea to compete in the first Olympic mixed doubles curling competition with partner John Morris. Lead Dawn McEwen and coach Wendy Morgan round out the Manitoba champs.

The home province will be represented by Nanaimo’s Kesa Van Osch, who has sisters Marika at vice-skip and Kalia at second, along with lead Amy Gibson, alternate Rachelle Kallechy and coach Bill Tschirhart.

The 16 teams are split into two pools of eight, based on their Canadian Team Ranking System standing as of Dec. 31; the Wild Card winner will be the No. 4 seed.

Here’s a look at the full field:

(teams listed according to seeding; skip through alternate, coach and hometown)

(teams listed according to seeding; skip through alternate, coach and hometown)

CLICK HERE to check the schedule for the 2018 Scotties Tournament of Hearts.

You can purchase tickets at the South Okanagan Events Centre box office, online at curling.ca/tickets or by phone at 1-877-763-2849.

TSN/RDS2 will provide complete coverage of every draw at the 2018 Scotties Tournament of Hearts. CLICK HERE for the complete broadcast schedule.

The Ford Hot Shots Competition will begin Friday with the preliminary round at noon, with the finals on Saturday at 11:45 a.m. The Opening Ceremonies are Saturday at 12:30 p.m. Admission to all three events is free; pick up the free tickets at the SOEC box office.