We got an amazing phone call last night, and it really got us pumped up. 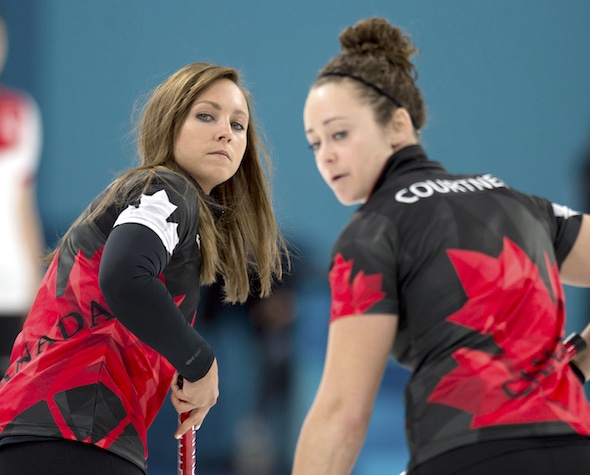 We were just finishing up our team debrief meeting around midnight, and then Cheryl came into the room with a phone call for Rachel, and it was (Toronto Maple Leafs coach) Mike Babcock.

It was really cool. We have so much respect for him as a coach, and he’s such a great guy, and for him to be watching and thinking of us, it was really neat to hear his words and hear that he’s pulling for us. He just reminded us to keep our heads down, working as hard as we can to get the results we want. It really helped motivate us for our game today against Switzerland. 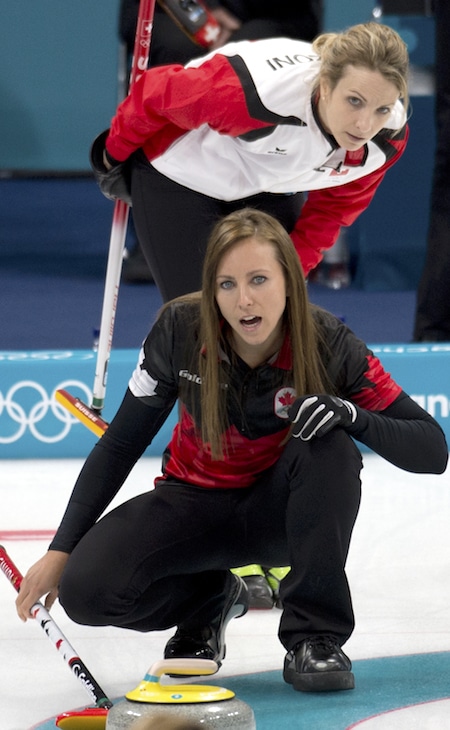 I don’t think I’ve had a game like that in a really long time. Normally I’m a pretty good feel player, and if I miss a shot one way, I know exactly what kind of adjustment to make and I can dial right into that. Obviously it was a struggle out there. But my shots are just 25 per cent of an end. The other 75 per cent is where I do a lot of work, too, with my sweeping. So, part of dealing with it is to make sure I don’t bring anybody down with me, and the other part is to keep contributing, keep working as hard as I can, stay in the moment, and never give up. And thankfully, I put it together for the last two ends, and I can carry that into the game tomorrow.

Emma played fantastic; she made so many huge shots, time and time again, and you could see it in her eyes that she wanted to do it for the team, and for me as well. That’s something that’s great about our team — when one of us is struggling, the other three just rally around them and support them as much as they can.

It’s so special to have so many of our family members here. I have six people here — my husband Mark, my mom Ellen, my dad Ryan, my sister Erin, my brother David and his wife Tessa. After we started 0-3, we got to hang out with our families at Canada Olympic House, and being able to take a step back and think, wow, my whole family is here with me in South Korea, watching me in the Olympics. How cool is that? It helped us so much, and hearing them cheering throughout the game is just so fantastic.

Those are great character wins, and it’s great to still be in the hunt here. I don’t think we’ve ever been so happy to be 2-3. These are all C-side games right now, so we just have to keep our heads down keep working, stay in the moment. We’re going to give it everything we possibly have. We want to make Canada proud. We’re playing for each other out there, we’re playing for our country, and we couldn’t ask for any more at this point.

(Joanne Courtney is the second for Canada’s Olympic women’s curling team, and is participating in her first Winter Olympics. Keep checking curling.ca for blogs from Canadian athletes and coaches attending the Winter Olympics; you can watch a replay of the game by CLICKING HERE)