Tyler Tardi and Kaitlyn Jones had a tough day against the home teams today, as both Canadian teams lost their first games of the round robin – in both cases, to Scotland – at the 2018 World Junior Curling Championships taking place at Curl Aberdeen in Aberdeen, Scotland. 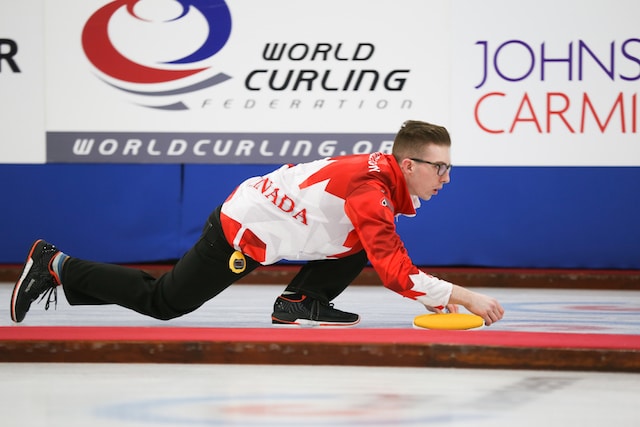 The men had two games on Sunday, and they started strong, with a 7-3 win over Sweden’s Daniel Magnusson. Tardi and his Langley, B.C., team, which includes third Sterling Middleton, second Jordan Tardi, lead Zachary Curtis, alternate Jacques Gauthier and coach Paul Tardi, stole four ends in a close game not reflected in the score. “He missed a couple of his last shots, but they were some really tough ones,” said Tardi about his opponent from Sweden. “He almost made all of them for quite a few points, so it was a little fortunate for us. We made them work for it and we’re very happy for the result.” In the evening game against Scotland’s Ross Whyte, the Canadians trailed 3-2 at the break and looked unsure of the ice and rocks. But they bounced back in the second half. In the seventh end, lying three after a delicate tap-back by skip Tardi on his last rock, Canada stole two when Whyte’s final draw slid too far. Leading 6-5 in the tenth, Tardi attempted a big-weight slash double, but his rock didn’t curl enough and Canada gave up a steal of two for a 7-6 loss. “We’re trying to treat every team the same because all of them are here for a reason,” said Tardi, who now has a 2-1 record. “Every team is great and they all deserve to be here.” In the Canadian women’s only game of the day, Jones and her Halifax-based team of third Kristin Clarke, second Karlee Burgess, lead Lindsey Burgess, alternate Lauren Lenentine and coach Andrew Atherton faced Scotland’s Rebecca Morrison. Trailing 7-1 after five ends, Canada was able to score a single in six, then stole singles in the next two ends. But it wasn’t enough to climb back, and Scotland took the 8-4 win to remain undefeated in the women’s round robin. 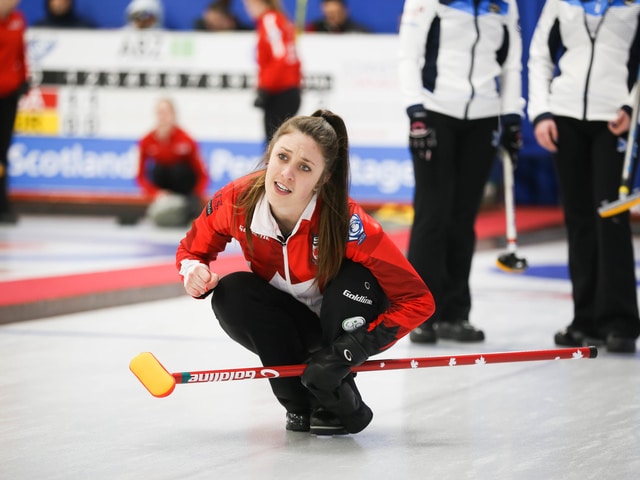 Team Canada men are now in third place in the standings with a 2-1 record behind Scotland and the United States, who are both undefeated. On the women’s side, Canada shares second place and a 2-1 record with four other teams, while Sweden sits at the top of the standings undefeated. The round robin continues on Monday with the men facing USA’s Andrew Stopera (9 a.m. ET). The women will play two games, starting off against USA’s Madison Bear (4 a.m. ET) and finishing the day against South Korea’s Minji Kim (2 p.m. ET). Both the men’s and women’s games with the USA will be streamed live on the World Curling Federation’s YouTube channel, https://www.youtube.com/WorldCurlingTV The Canadian teams will be in a 10-team (of each gender) round-robin draw that leads to the four-team Olympic-style semifinals (first place vs. fourth place; second place vs. third place), on Friday, March 9 (there will be no playoff tiebreakers). Event information, including news and live scoring, are available at the event website, https://www.worldcurling.org/wjcc2018 Selected games will be streamed live on the World Curling Federation’s Youtube channel, https://www.youtube.com/WorldCurlingTV