If you were going to ask Canadian skip Mark Ideson who the favourites in wheelchair curling are at this year’s Paralympic Games, he’d tell you Norway won the world championship, and Russia won the two before that, and that the USA is playing really well lately. He certainly wouldn’t put Canada on the list, even though they’ve won the last three Paralympic gold medals. 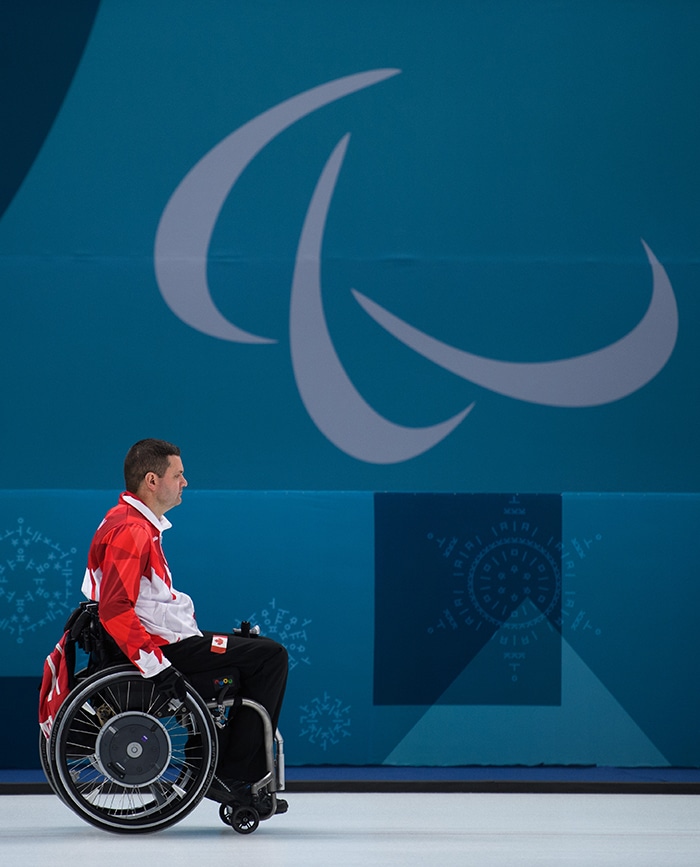 Based on Ideson’s modest prognosis, you’d expect for a Canada-Norway game to be lopsided. And it was, but not in the way his handicapping would suggest. Instead, Canada beat Norway 10-1 in six ends (they conceded before the usual eight), and finished their first day of competition with two wins, both of which were blowouts. “The team is gelling. We’re learning the ice, and we’re feeling pretty good,” said Ideson (London, Ont.), unassuming as ever. “It’s four people out there, trying their hardest.” By “trying their hardest,” his teammates made sure Ideson didn’t have to throw anything terribly difficult, and made the game a nightmare for Norwegian skip Rune Lorensten. Only once after the first end did Norway have a reasonable shot at scoring points, and even in that case he needed to draw full four-foot… easier said than done in wheelchair curling where there are no sweepers to help. The rest of the time, Canada sat buried behind walls of granite, under no threat from the Norwegian skip. Each time Ideson would throw another guard, or lob another draw into the house. For a team that’s not a “favourite,” they were making it look pretty easy. “There’s a lot of energy out there. It’s exciting, and it’s great to have our families there. But there are a lot of distractions,” said Ideson. “ So we’re really just trying to take it one rock at a time, stay in the moment, and enjoy ourselves. Hopefully that puts us in a good spot at the end of the week.” So far so good. With a two-win day, Canada sits at the top of the table, albeit early in this 12-team round robin. They’ll have the morning off, then face Sweden in the afternoon draw at 2:35pm local (1:35 am EST). Check www.cbcsports.ca for live streaming options.