Canada on the wrong side of the inch vs. Great Britain

Elite athletes live for the feeling of being in “the zone” – the sensation where your peak performance is on auto-pilot, every result is perfect, and you can’t miss.

For Canada’s wheelchair curlers, it must have felt like they were just a few inches outside of “the zone.”

“You know, some days you’re one with the rock. Other days, it’s like your two completely different entities,” said Ina Forrest, who throws third on Canada’s Paralympic team. “We just didn’t have the zen of curling today.” 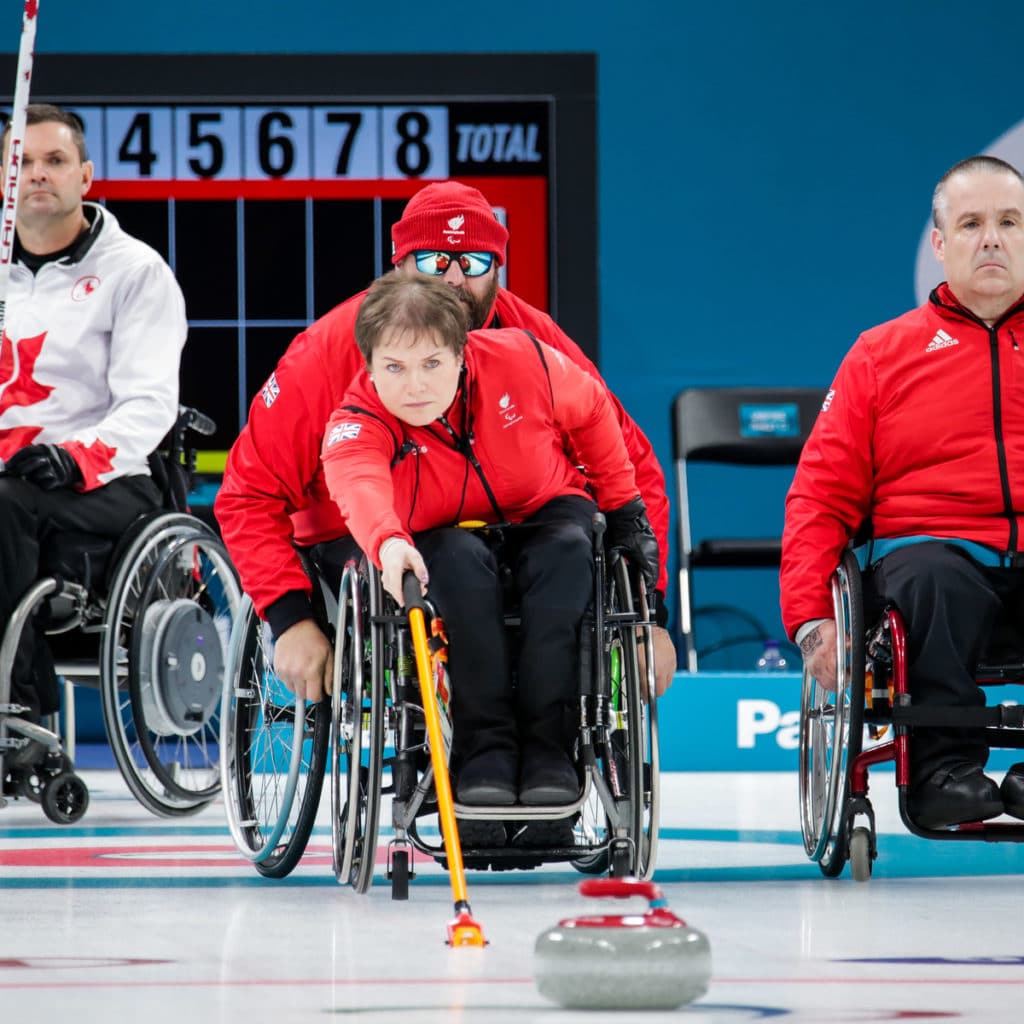 Indeed, something seemed a little off as Canada dropped their second game of the day; this time to Great Britain with a final score of 8-1.

After starting the game with hammer, Canada blanked the first, missed by an inch in the second to give up a steal, and another inch to give up another steal in the third end. In the fourth, skip Mark Ideson’s draw came up only a few inches short, resulting in yet another steal.

Canada, now with a 3-2 record, wasn’t playing badly, but they weren’t getting the results they wanted.

“We were making hits, but not sticking around.,” said Forrest (Armstrong, B.C.). “Then you’re chasing after the guys who are keeping them in. It’s hard to get anything going like that.”

Canada didn’t let their frustration show. All four players on the ice were all smiles, as each new end presented an opportunity to cue the change their fortunes.

“There’s always a chance to come back,” said Forrest. “There’s no point in putting your head down and thinking you’re out of the game. It just takes a couple good ends and you’re right back in it. “

As they approach the halfway point of the 11-game round robin, they’ll take what they can from this game and move on.

“We’ll go and chat in the dressing room, and regroup,” said Forrest.  “We had a great day one day, and not-so-great the next. So, tomorrow can be better!”

Tomorrow’s schedule includes a morning game against China, and an evening matchup against the U.S.A. Both games will be streamed live on cbcsports.ca.