“I guess it was much like a curling match,” says Roger Smith of La Pêche, Que., the 2018 Volunteer of the Year, who is being recognized for his Herculean efforts to establish a new curling facility in Chelsea, Que. “Things don’t always go according to plan.” 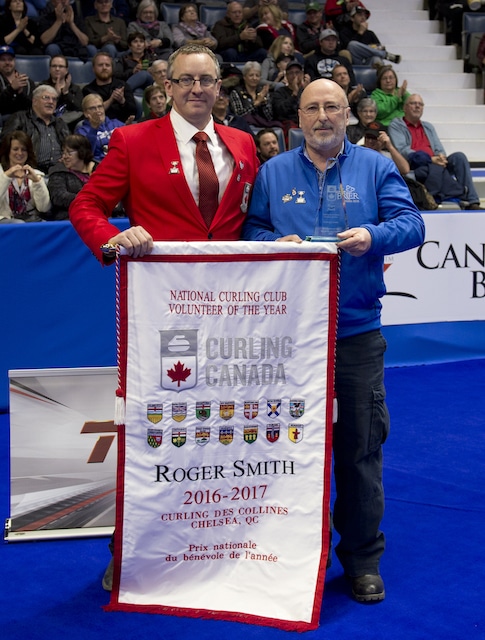 The Curling Canada Volunteer of the Year Award is based on the nominee’s contributions from the previous curling season in any number of areas. In Smith’s case, the most significant contribution was made before ice was even a reality. It was February 2011, and Smith and his fellow curlers from the Curling des Collines club were curling in an arena, just as they had been one day a week since 2005. “The ice that day was worse than usual. No one was enjoying the game,” Smith remembers. “The other issue was that ice time was limited as we were competing with hockey and skating. The nearest curling facility on the Quebec side was over 50 minutes away.” So Smith started talking to other members about alternatives, and support for a new local facility began to grow. “We felt that with the size of the population of our municipality and adjoining ones, a new curling centre would be viable. The more we spoke to people, the clearer it was that if we had a facility we would bring in a lot of new curlers,” he says. It was Smith who drafted the grant applications and business plan that convinced the provincial government to grant the funds. He twisted arms to the tune of more than $400,000 in a fundraising campaign and was the point man in talks with financial institutions to secure additional financing. But it was an uphill battle, full of challenges. “We had spoken with other groups who had attempted this type of project and found out that it could take seven to 10 years if you were lucky,” he says. “Some gave up after ten years. So we knew it was going to be a long haul.” In 2013, the first business plan in his home municipality of La Pêche didn’t work out. A second attempt, for a facility in Chelsea, ran into issues and the financing was pulled at the last minute. “But we also found a lot of support from our members and potential new members, which strengthened our resolve to keep moving forward and finding solutions to each challenge,” says Smith, who fell in love with curling after retiring and taking up the game in 2007. “Maybe the name of our centre should be Patience and Perseverance, because without it, we would have given up a long time ago.” The dream of having a facility for Curling des Collines to call its own came true in February 2016, when the Quebec government announced it was granting $1.7 million towards the construction of a new four-sheet curling centre. 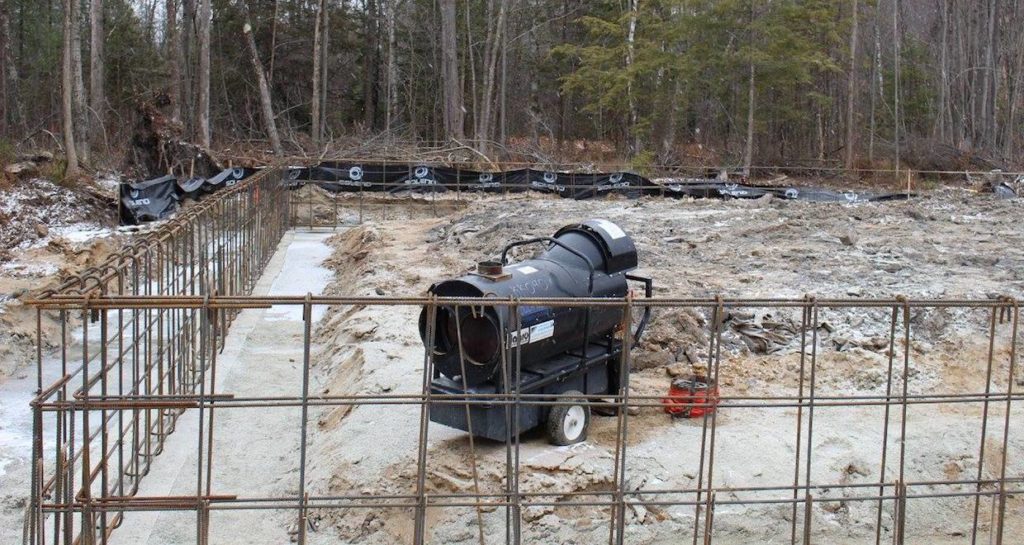 “It is not a common occurrence for new curling clubs to open in Quebec, however Mr. Smith has made this happen,” said Marc-André Robitaille, General Director of Curling Quebec, in his letter supporting Smith’s award nomination. “This feat did not come together easily. Roger Smith has invested several years of his time to the development of this project. He put together a reliable group of volunteers and established a phenomenal business plan in order to acquire the required finances to build the new curling centre.” Curling des Collines is now in its final stages of construction, with the doors expected to open for the 2018-19 season, and room for more than 600 members. Smith was honoured during an on-ice ceremony at the 2018 Tim Hortons Brier in Regina, and it was a special moment for someone who doesn’t necessarily enjoy being the centre of attention. “Wow, I am not a person who likes to be in the limelight, so being out on the ice in front of all those people and being presented with the plaque and the banner was intimidating,” he admits. “I appreciate the recognition; but more importantly, I hope that our success will encourage other groups to find ways to make curling more available in their areas.” Curling Canada’s 14 Member Associations submitted applications for the Curling Canada Volunteer of the Year Award, and among some amazing submissions, it was narrowed down seven finalists, including Smith. The other National Finalists were as follows: • Guy Beaudry (Manitoba) • Derek MacEwen (Prince Edward Island) • Milledge Sheridan (Nova Scotia) • Stephen Goulding (Newfoundland and Labrador) • Rose Tallevi (Ontario) • Randy Brown (Ontario).