The action intensified as playoffs loomed on the final day of round robin pool play at the 2018 Canadian Mixed Doubles Curling Championship in Leduc, Alta., and when the dust settled, the youngest team in the competition was sitting in first place overall. 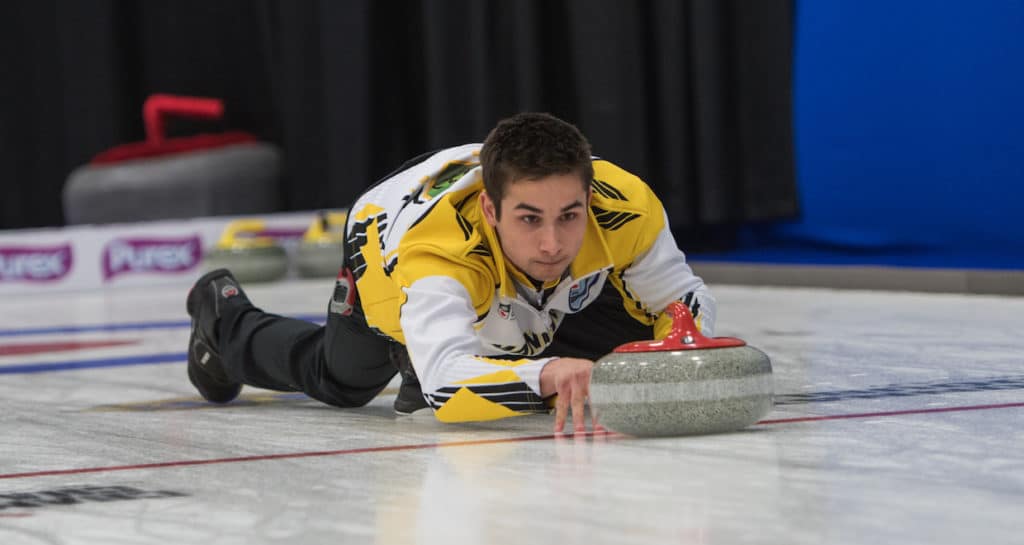 Manitoba’s mixed doubles champions, Kadriana Sahaidak and Colton Lott, didn’t lose a game during the Pool B round robin and claimed first place with a 7-0 record. The Gimli duo will move directly into the quarter-finals, along with the other teams that finished at the top of their pools: Laura Crocker and Kirk Muyres (Pool A), Chaelynn Kitz and Brayden Stewart (Pool C), and Joanne Courtney and Reid Carruthers (Pool D). The rest of the qualified teams go head-to-head in a single-knockout playdown: Kalynn Park and Charley Thomas vs Hugh and Janet Murphy Chelsea Carey and Colin Hodgson vs Val Sweeting and Tim March Robert and Emilie Desjardins vs Jennifer Jones and Brent Laing Jocelyn Peterman and Derek Samagalski vs Cathy Overton-Clapham and Matt Dunstone The winners of these games will go on to meet the first-place teams in the quarter-finals. 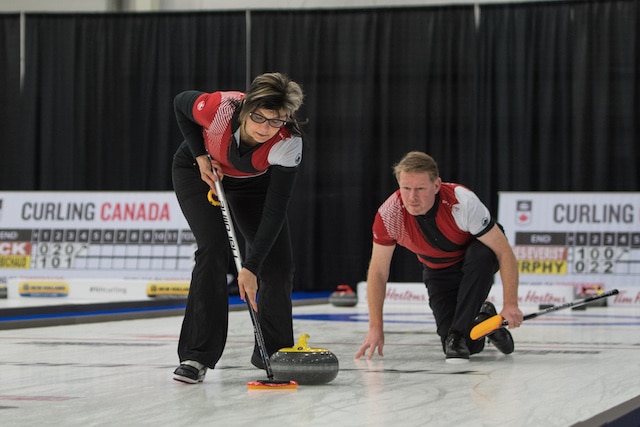 Although many familiar names show up in the playoff round – including the defending champions, Courtney and Carruthers – the competition had its share of youthful and less familiar curlers who embraced the opportunity to compete on the national stage with some of Canada’s best. For B.C. champions Megan Daniels and Nick Meister, the experience of competing at this event was a thrill, even though they won’t move on to the playoffs. “It’s really, really cool,” says Daniels about the experience of representing her province at a national championship. “It’s weird just even walking in and out of the dressing rooms and walking by some world champions and Olympic champions and you’re thinking ‘Wow, we’re all on the same ice together.’ It’s so odd, because you watch them on TV, and I’ve idolized some of these people growing up. It’s a surreal experience.” Daniels, whose father, Ernie, and sister, Sarah, played in the 2013 Canadian mixed doubles championship here in Leduc (they finished with a 3-4 record, out of the playoffs), won the British Columbia title with Nick Meister. Both have national championship experience, and Meister has been to a world championship with Tyler Tardi, the current world junior champion as well. So these two young curlers have lots of experience at high-level competition, but they agree: there’s just something special about making it to a Canadian national championship. And, win or lose, it’s been an experience to remember. “There’s just something about arena ice and the blue carpets,” says Meister. “That’s what it is. It’s really exciting.” 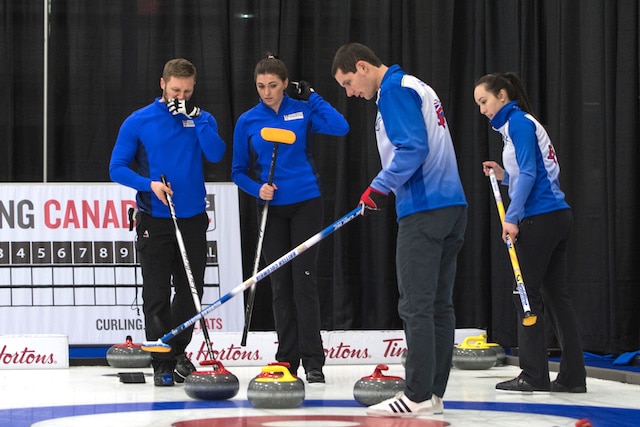 Playoff games at the Canadian Mixed Doubles Curling Championship begin at 4 p.m. EDT (2 p.m. local time), with quarter-finals at 10 p.m. EDT (8 p.m. local time) CBC will be live streaming games from the mixed doubles championship until the weekend, then broadcasting playoff games on the CBC television network. Go to https://www.cbc.ca/sports/olympics/winter/curling/broadcast then click on the “CBC Television” tab beside the “CBC Sports Streaming” for the CBC TV schedule. Find scores, standings and news on the event website here: https://www.curling.ca/2018mixeddoubles/