ESTEVAN, Sask. — Canadian teams will take their first steps toward the 2022 Winter Olympics this December in Estevan, Sask. 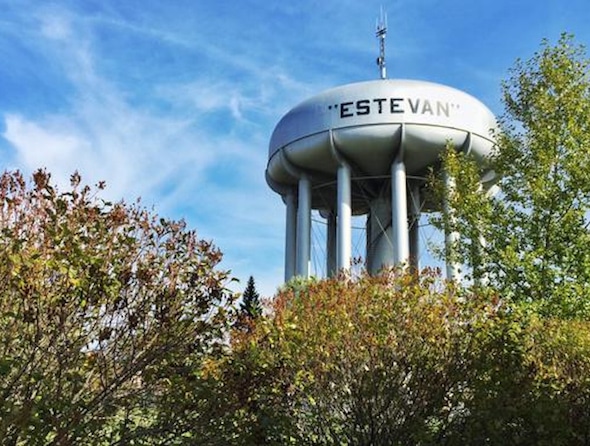 The 2018 Home Hardware Canada Cup — one of curling’s most competitive and hard-fought events — will take place Dec. 5-9 Affinity Place in Estevan.

It will be the 14th renewal of the Home Hardware Canada Cup, featuring this country’s best men’s and women’s curling teams playing for a share of a $140,000 cash purse ($70,000 to each gender). In addition to the cash prizes, the winning men’s and women’s teams will be guaranteed of a berth in the 2021 Road to the Roar Pre-Trials, which will be the final qualifying event for the 2021 Tim Hortons Roar of the Rings Canadian Curling Trials — the event that will decide Canada’s four-player teams for the 2022 Winter Olympics in Beijing.

Additionally, the 2018 Home Hardware Canada Cup champions will qualify for a World Curling Federation World Cup event during the 2019-20 season.

“We’ve seen time and time again that Saskatchewan plays host to first-class curling championships, on and off the ice, and we’re excited to see Estevan stepping up to host the 2018 Home Hardware Canada Cup,” said Resby Coutts, Chair of Curling Canada’s Board of Governors. “Adding to the excitement will be the chance for fans to see many of Canada’s new-look men’s and women’s teams under one roof as they start their pursuit for Olympic glory.”

Seven men’s and seven women’s teams will be invited to play at the 2018 Home Hardware Canada Cup. With new teams being formed for the 2018-19 season, the Order of Merit standings — which allows new teams to combine the points individual players carried over from former teams — as of May 1 will be used to determine six invitees of each gender. The seventh team will be the top non-qualified team on the Canadian Team Ranking System as of mid-November.

It will be the first time a Curling Canada Season of Champions event has been staged in Estevan, but the city proved itself capable earlier this year by hosting a successful SaskTel Tankard provincial men’s championship at Affinity Place. It will be the third time the Home Hardware Canada Cup has been played in Saskatchewan; it was played in Moose Jaw in 2012 and in Yorkton in 2009. 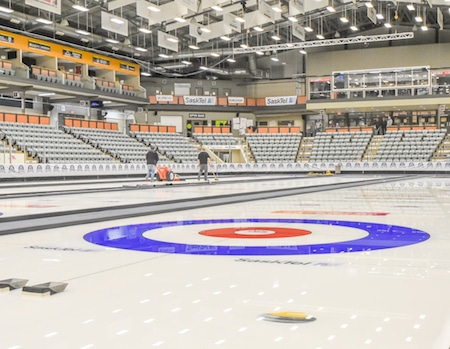 “Today marks another great occasion that will showcase the City of Estevan, its people and the surrounding communities,” said Roy Ludwig, Mayor of Estevan. “We are proud to be chosen to host one of Curling Canada’s premier competitions. This event will bring many people to our city and allow us the opportunity to share our community with people across Canada. Estevan has hosted provincial curling events in the past and with that success it’s our time to try our hand at a national event. We know that the unique experiences; the attractions and many historical sites will enhance the experience of the people that come to our community and surrounding area.”

“Being a huge curling fan, I am so excited to see that Estevan will be hosting the 2018 Home Hardware Canada Cup,” added Lori Carr, MLA for Estevan. “We welcome all the teams, families and fans that will be attending this event.  I have not doubt our great base of volunteers will help ensure this event goes smoothly.”

Opened in 2011, Affinity Place is the home of the Saskatchewan Junior Hockey League’s Estevan Bruins, and seats approximately 2,200 for hockey.

“There is a significant appetite in Estevan for championship curling, and I know that today’s announcement will be well-received in our community,” said Host Committee Vice-Chair Helen Fornwald. “We’ll be working extremely hard over the coming weeks and months to make sure the 2018 Home Hardware Canada Cup goes off without a hitch, and that competitors, fans and officials all leave with smiles on their faces.”

“It was shown during the recent Tim Hortons Brier that the Saskatchewan curling community truly gets behind big events, and we’re confident Estevan will be ready to host Canada’s best teams in December,” said Ashley Howard, Executive-Director of CURLSASK. “The SaskTel Tankard showed everyone that there is a vibrant group of curling fans and volunteers in Estevan, and I know they’ll be hard at work for the next eight months to make sure the 2018 Home Hardware Canada Cup is a success story.”

It will be the 14th Home Hardware Canada Cup. The event was staged in Kamloops, B.C., for the first six years. It has since been played in Yorkton, Medicine Hat, Alta.,  Cranbrook, B.C., Moose Jaw, Camrose, Alta., Grande Prairie, Alta., and, most recently, in Brandon, Man., in 2016, where teams skipped by Winnipeg’s Reid Carruthers and Jennifer Jones prevailed.

The Home Hardware Canada Cup isn’t played in Olympic seasons, and is replaced in the schedule by the Tim Hortons Roar of the Rings.

Tickets will go on sale in early May. Details will be announced close to the on-sale date.

“Home Hardware is proud to sponsor the 2018 Home Hardware Canada Cup,” said Terry Davis, President and CEO, Home Hardware Stores Limited. “As a 100 per cent Canadian-owned and operated company, we feel pride in celebrating the many accomplishments of Curling Canada with the millions of Canadians from coast-to-coast-to-coast.”