Crocker and Muyres qualify for playoffs at World Mixed Doubles

Team Canada’s Laura Crocker and Kirk Muyres won the battle of Group E undefeated teams on Tuesday evening, taking a 9-3 decision over Czech Republic’s Zuzana Hajkova and Tomas Paul and securing a spot in the playoff round at the 2018 World Mixed Doubles Curling Championships in Östersund, Sweden. 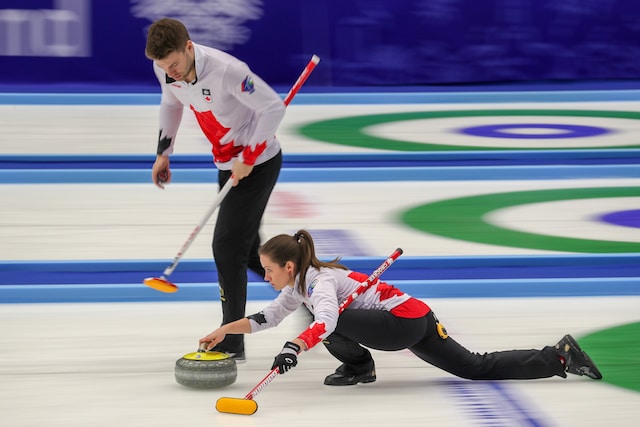 The Canadians stole two in the first end and held a commanding 7-1 lead after four ends. In the fifth, Hajkova and Paul used the power play to attempt a multiple score, but a double takeout by Crocker on her last rock held them to one. Another deuce in the sixth put Canada even further ahead, and the Czech Republic duo conceded after seven. Crocker felt the difference today was the Canadians’ control of draw weight and knowing the paths on the ice. “We talked a lot about it after our last game,” she said. “We weren’t quite figuring out the lines because our weights weren’t bang on, so we could never really figure out if we had the broom in the right place. We started the game today with really good weights and that helped us get it figured out.” “That was by far our best game out there,” said Muyres. “It just game down to hammering that weight the right way and once we (did that) we knew our lines were good, so that gave us that little extra piece of confidence and hopefully we can keep that rolling now.” 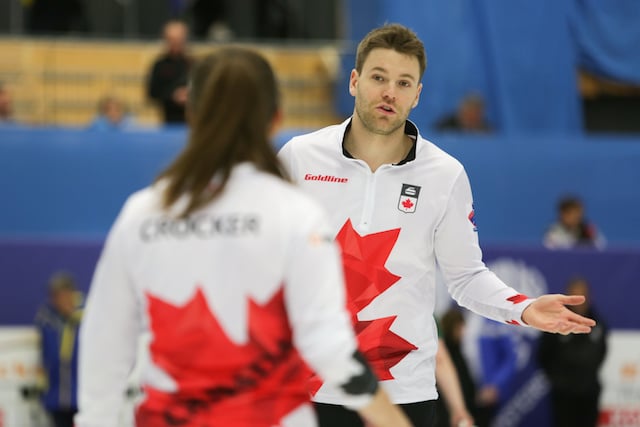 Canada plays Germany (2-3) on Wednesday at 2 a.m. ET, and will play their final round robin game on Thursday against Korea (5-0) who has also qualified for the playoffs.   Follow the scoring on the World Curling Federation website, https://www.worldcurling.org/wmdcc2018/livescores Selected games at the 2018 World Mixed Doubles Championship will be live-streamed on the World Curling Federation’s YouTube channel.