Anderson and White through to semifinals at World Seniors

Sherry Anderson and Wade White will lead their teams into the semifinals of the 2018 World Senior Curling Championships on Saturday after battling through the qualification rounds on Friday in Östersund, Sweden. 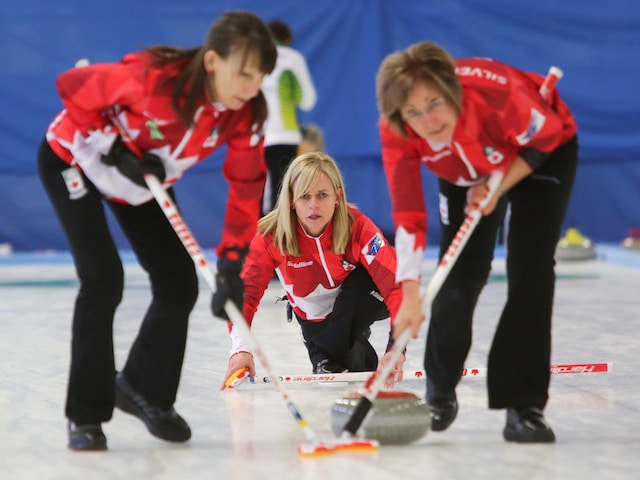 Anderson and her Saskatoon team of vice-skip Patty Hersikorn, second Brenda Goertzen, lead Anita Silvernagle and coach Bill Tschirhart (6-1) defeated Finland’s Mari Hansen 10-6 in the women’s qualification game on Friday to earn their spot in the semifinal against Switzerland’s Dagmar Frei. “I thought Finland played really well and I thought we played okay,” said Anderson after the morning game in which Canada led the whole way but gave up three points in the seventh end. “We just had a couple of nose-peels in the seventh and it doesn’t take many mistakes to give up a three. But, other than that, it wasn’t bad, just a couple of shots here and there as a team.” Anderson is confident that her team is ready for the playoffs on Saturday. “I think we’re in good shape for the semifinals,” she said. “It’s nice to have played today. You want to stay on the ice and stay in that mode of playing. I was fine with playing today and, as long as you win, I’m happy playing every day!” In the men’s quarter-final, White, backed by vice-skip Barry Chwedoruk, second Dan Holowaychuk, lead George White and coach Bill Tschirhart, was only able to manage a single in the first end against Norway’s Tormod Andreassen, but cranked up the offence to steal the next two ends. 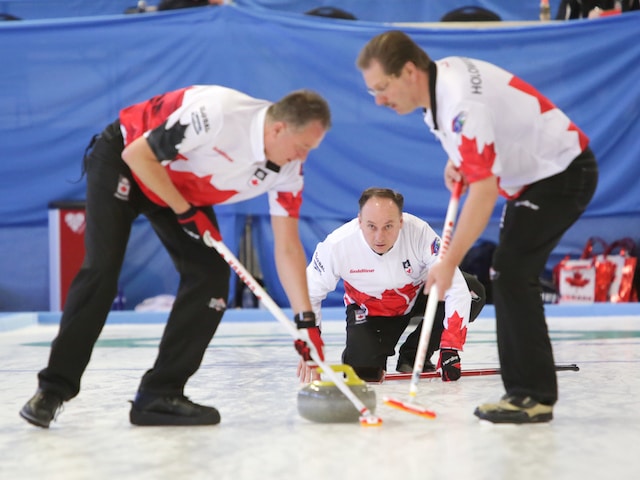 White had a 6-4 lead heading into the eighth and survived a scare as Norway stole a single, but Canada held on for the 6-5 win and a ticket to the semifinal on Saturday. “I thought that was a better game (than this morning’s),” White said.  “We threw a lot of good draws early and we got them into a lot of trouble. The team was curling well, and I had better control of my draw weight. Two up coming home is a good spot to be in. We’re peaking at the right time.” White earned his spot in the quarter-finals with a 5-3 win over Wales’s Adrian Meikle in the qualification round on Friday morning. Semifinals for both men and women are at 3 a.m. ET on Saturday, with the medal games following at 8 a.m. ET. Following the live scoring on the event website at https://www.worldcurling.org/wscc2018/livescores