All of the reigning World and Olympic curling champions will be under one roof for the 2019 World Financial Group Continental Cup, Jan. 17-20 at Orleans Arena in Las Vegas. 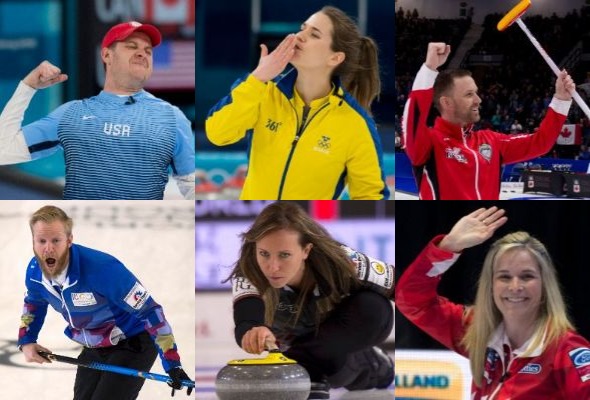 And that array of superstars will be playing in a new format for this unique championship, which will be contested for the 15th time, and for the fourth time in Las Vegas.

Team North America will have a new coach — Jeff Stoughton of Winnipeg — and a new captain — Pete Fenson of Bemidji, Minn. — in place in pursuit of a seventh straight victory in the four-day competition, which will see players competing in mixed doubles, team and skins competitions.

Team North America will be rounded out by Canada’s 2018 Olympic teams skipped by Kevin Koe of Calgary and Rachel Homan of Ottawa, two-time defending Tim Hortons Brier champion Brad Gushue of St. John’s, and with Jamie Sinclair’s reigning U.S. women’s champs. Sinclair hails from Manotick, Ont., but is eligible to play for the U.S.

“I’ve got big shoes to fill as Rick Lang did an amazing job coaching Team North America for the past few years,” admitted Stoughton. “But I’ve got a great team with me on the bench with Pete and Jill, and the talent that we’ll put on the ice speaks for itself. I’m very excited to see what they can do in Las Vegas.”

Team World is coming off perhaps its most crushing loss during this slump that dates back to its most recent victory, in 2012 at Langley, B.C.

Last January in London, Ont., each side finished with 30 points at the conclusion of the final round of skins competition. That forced a draw-to-the-button tiebreaker, with Team North America’s Gushue getting the better of Team World’s Thomas Ulsrud to claim the championship trophy.

Once again, Scotland’s David Murdoch will serve as Team World Captain, while Fredrik Lindberg of Sweden will be the Coach, with the always-popular Christoffer Svae of Norway as the assistant coach.

“We have a great lineup of teams and we hope to keep the excellent team spirit we created in London, Ont., last season and carry that forward as we came ever so close to regaining the Cup,” said Murdoch. “We have a unique group of teams from only three countries, so this will help hugely with communication and dynamics. This is our time! Team North America will be strong but we want this more! We will bring our best and battle for every point to bring the Cup home!”

Once again, there will be 60 points available over the four days of competition, meaning the first side to reach 30.5 points will be declared 2019 World Financial Group champions.

But there will be some format changes this season:

The closing day of the World Financial Group Continental Cup will feature two rounds of Skins competition, with reach game worth five points in the overall standings.

Full event ticket packages, along with ticket/accommodation packages, are available at www.curling.ca/2019continentalcup/tickets/. As always, tickets and rooms are going fast in the Entertainment Capital of the World!

Additionally, volunteers are now being recruited for the competition. Go to www.lasvegascurling.rocks/volunteer for more information.