It’s not how you start, it’s how you finish The famous sports axiom might be a perfect mantra to sum up the year for Ottawa’s Rachel Homan team. 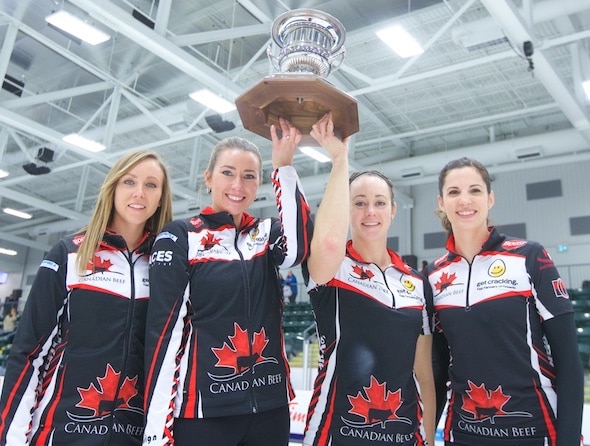 At the end of 2017, her team was feeling on top of the world, having won the right to represent Canada at the Olympic Games in Korea.

It’s no secret that the result there was a disappointment. But then, things seemed to snowball. Sweden’s Anna Hasselborg overtook Team Homan for the World No. 1 ranking. Winnipeg’s Jennifer Jones went on to win the 2018 world championship.

And then to start off the fall, Hasselborg won two Grand Slam events, while Kerri Einarson (Gimli, Man.) was making headlines by winning four events, and appearing in three other major finals, including the Home Hardware Canada Cup — won by Jones.

It appears now, however, that Homan and her team of Emma Miskew, Joanne Courtney and Lisa Weagle are back where they were a year ago: on top of the world.

Along with its ninth Grand Slam championship, and the points, Team Homan also cashed a cheque for $30,000. Einarson, who lost the Boost National final 4-1 to Homan, took home $18,000.

The men’s side of the event featured two Scottish teams in the final, which has become less surprising in recent months. A few weeks back Ross Paterson and Glen Muirhead faced off in the final of the WCT’s Ashley Homestore Curling Classic in Penticton, B.C. The same weekend, Scotland’s Bruce Mouat was in Estonia winning the European Championship.

Meanwhile, in China, Regina’s Matt Dunstone has run through the round robin undefeated at the Qinghai Curling Elite. His 8-0 record will move him into the semifinals starting today. On the women’s side, Edmonton’s Kelsey Rocque needs a win in her last game to finish in a playoff position.

You can find scores on curlingzone.com.