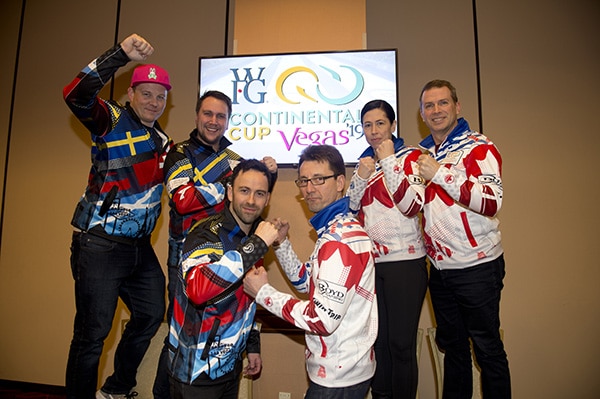 Saturday’s action features the the women’s Team Scramble, men’s Team Scramble and Mixed Team Play draws and Sunday will close with two Skins draws. Lineups for the Saturday portion of the competition will be set on Friday and Sunday’s lineups will be determined on Saturday.

Each game at the World Financial Group Continental Cup is played for points. A total of 60 points is available throughout the competition with the first team to 30.5 points claiming the championship.

Traditional Team Play, Mixed Doubles and Team Scramble games are worth one point each, or half-point for a tie. Mixed Team Play games are worth two points each and skins games has five points up for grabs.

All games are eight ends and there are no extra ends.

TSN/TSN2 and RDS2 will provide complete coverage of the World Financial Group Continental Cup. CLICK HERE for the complete schedule. The event is also livestreamed in the United States on ESPN3.