One of Canada’s most accomplished Under-21 curlers will have the opportunity close out his junior career on home ice, it was announced today by Curling Canada.

Three-time Canadian junior men’s champion Tyler Tardi plays out of the Langley Curling Centre, which is located at the George Preston Recreation Centre — the host facility for the 2020 New Holland Canadian Juniors. 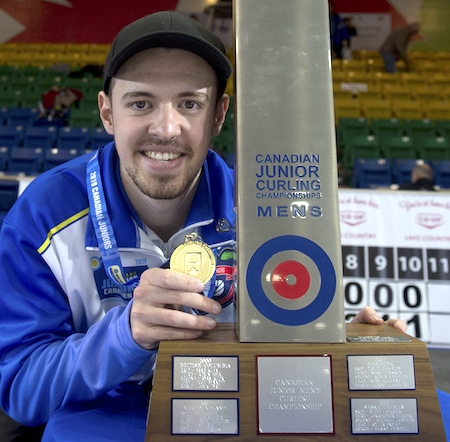 “We’re still feeling the excitement of winning this year’s New Holland Canadian junior championship, and knowing that I’ll have the opportunity to compete next year on home ice is beyond a thrill,” said Tardi, who along with his vice-skip Sterling Middleton became the first curlers ever to win three Canadian junior championships by winning gold at the 2019 New Holland Canadian Juniors in late January in Prince Albert, Sask. “The Langley Curling Centre is a superb facility, and I know it will be in first-class condition next year so that the competitors can show off their skills.”

New Holland, a world leader in the manufacturing and selling of agricultural and construction equipment, will continue its support of junior curling as the title sponsor for the biggest national junior curling championship in the world.

“In the western provinces of Canada particularly, curling and farming are both woven into the fabric of life. That’s why New Holland has partnered with Curling Canada to support the great sport of curling,” said Bret Lieberman, Vice President, New Holland, North America. “We’re especially proud to have our name associated with the Canadian Juniors tournament for the third straight year.”

“While New Holland supports curling on a national level, New Holland Dealers lend their support to their local curling clubs,” added Doug Warrener, New Holland’s Canadian Director of Growth and Specialty Sales. “With over 125 New Holland Dealers located in rural communities across Canada, we take a great deal of pride in the role we play in the development of the country’s best young curlers.”

It will be the first time the Canadian junior championships have been contested in Langley, but the city has host significant curling events in the past — none bigger than the 2012 World Financial Group Continental Cup when Team World prevailed over Team North America at the Langley Events Centre. 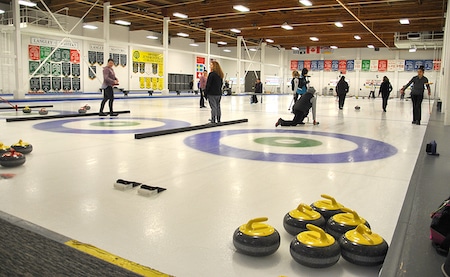 “The Township of Langley is proud to welcome this prestigious curling championship to our community,” said Mayor Jack Froese. “Langley Township is full of enthusiastic sports fans who will be thrilled to experience curling at this level. We look forward to seeing the top junior curlers in the country put on their best display of skill, teamwork, and dedication as they vie to be named the best in Canada.”

The George Preston Recreation Centre opened in 1973; the arena is the home of the B.C. Hockey League’s Langley Rivermen, while the Langley Curling Centre is a six-sheet facility located in the same complex, making it an ideal host for the 2020 New Holland Canadian Juniors.

“The Lower Mainland of British Columbia is a beautiful part of our country, and I know the athletes, their coaches and their families will be welcomed with open arms at the 2020 New Holland Canadian Juniors,” said Maureen Miller, Chair of Curling Canada’s Board of Governors. “Watching Canada’s future curling superstars is a thrill, because we know these are the athletes who will be representing us on the world stage for years to come; fans in Langley are definitely in for a treat.”

The 2020 New Holland Canadian Juniors will give B.C. fans more than just the opportunity to watch the country’s best young curling teams in action; it will also be a chance to celebrate the 125th anniversary of curling in British Columbia. 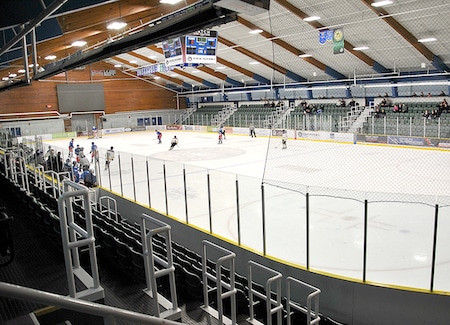 “We’re proud to welcome the New Holland Canadian Junior Championships back to B.C., and equally proud that our province has such a great history at this event, both as hosts and participants,” said Scott Braley, Chief Executive Officer of Curl BC. “This country’s next generation of curling stars will put on a memorable show in Langley, and I know they’ll be treated like royalty by the Langley host committee.”

B.C. teams have won a combined 10 Canadian junior championships — the most recent being Tardi’s team representing the Langley Curling Centre winning in 2017 at Victoria, 2018 at Shawinigan, Que., and last month at Prince Albert, Sask. Other previous winners were Corryn Brown in 2013 at Fort McMurray, Alta., Brad Kuhn in 2000 at Moncton, N.B., Dean Joanisse in 1989 at Winnipeg, Mike Wood in 1988 at North Vancouver, Julie Sutton in 1987 at Prince Albert, Jodie Sutton in 1986 at Rouyn-Noranda, Que., Sandra Plut in 1982 at Winnipeg and Jerry Laughlin in 1961 at Prince George.

“We were thrilled to get word from Curling Canada that our bid for the 2020 New Holland Canadian Junior Championships was successful,” said Nigel Easton, Chair of the Langley Host Committee. “We want to give players, their families and visiting fans an experience they won’t soon forget when they come to Langley next year. We have a first-class facility, and it will be a perfect stage for these young athletes.”

With 14 teams in each gender (representing each of the 10 provinces in addition to Northern Ontario, the Northwest Territories, Yukon and Nunavut), the field will be split into two seven-team pools. Teams will play a round robin within their pool, leading to a championship pool beginning on Wednesday, which will then lead to the weekend playoffs. Teams that don’t qualify for the championship pool will play a seeding pool to help determine rankings for the 2021 Canadian Juniors (host site TBD). Meantime, non-playoff teams will participate in a mixed doubles competition.

Alberta has won a leading 16 junior men’s titles while Saskatchewan is second with 14. In women’s, Saskatchewan boasts a leading 11 victories, followed by Alberta with nine.

The winners of the 2020 New Holland Canadian Juniors will represent Canada at the 2020 World Junior Championships (dates, location, TBA by World Curling Federation),

Canada has won a leading 20 world junior men’s titles since 1975 and 11 women’s crowns since 1988. Canadian teams skipped by Tardi and Nova Scotia’s Kaitlyn Jones swept gold at the 2018 World Juniors in Aberdeen, Scotland.