Canadian teams stay close to the top at 2019 Universiade 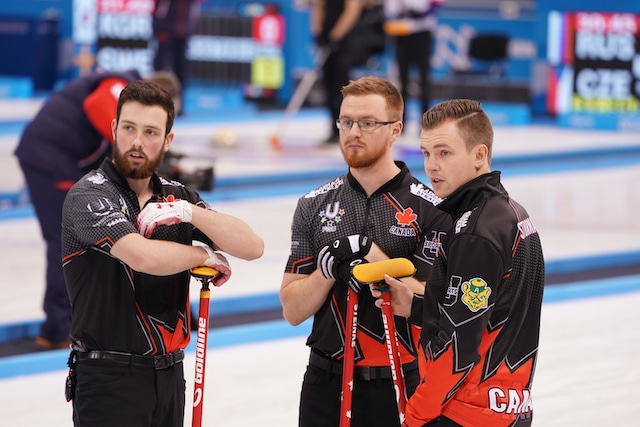 They bounced back with a 13-8 win over U.S.A.’s Andrew Stopera in a wild game that saw the teams exchange five-enders. “It was a high-scoring game with lots of curl and potential for great shot-making,” said Sturmay. “That happened on both ends and they (USA) put together a great end to get five and then we bounced back to do the same thing. That was the first time I’ve seen back-to-back fives in my career.” “Today was a bit of grind and we came a little slower then we would have liked in the morning,” he added. “But I felt the boys re-grouped and everyone got their stuff together and came on strong in the evening.” With the win, the Canadian men now have a 2-1 record and share second place in the standings with four other teams. Leading the pack is undefeated Switzerland, skipped by Yannick Schwaller, a former World Junior gold and silver medallist. In women’s action, Streifel and her team of vice-skip Danielle Schmiemann, second Selena Sturmay, lead Jesse Iles, alternate Paige Papley and coach Garry Coderre had a close game with Sweden’s Isabella Wranaa. Canada stole a point in nine to even the score at 5-5, but Wranaa, the 2018 World Junior silver medallist, was able to score her deuce for the 7-5 win. “I am very proud of these athletes,” said coach Garry Coderre about the Streifel team. “We have only played three games together since we won U SPORTS nationals last year because of the commitment they had to different teams this season. So in a very short time to put a maple leaf on your back and be part of Team Canada at Universiade in Russia and be sitting with a 2-1 in two days of competition is great. We have a long road ahead of us.” The Canadian women are in a five-team logjam for second place behind undefeated South Korea, led by Minji Kim. Up next for the Canadian women are Switzerland (Monday 9 p.m. ET) and Great Britain (Tuesday 7 a.m. ET), while the men are up against Russia (Tuesday 2 a.m. ET). 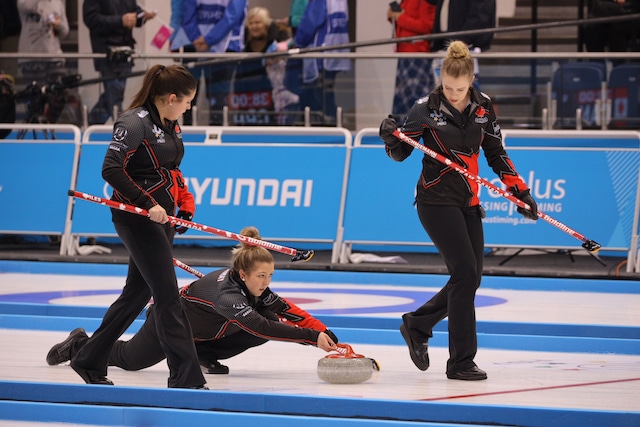 Live scoring will be available on the official event website, https://krsk2019.ru/en Additionally, keep checking curling.ca for stories throughout the competition. There will be live streaming of the 2019 Winter Universiade, including selected curling matches, at www.fisu.tv/ as well as FISU’s Youtube channel. For information on the Canadian athletes competing in all sports at the Winter Universiade, go tousports.ca/en/international/universiades/winter-2019