Cathy MacCallum finds it hard to believe that her efforts to improve ice conditions at her little curling club in Lacolle, Que., have resulted in recognition by Curling Canada as the 2017-18 Volunteer of the Year. 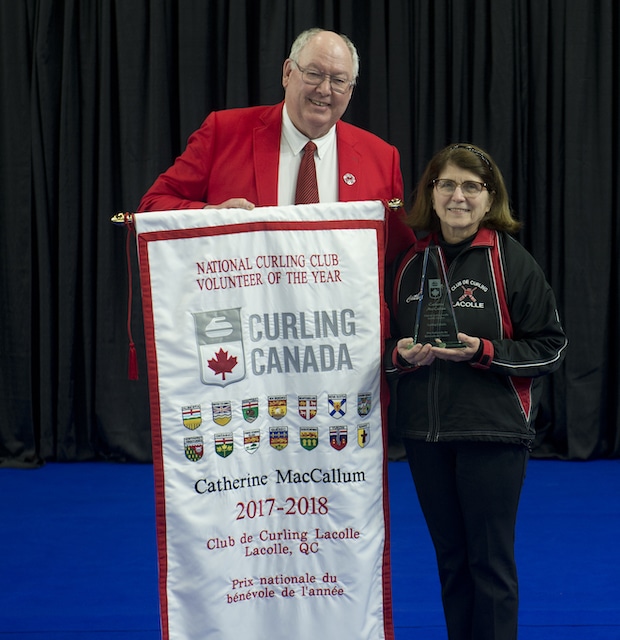 2017-2018 Volunteer of the Year Catherine MacCallum is presented with her award by Curling Canada Board governor Resby Coutts at the 2019 Tim Hortons Brier in Brandon, Man. (Curling Canada/Michael Burns photo)

“To be honest, I was surprised and thrilled at the same time,” says the former Grade 7 teacher about the moment she heard the news of her award. “I didn’t expect the honour at all.” But the honour doesn’t surprise anyone in the Lacolle curling community. “When Cathy calls for help,” says club member Bob Gill, “the membership always responds en masse. To me that’s the sign of a great leader.” It was MacCallum’s gift for leadership that kicked in during the 2017-2018 season when, after seven decades with little in the way of upgrades, the Lacolle Curling Club was desperately showing its age, especially in its deteriorating ice conditions. That’s when MacCallum took action to replace the outdated cooling system and upgrade the club infrastructure. She invested countless hours of research into what grants could be available, writing the grant applications, and then, when a government grant was awarded that required matching funds from the club, headed up the efforts to raise those funds. “Cathy smashed into action,” says Lorraine Bastien one of the club’s board members. “(She) wrote up the project and diligently asked the government for help. She was relentless when it came to contacting officials that could help us along the way. This in itself required patience, diplomacy and perseverance, three qualities that we discovered in our mighty president.” 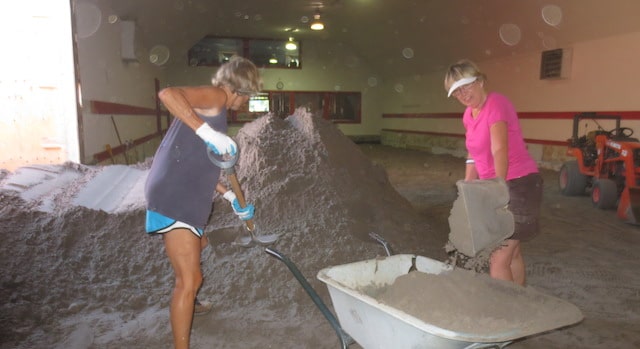 Once the money was in place, the work REALLY began. Heavy labour would still be required, and MacCallum was right there in the trenches with her fellow club members, pushing wheelbarrow loads of sand, cutting pipes, removing sidewalk boards, and on top of that, providing snacks for volunteers – snacks that she had prepared herself. The hard work finally came to fruition in late December, and members were back curling on superb ice in January 2019. MacCallum was honoured during an on-ice ceremony at the 2019 Tim Hortons Brier in Brandon, Man., and the emotions were strong. “I think humbled is as good a word as I can come up with,” she said before heading to Brandon. “I know there are so many good people all over Canada who work hard as a volunteer and deserve to be thanked and recognized for their efforts. I’m feeling gratitude for all the support and help not only from our members but especially from my husband, Bruce for putting up with all my expectations after saying, ‘I was thinking’ – three dreaded words, because everyone knows that means I have an idea that will create work for many!” But her fellow club members don’t dread MacCallum’s big ideas; instead, they celebrate and appreciate them. “Young and old alike will be curling in Lacolle for years to come because of this wonderful achievement,” says fellow board member Bastien. “We are extremely thankful and proud to have Catherine MacCallum as our club president.” 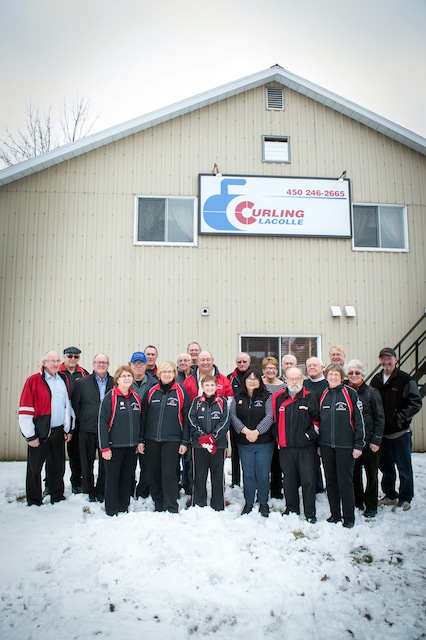 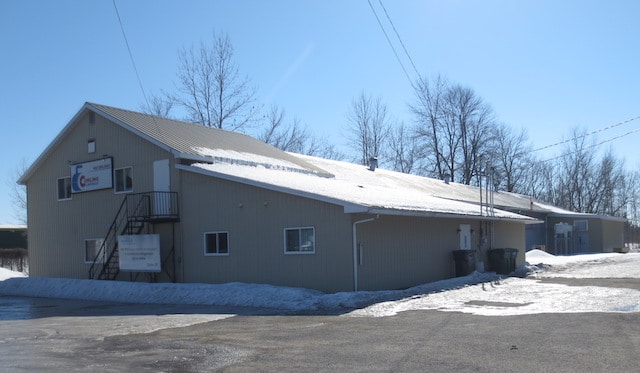