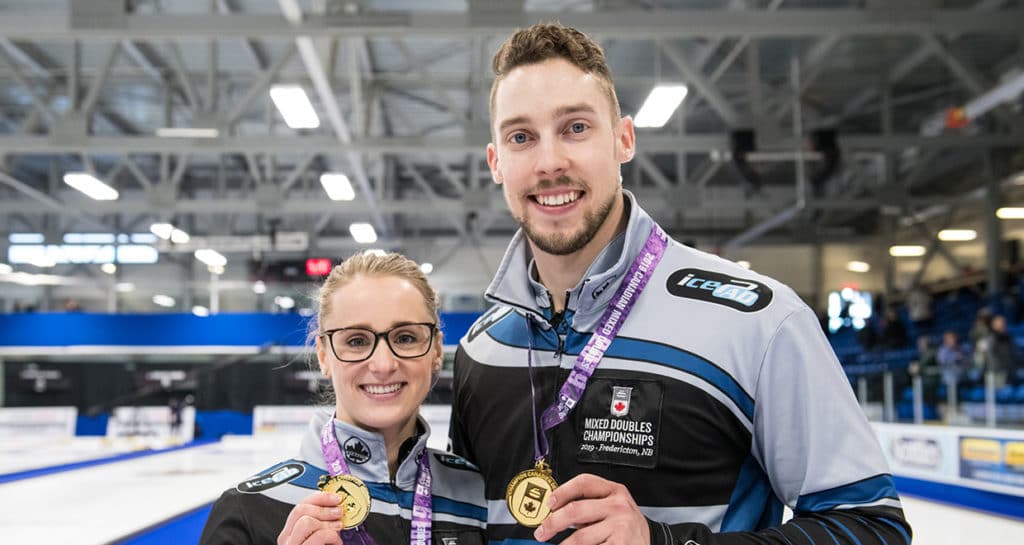 Peterman/Gallant gained the upper hand in the tightly-contested game during the sixth end. Tied 3-3, Martin/Griffith left their only two stones in the house lined up and surrounded by four Peterman/Gallant stones. Peterman settled into the hack and threw a perfectly-executed double to score five and take an 8-3 lead.

“When we got that opportunity in the sixth end we had to take it and Jocelyn came up just huge with that shot. Felt like if we made it, we win the game and she made it perfect,” Gallant said.

“I knew there was a lot on the line with that shot and I took my time,” Peterman said. “We knew what to expect with the ice and just threw it to make it.”

But Martin/Griffith showed signs of life in the seventh end. They had an opportunity to play a tapback for four, but it was a bit light and they settled for three. Peterman/Gallant, with an 8-6 lead, used the power play in the final end and and scored one.

Peterman and Gallant, seconds for Team Jennifer Jones and Brad Gushue respectively, won the mixed doubles title in 2016. They’re the only players to win two national titles over the span of the seven-year event. 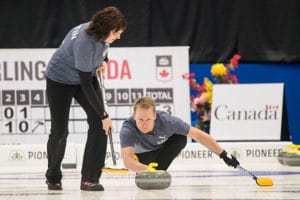 In the first end, Martin/Griffith left Peterman/Gallant with an open draw for two. The teams exchanged single points over the next three ends and Martin/Griffith evened the score 3-3 with a fifth-end steal before the score of five in the sixth.

“If I had made my last one, we’re looking pretty good,” Griffith said of the sixth end. “It’s going to be hard to swallow that one. I think with the week we had I thought we were going to win that game.”

Peterman and Gallant will now represent Canada at the 2019 World Mixed Doubles Curling Championship in Stavanger, Norway from April 20-27. While they’ve won a national title before, it will be the first time they play at the world mixed doubles event. In 2016 they couldn’t attend to due a scheduling conflict.

“It was really unfortunate that we didn’t get to go last time. It’s always an honour to wear the Maple Leaf and I’m looking forward to doing it,” Peterman said. 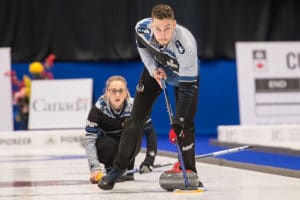 An Under-25 mixed doubles test event also wrapped up on Sunday. Kate Paterson and Emmanuel Porter won the gold medal game, defeating Deanna MacDonald/Dylan MacDonald 10-5. They capitalized with a four-ender in the first and a steal of one in the second.

“It was really important for us to just get settled in,” Porter said of the early lead. “That was our plan, to get a big end early and calm the nerves.”

This story will be available in French as soon as possible at: https://www.curling.ca/?lang=fr