SHERWOOD PARK, Alta. — Ontario’s Dylan Niepage had a less than ideal start at the 2019 Canadian Under-18 Curling Championships. The 17-year-old skip was feeling discouraged after starting the event with one win and two losses. 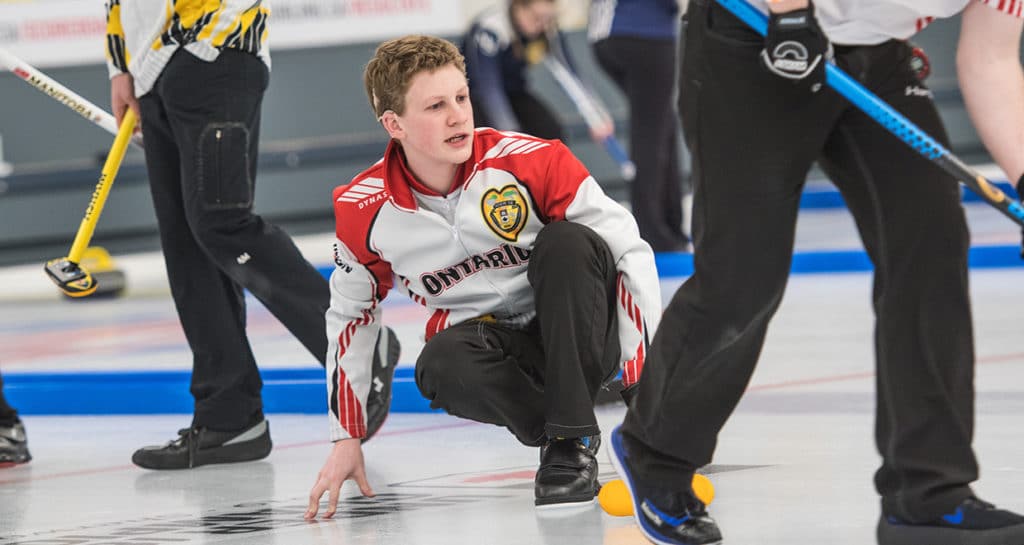 Dylan Niepage started the 2019 Canadian Under-18 Curling Championships slow, but built momentum throughout the week to advance to the semifinal. (Photo, Infinite Eye Photography)

“This has been a great experience so far. I want to thank everyone who put this together. The host committee, the people working in the restaurant upstairs…It’s been amazing so far. All the ice makers. The ice has been great all week and very consistent,” Niepage said.

While the ice is consistent, Niepage will be the first to admit that his level of play at the start of the week was not.

“In the first couple games I was getting down on myself and that caused me to not play as well as I could have,” Niepage said. “My coach has offered continuous support and also our parents being out there and cheering us on. They’re keeping us nice and light so we’re not getting too down on ourselves, that’s really meant a lot.”

Now his team has strung together five straight victories and is guaranteed to play for a medal after qualifying for the semifinals on Saturday. 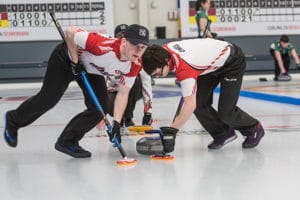 The majority of the team has played together for the last three seasons with the exception of vice-skip Hastings who joined this year. Niepage and his team battled through a competitive provincial field to earn their first provincial title and represent Ontario at a national championship.

“I’m really honoured to be considered Team Ontario. The provincials we had to go through was such a strong field,” he said.

Niepage wears cochlear implants, needing his first when he was just over one year old. It’s a device that’s necessary for him

Because of it, he’s no different than anyone else both on and off the ice. He’s can communicate with teammates and coaches and maintains a solid academic output at school as an Honours student throughout his entire high school career.

Niepage will attend the University of Guelph’s accounting program next school year with the goal of receiving his CPA certification.

But for now he’ll focus on coming away with a medal at the 2019 Canadian Under-18 Curling Championships. Ontario will play Manitoba’s Jordon McDonald (St. Vital Curling Club, Winnipeg).

The 2019 Canadian Under-18 Curling Championships continue on Sunday with the semifinals at 9 a.m. and the gold- and bronze-medal games at 1 p.m. (all times MT).

This story will be available in French as soon as possible at: https://www.curling.ca/?lang=fr