Two teams with plenty of podium experience came out on top at the 2019 College Clean Restoration Canadian Masters (60 and over) Men’s and Women’s Curling Championships, which concluded on Sunday at the Nutana Curling Club in Saskatoon. 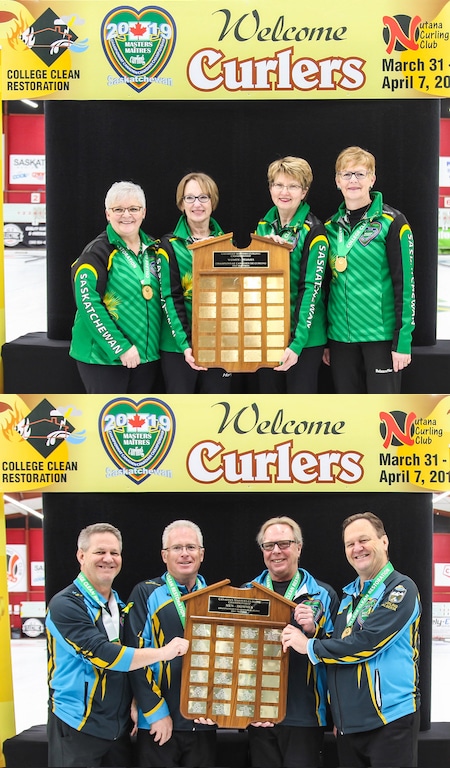 On the women’s side, Syrota — backed up by vice-skip Beverly Krasowski, second June Campbell and lead Sylvia Broad — capped a perfect 11-0 performance in Saskatoon in front of friends and family with an 8-7 win over B.C.’s Janet Klebe. Syrota’s team trailed 7-5 going to the eighth and final end, but Syrota drew for the winning three to claim gold.

Pendergast was backed up by vice-skip Rob Armitage, second Randy Ponich and brother Kevin Pendergast, while the Hackner team featured Eric Harnden, Frank Morissette (a longtime rival of Pendergast when he lived in Calgary) and Bruce Munro.