Canada aims to finish the curling season with a trio of gold medals at the upcoming 2019 World Mixed Doubles and World Senior Men’s and Women’s Curling Championships which, begin Saturday in Stavanger, Norway. 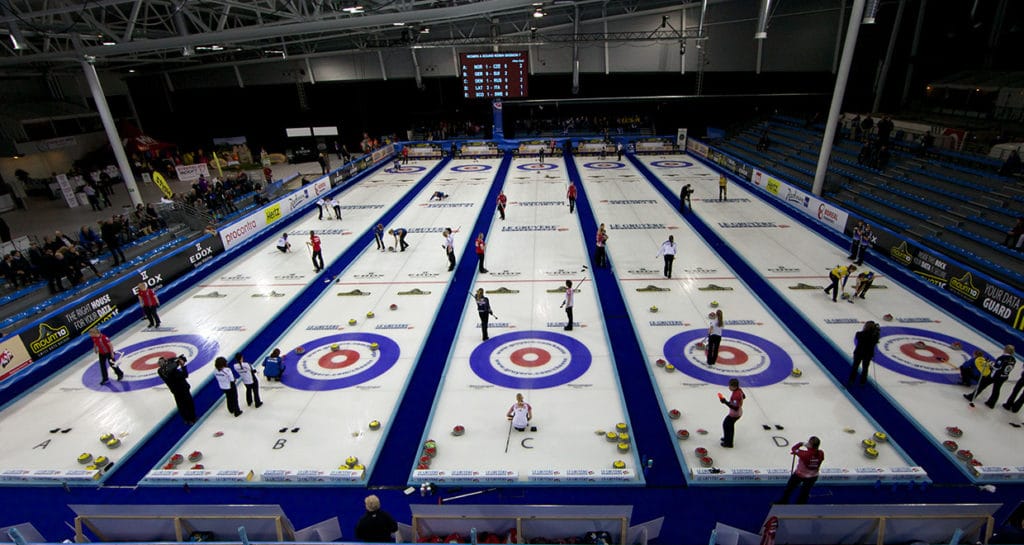 The duo of Jocelyn Peterman (Winnipeg) and Brett Gallant (St. John’s, N.L.) can make history as the first Canadian team to win a world mixed doubles gold medal. On the seniors side, Saskatoon’s Sherry Anderson seeks a second world senior women’s championship while Bryan Cochrane (Russell, Ont.) hopes to improve on the silver medal he won for Canada in 2017. 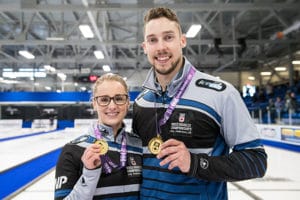 Peterman, Gallant and national coach Jeff Stoughton begin their round-robin schedule at the Sørmarka Arena with a game against Romania’s Iulia Traila and Allen Coliban at 10:30 a.m. ET (all times ET).

Canada is in a pool with Belarus, Denmark, Hong Kong, Japan, Romania, Sweden and Ukraine.

Peterman, who plays second for Jennifer Jones, has represented Canada on the international stage two times in her career. In 2016 she played second for Chelsea Carey at the world women’s and in 2012 she skipped Canada at the world juniors.

Gallant, second for Brad Gushue’s team, has been on the international stage three times. He won gold at the world men’s in 2017 and silver in 2018 with Gushue. Like Peterman, he skipped a team at the world juniors. Gallant earned silver for Canada at the 2009 World Junior Curling Championships.

With 48 entries at the event, this is the largest championship to date. Five nations – Kosovo, Mexico, Nigeria, Saudi Arabia and Ukraine – are playing in their first World Curling Federation (WCF) event. Chinese Taipei is competing at its first world mixed doubles event, while Greece is competing at its first world event having previously competed in European championships organized by the WCF.

This will be the final open-entry version of the World Mixed Doubles Curling Championship. A new 20-team championship will be introduced next season along with a second tier qualification event. From this event, 16 teams will qualify directly to the new 20-team World Mixed Doubles Curling Championship next season. The remaining four entries will be decided at the qualification event.

Canada is ranked first in the WCF rankings heading into the championship. Kaitlyn Lawes/John Morris won gold at the Olympics in 2018, Laura Walker/Kirk Muyres won bronze at the 2018 world championship and in 2017 Canada’s Joanne Courtney and Reid Carruthers won the silver medal at the 2017 World Mixed Doubles Championship.

But competition will be stiff as many countries attempt to rise in the rankings. Canada will have two key games within its pool against Sweden and Japan. Sweden is repped by 2018 women’s Olympic gold-medallist Anna Hasselborg and 2019 Pioneer Hi-Bred World Men’s Curling champion Oskar Eriksson, who just won the event as vice-skip for Niklas Edin. Japan features 2018 women’s Olympic bronze-medallist Satsuki Fujisawa and partner Tsuyoshi Yamaguchi.

Other notable names in the field include: 2018 mixed doubles Olympic bronze-medallists Kristin Skaslien/Magnus Nedregotten of Norway, and 2018 men’s Olympic gold-medallist John Shuster and partner Cory Christensen of the United States.

The 48 teams are divided into six pools of eight and will play a round robin. The top two teams from each pool, along with four of the third-place teams with the best Draw-Shot Challenge (pre-grame draw to the button), qualify for the playoffs.

Round-robin play concludes on Thursday with the playoffs starting Friday. The gold- and bronze-medal games are scheduled for Saturday, April 27 at 7 a.m. and 10 a.m., respectively.

Go to https://www.worldcurling.org/wmdcc2019  for information on the draw a list of teams.

The World Senior Men’s and Women’s Championships will also be underway at Sørmarka Arena. 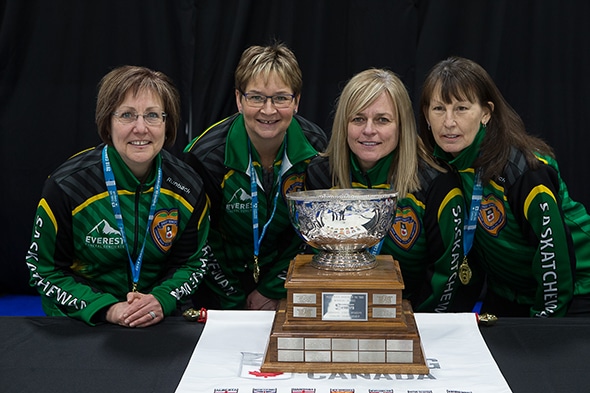 Anderson, vice-skip Patty Hersikorn, second Brenda Goertzen and lead Anita Silvernagle are back at the world seniors for the second consecutive season and are defending the gold medal they won last year.

Her team from Saskatoon will also represent Canada at next year’s world championship in Kelowna, B.C. from April 18-25, after winning a third consecutive senior national championship in Chilliwack, B.C., last month.

The Canadian women are involved in a 16-team, two-pool competition. Canada is grouped with: Australia, Finland, Hong Kong, Lithuania, Russia, Sweden and the United States.

Canada begins its round robin against Russia on Saturday at 6 a.m.. The two pool winners advance directly to Saturday’s semifinals on April 27 at 3 a.m., while the second- and third-place finishers in each pool meet in the quarter-finals on Friday.

Canada leads all countries in the women’s field with 12 gold medals over the 17-year span of the event. 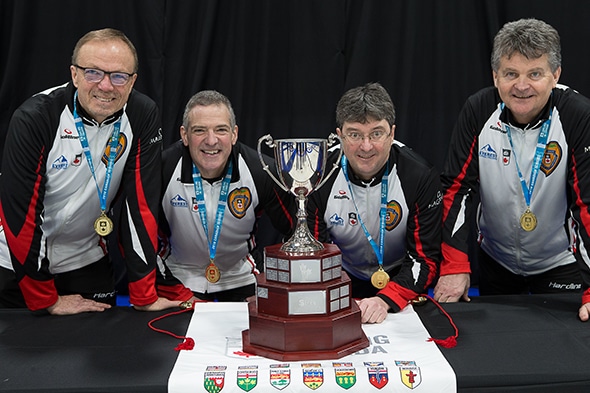 Cochrane and MacAulay won silver at the 2017 World Senior Championships and return for a second appearance on the world stage this year with a new front end.

Canada takes on Australia, Germany, Italy, Kazakhstan, Netherlands, Norway and Russia in its pool. The 27-team field is divided into three pools of seven and one pool of six.

Canada starts the competition against Russia on Saturday at 2 a.m.

The top four teams gain direct entry to the quarter-finals on Friday, with the fifth- through 12th-ranked teams playing in qualification games occurring earlier in the day. The semifinals are scheduled on April 27 at 3 a.m.

Gold- and bronze-medal games for both men’s and women’s commence at 8 a.m. on April 27.

The Canadian senior men have an impressive history over the course of the 17-year event. It has advanced to the final in every edition since its debut in 2002. Canada has won 10 gold medals and seven silver medals.

For more information on schedules and team lineups, visit: https://www.worldcurling.org/wscc2019