STAVANGER, Norway — Scores of six by the Canadian senior men’s and women’s teams set the tone for another successful day at the 2019 World Senior Curling Championships on Tuesday. 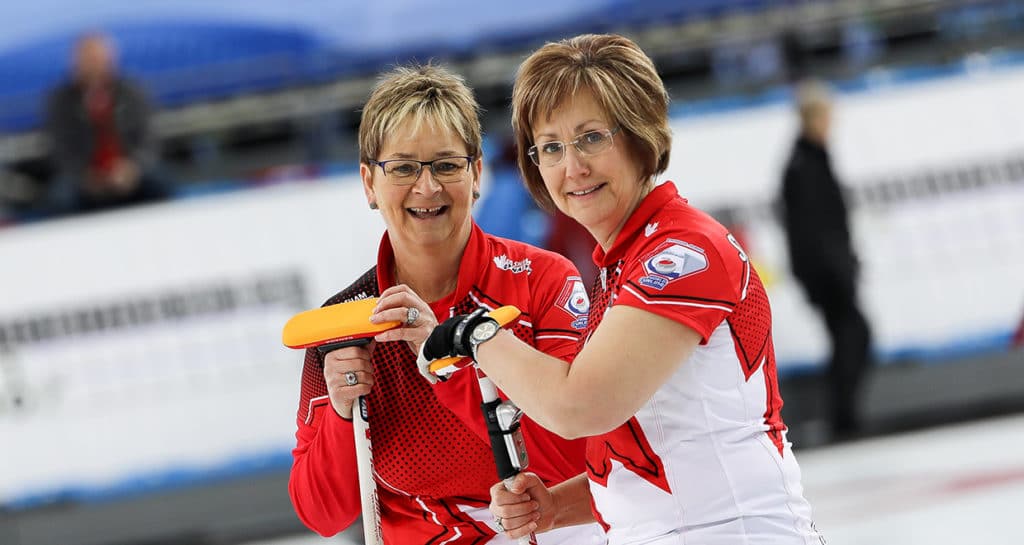 Both Sherry Anderson (Nutana Curling Club, Saskatoon) and Bryan Cochrane (Russell Curling Club) began their games with scores of six in the first end and cruised towards wins at Sørmarka Arena.

Anderson, vice-skip Patty Hersikorn, second Brenda Goertzen, lead Anita Silvernagle and coach Bill Tschirhart defeated Australia’s Sandy Gagnon 12-2 during the morning draw. Australia replied in the second with a score of one followed by an additional six points from the Canadians: four in the third, one in the fourth and one in the fifth. Australia scored one in the sixth and conceded.

Hersikorn and her team are defending world champions and are striving for steady improvement. The vice-skip says her team has developed their weight control and are providing consistent feedback so Anderson can confidently call line on the ice.

The Canadian senior women are now 5-0 in their pool with two more games to play. Canada faces Hong Kong’s Grace Bugg (2-2, prior to her game on Tuesday) on Wednesday at 2 a.m. (all times ET). 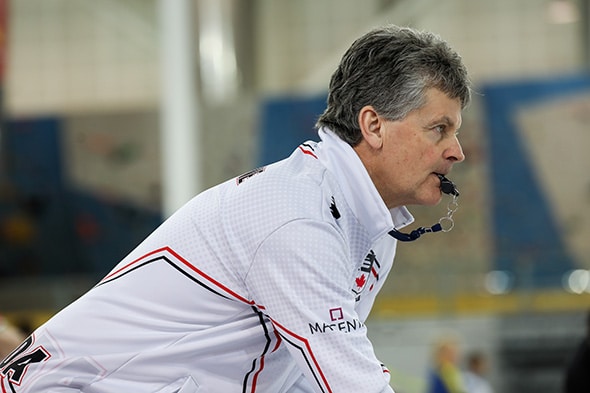 On the senior men’s side, Cochrane, vice-skip Ian MacAulay, second Morgan Currie, lead Ken Sullivan, alternate Paul Adams and coach Tschirhart opened the game against Jan De Jong of Netherlands with a hit for six. That set the tone for a 14-1 victory. Canada stole one in the second, two in the fourth and four in the fourth end. Netherlands scored one in the fifth and Canada added another point in the sixth to end the game.

“We as a team all agreed to use this as practise, stay focused on the practise. We’re trying freezes, board weight, hack weight; trying all sorts of different shots out there,” vice-skip MacAulay said.

The Canadian senior men’s team is 4-0 and plays an important game against Norway’s Flemming Davanger (4-0, prior to his final game on Tuesday) at 6 a.m. Davanger won gold at the 2002 Olympics as second for Pål Trulsen.

“It really does help because we all play on different teams. So it’s nice to have some competition against good teams and on different ice surfaces away from home,” Hersikorn said. “We really like to use the Canadians, when we’re fortunate enough to get there, so it’s good to use them to get used to this.”

It also served as a good tune-up for the senior men’s team.  MacAulay and Team Ontario won silver at the event.