STAVANGER, Norway — Canada’s Jocelyn Peterman and Brett Gallant are one step closer to reaching the playoffs at the 2019 World Mixed Doubles Curling Championship. 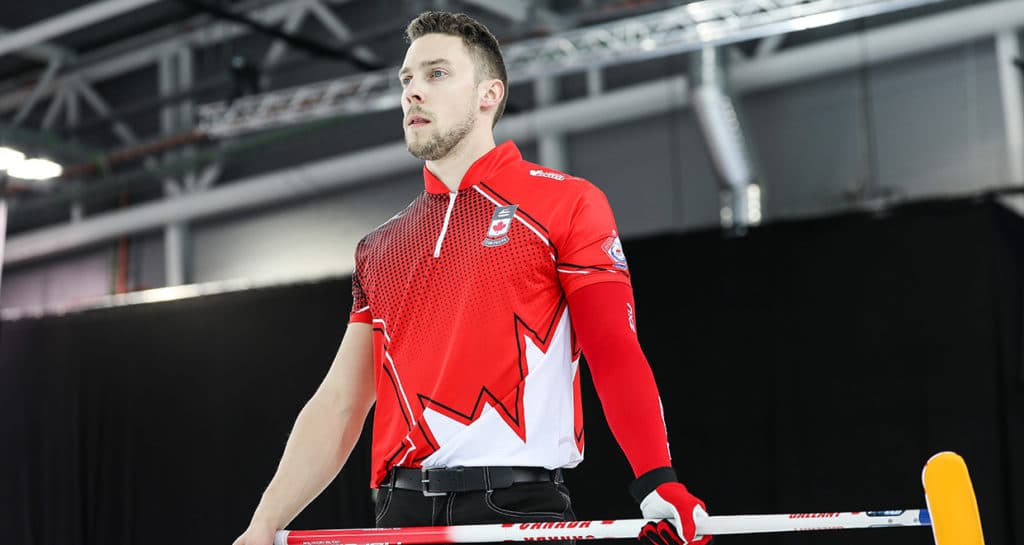 Peterman (Winnipeg), Gallant (St. John’s, N.L.) and coach Jeff Stoughton defeated Hong Kong’s Ling-Yue Hung and Jason Chang 9-3 on Wednesday night at Sørmarka Arena and improved to 6-0. The victory puts them in a likely scenario to qualify for the playoffs, but it will need to be confirmed on Thursday after all games are complete to determine playoffs scenarios. The top two teams from each pool qualify for the playoffs, while four of the six third-place teams with the best draw shot challenge distances will qualify for the final playoff spots. Canada can finish anywhere from first to third in its pool. If Peterman and Gallant land in third place, their chances to qualify in one of the final four spots are likely based on their last stone draw. Canada ranks second among all 48 teams with a total draw shot challenge of 20.37 cm. “Our draw shot challenge so far has been really good. We knew that’d be important because we knew there was going to be three really good teams in our pool. We knew even if we got into a tie, or end up in third place, that we’d want to have that really good draw shot challenge,” Gallant said. 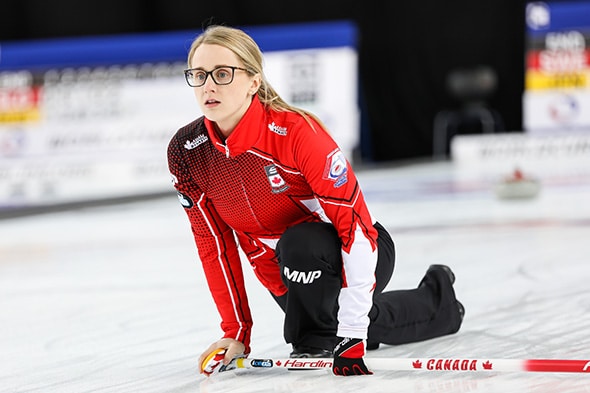 Hong Kong started with the hammer, but Canada played the first end perfectly. Peterman and Gallant put together five precise shots and after their final throw they had two well-secured stones in the four-foot. Hong Kong was light on its draw attempt, Canada stole two and then forced Hong Kong into a single point in the second end. “It was a good game. The ice was a little bit different than we’ve had all week so it took a little bit of time to adjust to that and start making some precise shots again,” Peterman said. Canada pulled away in the third end by taking advantage of a house crowded with red Canadian rocks. Peterman and Gallant scored three for a 5-1 lead and didn’t look back. It stole an additional three points in the fourth end and Hong Kong replied with a single point on the power play. Canada scored one in the sixth on the power play and Hong Kong scored one in the seventh end before conceding. Canada will attempt to finish the round robin with a flawless record on Thursday. Peterman and Gallant face 2018 Olympic bronze-medallist Satsuki Fujisawa of Japan her partner Tsuyoshi Yamaguchi (5-1) at 10 a.m. ET. TSN will broadcast select Canadian and playoff games, including Thursday’s game against Japan. For its complete broadcast schedule, click here.  A variety of non-Canadian games at the 2019 World Mixed Doubles Curling Championship will be live-streamed on the World Curling Federation’s YouTube channel. To see the full WCF live stream schedule, click here. For Team Canada updates, go to www.curling.ca. Follow us on Twitter, @curlingcanada. For live scoring, standings and team lineups from the 2019 World Mixed Doubles Curling Championship, go to https://worldcurling.org/wmdcc2019 The French version of this story will be posted as soon as possible at www.curling.ca/?lang=fr