STAVANGER, Norway — Canada’s Jocelyn Peterman and Brett Gallant might have lost their final game of the round robin at the 2019 World Mixed Doubles Curling Championship, but the team still achieved a couple milestones on Thursday. 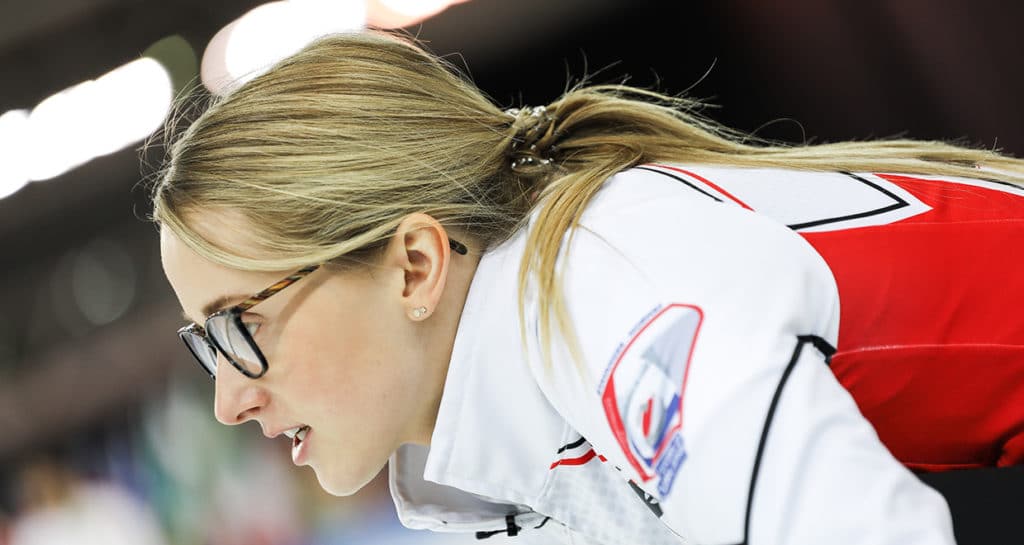 2018 Olympic bronze-medallist Satsuki Fujisawa of Japan and her partner Tsuyoshi Yamaguchi defeated the Canadians 9-7 at Sørmarka Arena. The loss put Canada, Japan and Sweden on even-footing in the standings with 6-1 records. Canada claimed second in the pool and earned a spot in the playoffs due to its draw shot challenge. The Canadian duo played well, but the Japanese team made exceptional shots when needed including a double tapback to score three in the second end to take control of the game. “They played really well. [Fujisawa] made a ton of nice shots for extra points and they were tough shots. I just missed a few, we had them in trouble a couple ends and I let them off the hook but other than that we played a pretty good game,” Gallant said. Canada battled back through the middle ends and tied the game in the fifth by scoring two. With their last stone of the end, Peterman and Gallant made a hit and moved around three Japanese rocks. Canada scored two after the rocks settled and nearly had a third point. Once again, Japan showcased its talent and orchestrated a three-ender in the sixth. Canada used its power play and countered with three in the seventh to tie the game, but Japan used its own power play in the final end to score two. While the loss stings, Peterman and Gallant believe they’ll benefit from having some challenging games heading into the playoffs. “We had to play a couple really good games there and I think that helps a lot going into the playoffs. We probably already played two of the toughest teams in the field that we’ll have to play. It benefits us having played those teams and we know how precise we have to be,” Peterman said. 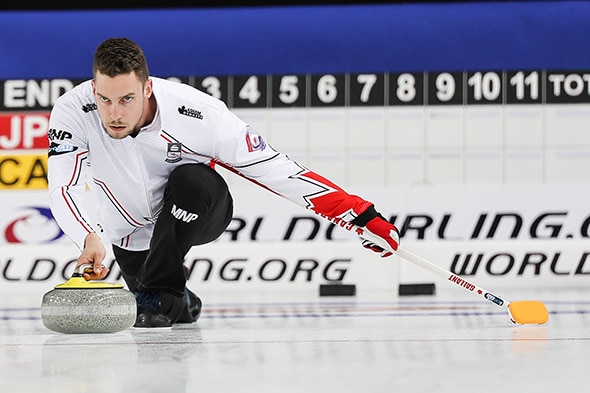 Brett Gallant and partner Jocelyn Peterman will play Finland in the round of 16 on Friday at the 2019 World Mixed Doubles Curling Championship. (Photo, World Curling Federation/Alina Pavlyuchik)

By qualifying for the playoffs, Peterman and Gallant also secured Canada’s spot at the 2020 World Mixed Doubles Curling Championship, which is being held in Kelowna, B.C., from April 18-25. It will be the first time teams must qualify for the event and the first opportunity to collect qualifying points for the 2022 Olympic Winter Games in Beijing. Teams making the playoffs this year receive the first 16 spots while four more teams will advance through a qualification event. “That was something we hoped to tick off on our path here and we’re happy about that. Obviously we feel like Canada should have a spot there, so that’s good,” Gallant said. But for now, he’s focused on what lies ahead this year with the playoffs starting Friday. “Hopefully we have four more games here. That’s our goal, to win,” he said. Canada is in a three-way tie in its pool with Sweden and Japan. Peterman and Gallant placed second overall in the pool due to their draw shot challenge. The top two teams from each pool, plus the four third-place teams with the best draw shot challenge qualify for the playoffs. Up next, Peterman and Gallant play Finland’s Elina Virtaala and Tomi Rantamaeki at 7 a.m. (all times ET) on Friday in the round of 16. The winner advances to the quarterfinals later that day at 12 p.m. and the loser is eliminated. TSN will broadcast select playoff games. For its complete broadcast schedule, click here. For Team Canada updates, go to www.curling.ca. Follow us on Twitter, @curlingcanada. For live scoring, standings and team lineups from the 2019 World Mixed Doubles Curling Championship, go to https://worldcurling.org/wmdcc2019 The French version of this story will be posted as soon as possible at www.curling.ca/?lang=fr