STAVANGER, Norway — Canada’s Sherry Anderson and Bryan Cochrane both finished the round robin undefeated at the 2019 World Senior Curling Championships on Thursday and will advance to the playoffs. 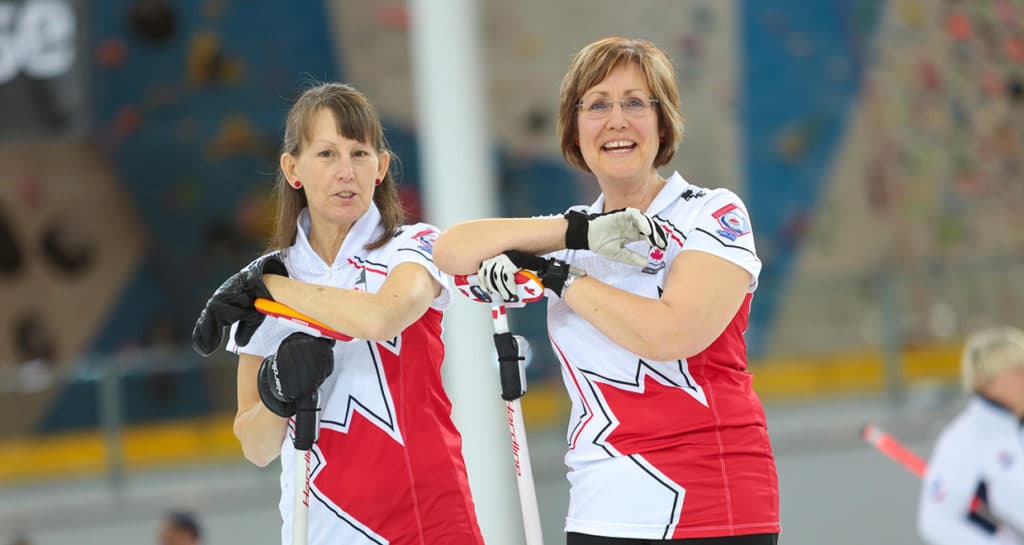 Anderson, vice-skip Patty Hersikorn, second Brenda Goertzen, lead Anita Silvernagle and coach Bill Tschirhart ended the round robin on a perfect note with a 7-0 record. The team from the Nutana Curling Club in Saskatoon defeated Margie Smith of the United States 6-4 in its final round-robin game at Sørmarka Arena. “We had our struggles that game. It wasn’t the best curled game by any means, we just played a little better than they did,” Anderson said. Canada kept the United States off the scoreboard in the first half of the game. Anderson blanked the first end and scored two in the second. Her team also stole single points in the third and fourth ends. Canada led 6-2 heading into the final end and ran the United States out of rocks. 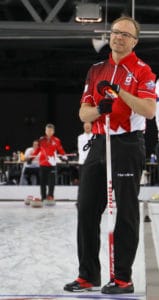 The Canadian women advance directly to Saturday’s semifinal at 3 a.m. (all times ET) and will await the winners of qualification games on Friday. Sweden’s Anette Norberg plays Switzerland’s Chantal Forrer and Smith of the United States faces Scotland’s Susan Kesley. Anderson and her team won’t know who they play until the qualification games are completed. Anderson is the defending senior women’s champion and is two wins away from winning back-to-back titles. On the men’s side, Cochrane and his team from the Russell Curling Club in Ontario finished the round robin with a 9-2 win against Antonio Menardi. Skip Cochrane, vice-skip Ian MacAulay, second Morgan Currie, lead Ken Sullivan, alternate Paul Adams and coach Tschirhart pulled away in the second half of the game. Leading 3-2, the Canadian team scored three in the fifth and stole three in the sixth. Italy conceded after the end to give Canada a 6-0 record in the round robin. Canada finished first in its pool and advances directly to the quarterfinals at noon. It will play the winner of Australia’s Hugh Millikin and Adrian Meikle of Wales. Cochrane and his team aim to improve on the silver medal they earned at the 2017 World Senior Curling Championships. For Team Canada updates, go to www.curling.ca. Follow us on Twitter, @curlingcanada. For live scoring, standings and team lineups from the 2019 World Senior Curling Championships, go to https://www.worldcurling.org/wscc2019/ The French version of this story will be posted as soon as possible at www.curling.ca/?lang=fr