Colleges’ commitments to curlers paying off at CCAA-Curling Canada championships

When Owen Tester was considering which college to attend there were a few requirements on his list. He was looking for a solid education and overall enjoyable post-secondary experience. But he also wanted something else from school – the chance to win a national curling championship. 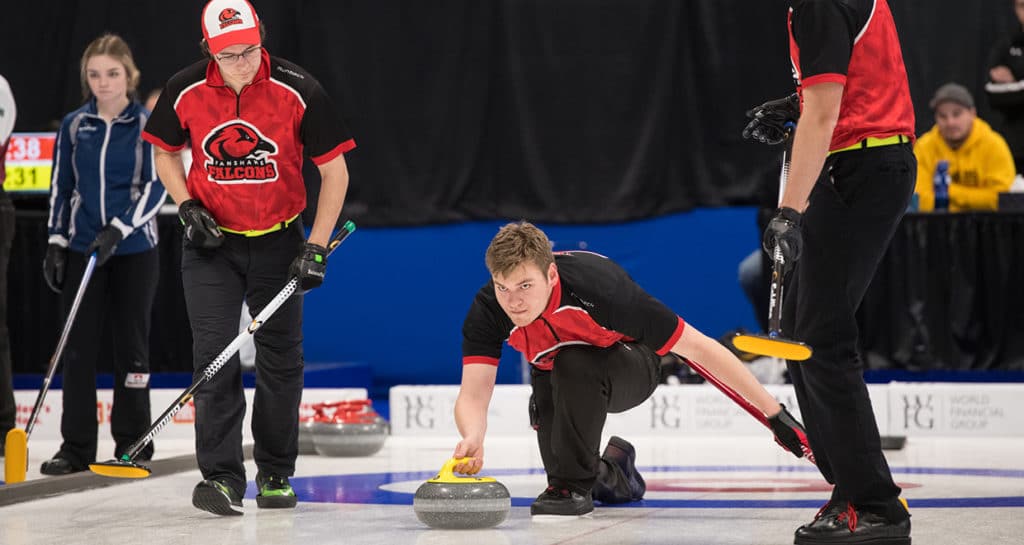 Owen Tester of Fort McMurray, Alta., decided to move east for college so he could try out for the Fanshawe Falcons curling program. (Photo, Curling Canada/Rob Blanchard Photography)

So the 20-year-old from Fort McMurray, Alta., left no curling rock unturned in his search for a school that would help him achieve the goal of winning a Canadian Collegiate Athletic Association (CCAA) title. The CCAA is Canada’s governing body of sport at the collegiate level and consists of 94 member institutions including colleges, universities, technical institutes and cégeps across Canada. U SPORTS, the national governing body of university sport in Canada, consists of member institutions at the university level.

Tester considered some options closer to home, such as the Northern Alberta Institute of Technology curling program led by coach Jules Owchar who boasts an incredible resumé. In addition to coaching notable names like Kevin Martin and Brad Gushue, Owchar – a Canadian Curling Hall of Fame inductee – led NAIT to 34 conference gold medals and two more at the national stage. Despite having this wealth of curling knowledge nearby, there was a program out east that Tester couldn’t ignore.

The Fanshawe Falcons (London, Ont.) curling program has made its mark in the CCAA and Tester started picturing himself playing at the college. He sent an email to Falcons curling head coach Barry Westman to learn more about the program. Westman told him it’s a high-intensity program with a tough roster to crack and there was no guarantee he’d make the roster. But the desire to play for one of the top collegiate curling programs in the nation was enough to draw Tester in.

“I could have [went to NAIT], but I did the big move across the country. The adventure spoke to me; a new place and new province,” he said. 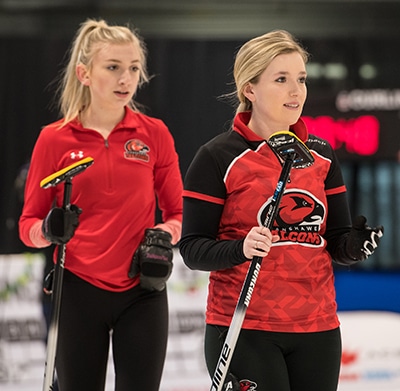 The curling program at Fanshawe College is among the best across the nation. This is largely due to the structure of its athletic program, led by manager of athletics Nathan McFadden. While numerous colleges across Canada have curling teams, Fanshawe is one of a handful of colleges that includes the sport within its athletic catalogue. This means curlers receive the same benefits from the school as other athletes: access to a staffed sports psychologist, logistical support while competing at national championships and all of the supplies and resources needed to perform at the top level.

“That’s part of my organizational philosophy as far as our entire athletics program. Our athletes don’t pay a nickel to come into our program, whatever the sport is. We provide everything for them – at a high level too – in regards to accommodation, travel, equipment and everything along those lines,” McFadden said. “We want them focusing on – first and foremost – their academics because we want them to get an education, but certainly on the athletics part so they’re totally focused on what they need to do be successful at a national level.”

For Tester, his move to Ontario has paid off. He made the cut for Fanshawe’s mixed curling team, which acts as a feeder system for the men’s and women’s programs. He served as alternate for the men’s team at the 2019 CCAA-Curling Canada championship in Fredericton, N.B., and played in some critical games late in the round robin.

His goal to win a national curling championship is still alive and thanks to the support of his college it can continue. 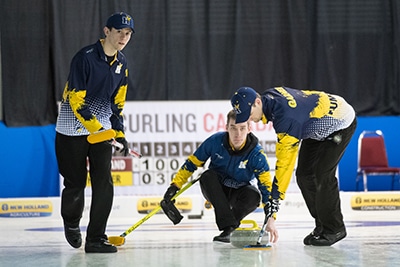 Humber Hawks men’s curling team head coach Sean Turriff credits the college’s commitment to the sport as one of the reasons for its success on the ice. (Photo, Curling Canada/Rob Blanchard)

One of Fanshawe’s biggest rivals on the curling ice follows the same structure. The Humber Hawks (Etobicoke, Ont.) men’s team, skipped by Sean Armstrong, earned silver at the 2019 college curling championships. In 2016, the program won gold. Head coach Sean Turriff credits the success of the program to Humber College’s commitment to the sport.

“Once the kids are chosen as varsity athletes they receive all the benefits any other sport at the college receives. We have a high-performance centre where we have trainers who develop fitness programs for the kids and track their progress.  We also have a varsity academic centre that monitors their academic performance and is a one stop resource for all issues related to academics,” he said.

Everything from the important matters, like education, to team uniforms are covered and these are the kinds of benefits curlers are looking for when applying for colleges. But what Turriff appreciates the most about the college is how curling is viewed on an even playing field with the other sports.

“We are welcome participants at our athletic banquet alongside all other sports. This is not an insignificant thing,” Turriff said. “If you poll other schools you’ll find that not all curling teams get to attend their school’s athletic banquet.”

The men’s and women’s curling teams make up just a fraction of the approximate 300 varsity student-athletes at the athletic banquet, but they were still recognized for their success on the national stage this season.