When Jason Gunnlaugson won the Mother Club Fall Curling Classic on the weekend, it wasn’t the first time for most of the Winnipeg squad. Three of the four team members had accomplished the feat already in 2017, when they defeated Pat Simmons – who was also playing with a Winnipeg-based foursome at the time. 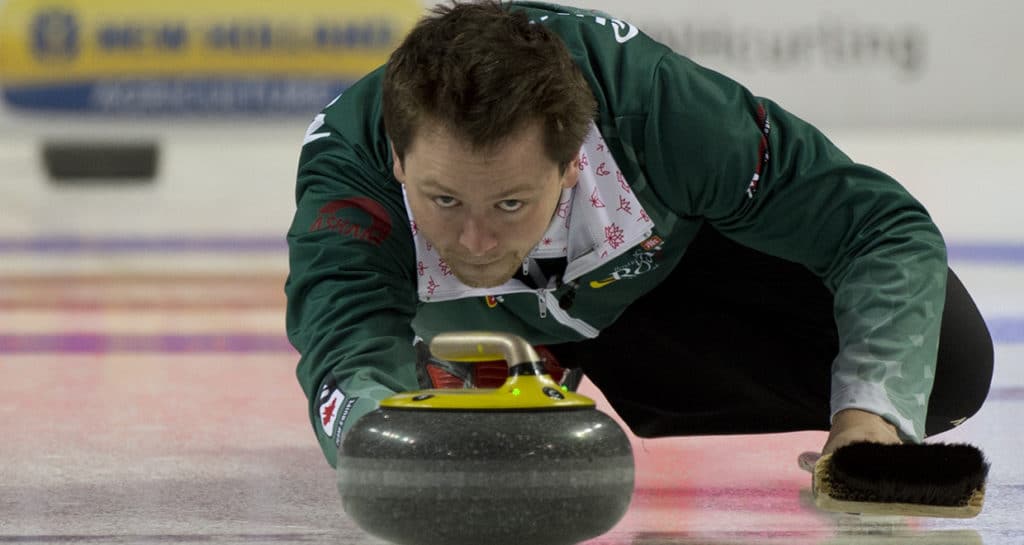 For one of his team members, the 5-4 win over Tanner Horgan (now also playing out of Winnipeg Beach, Man.) was a first. Denni Neufeld, filling in for Adam Casey during the week, supported the team’s perfect seven-win record over the weekend.

The team also knocked off Manitoban junior team Ryan Wiebe and Winnipeg’s Mike McEwen, who returned to the ice for the first time this season after knee surgery during the off-season.

Gunnlaugson, along with vice-skip Alex Forrest and lead Connor Njegovan took home $2,500 and 33.514 points on the two ranking systems – the WCT and the Canadian Team Ranking System.

Horgan and his teammates Colton Lott, Kyle Doering, and Tanner Lott, took home $1,800 and 24.577 points for the runner-up finish.

On the women’s side, Edmonton’s Laura Walker marched through the event undefeated with Kate Cameron, Taylor McDonald, and Nadine Scotland. They defeated Winnipeg’s Jill Cannon 4-1 in the final to take home $2,000 and 26.381 points. Cannon earned $1,300 and 19.346 points.

At the KW Granite Club in Waterloo, Ont., two international teams edged Canadians in the final to take home the top prizes at the KW Fall Classic. Megan Balsdon, playing out of Woodstock, Ont., fell to South Korea’s Un-Chi Gim 5-4 in an extra-end final.

On the men’s side, it was a Japanese team that won another tight final, with Yusuke Morozumi defeating Wayne Tuck Jr. (Brantford, Ont.). Morozumi took two in the eighth end to come from behind for a 7-6 win, earning a $2,000 paycheque. Tuck (with Kevin Flewwelling, Chad Allen and Sean Harrison) settled for $1,400.

Many of the top women’s teams in the world will descend on Saskatoon this weekend for the Colonial Square Ladies Classic. With a field of 24 teams, and a purse of $40,000, it’s one of the biggest events in the early season. Past winners include Jennifer Jones (Winnipeg), Eve Muirhead (Scotland), Bingyu Wang (China), and Saskatoon’s Stefanie Lawton… four times.

For scores and standings, please keep an eye on curlingzone.com.