So often during the World Curling Tour season, we obsess over who beat whom, what was the score of each contest and the drama that comes with every game on the ice. 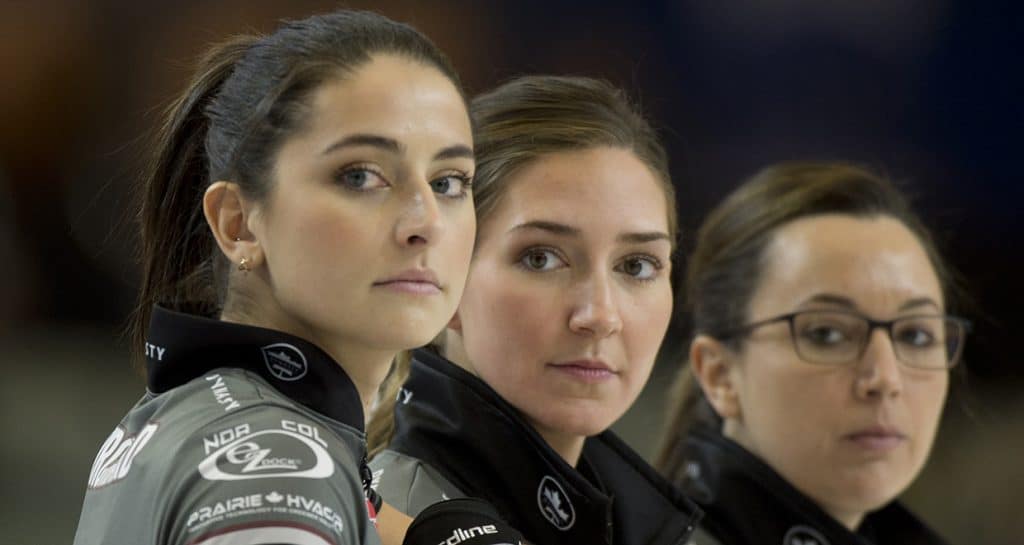 Rarely, however, is the story of the weekend about all the games that weren’t played.

Such was the case this weekend in Portage la Prairie, Man., as the Canad Inn’s Men’s Classic limped to a start, before delaying the competition, and ultimately cancelling the bonspiel due to a massive snowstorm.

The weather made travel impossible, so many teams never even made it to Portage. Those who did arrive played one game – or part of one game – before the power went out and caused the draw to be postponed.

Our game VS Sturmay has been postponed until tomorrow due to a power outage here in Portage la Prairie. It’s still snowing and we’re still missing Mat Camm. Still looking for someone with a snow mobile to transport him from Winnipeg. Stay tuned for more updates! #GetMatToPortage pic.twitter.com/NXGNcLutqn

“We spent most of the day Saturday waiting to see if the power would come back on so we could resume our game that was stopped in the fourth end late Friday night,” said Brett Gallant of Team Brad Gushue (St. John’s, N.L.).

Gushue, along with World Curling Tour No. 1 Calgary’s Kevin Koe, Toronto’s John Epping (No. 2), and Edmonton’s Brendan Bottcher (No. 3) were to headline the 24-team event, although many players never made it to Portage due to closed highways. Those who did barely got a game in before the power cut out.

“There were at least 100 curlers and other guests hanging out in the lobby for most of the day Saturday playing cards and trying to keep an eye on the storm,” said Gallant. “The staff at Canad Inns went above and beyond to prepare food for all of us while the power was out.”

Players killed the time playing cards by the lights on their phones, or sitting in their cars with the engines running to keep warm. At least there, they could listen to music and charge their phones.

After more than a full day in the dark, the decision was finally made to cancel the event.

While the teams understood the circumstances, the questions remained what would happen with the points, entry fees, and the $56,000 purse.

Einarson’s foursome, playing out of Gimli, Man., ran through the event without a loss and beat some top WCT teams along the way. They defeated No. 11 Eve Muirhead (Scotland), No. 7 Tracy Fleury (Winnipeg), and No. 8 Satsuki Fujisawa (Japan) on their way to the final with Scheidegger.

Scheidegger, however, wasn’t even playing with the team that bears her name. The expecting mother was sitting behind the glass while Olympic-medalist Cheryl Bernard filled in at the skip position.

Einarson took home $12,000 and 73.276 points for the win, while Team Scheidegger took home $8,000 and 53.736 points.  For the moment, that moves Einarson into the WCT Order of Merit No. 1 spot; ahead of Ottawa’s Rachel Homan and Switzerland’s Silvana Tirinzoni – who earned 42.329 points of her own this weekend, at the Women’s Masters in Basel, Switzerland.

This weekend, it’s the women’s time to head to Portage la Prairie for the women’s version of the Canad Inn’s Classic. This year’s edition features a prize purse of $60,000 – with the winner taking home $15,000.

Calgary’s Chelsea Carey won last year’s 32-team event, but isn’t in the field this time around. Einarson, Fleury, and Homan will all be present, along with Winnipeg’s Jennifer Jones, who reached the quarterfinals in last week’s Calgary event.

For all results and scores, please visit curlingzone.com.