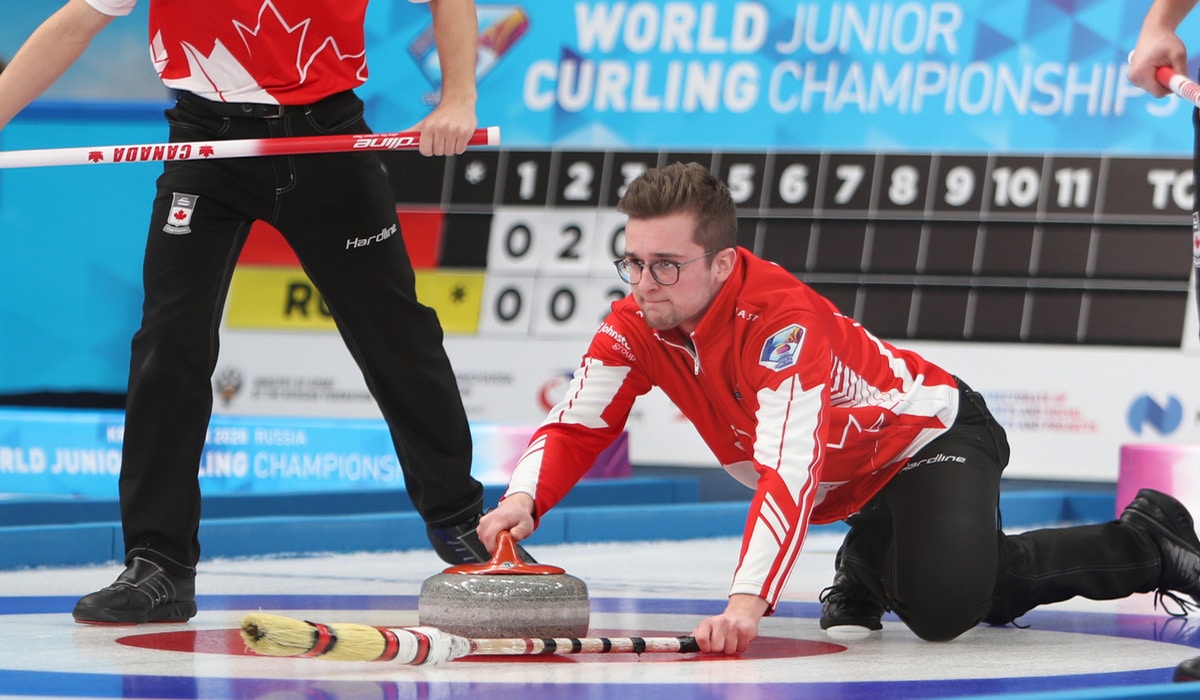 After both of Canada’s representatives succumbed to losses in the early portions of the 2020 World Junior Curling Championships, both Mackenzie Zacharias of the Altona Curling Club (Altona, MB) and Jacques Gauthier of the Assiniboine Memorial Curling Club (Winnipeg, MB) posted perfect records on day two in Krasnoyarsk, Russia.

Zacharias and company now improve to 2-1 overall, leaving them tied for second with Denmark and Switzerland, whom they have yet to face.

After being undefeated in Manitoba junior playdowns as well as at the 2020 New Holland Canadian Junior Women’s Championship, the two win rebound was essential for Zacharias who dropped her first match of the 2020 World Junior Curling Championship to Japan; their first loss as a team in well over a month.

“That’s a bit more like it. It’s exactly how we were playing at nationals, so it’s nice to come out and play like that again. I think we’ve got into our groove now, so we just want to see if we can keep this up.” said Zacharias.

Momentum remains the objective for Zacharias’ squadron, who feel they can handle the weight of the maple leaf on their backs.

“It was a really important set of wins. We had a bit of a rough first game but we were able to bounce back really well. We got momentum, we were able to score a couple points early and that really helped us get into the groove and get to where we like to be and was able to help us play our game,” said Zacharias.

Not to be left out, Canada’s men’s representative was also part of a perfect second day on the scoresheet defeating Switzerland’s Yves Wagenseil 7-5 in men’s session 3 action.

Gauthier felt elated to be back to his winning ways after a supremely close match versus the Swiss men.

“It feels awesome! I think it was really good again to bounce back after our first game with the win last night and today the guys in front of me played really strong. I missed some bad ones, but we kept battling and it just feels good to add another one to the winning column,” said Gauthier.

With the score tied headed in the the 10th end versus Switzerland, Gauthier felt his team’s attrition had been battle tested which helped lead to the win.

“The majority of the game I thought we had them in a lot of trouble, I just couldn’t finish it off. I think by the end of the game we set up a really good tenth end, we made them make some difficult shots, got a couple breaks, and I just had an easy one to win the game,” said Gauthier.

On the women’s side, a one game day awaits Mackenzie Zacharias as she is slated to face host team Russia in Women’s session 4 action at 2 a.m. on February 17. That match will be the World Curling Federation feature game streamed live from their YouTube channel.