Many of the curling teams heading to Sochi for the 2014 Winter Olympics will get one final head-to-head test when the history-making 2014 World Financial Group Continental Cup gets underway Thursday at the Orleans Hotel and Casino in Las Vegas. 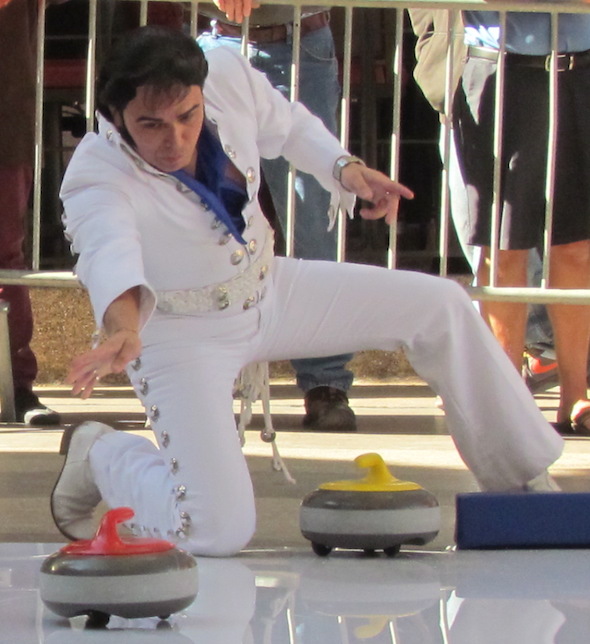 There may be an Elvis sighting or two during the 2014 WFG Continental Cup this week in Las Vegas.

Nine of the 12 teams that will participate in the WFG Continental Cup will also be at the Ice Cube Curling Center in Sochi for the Olympics; the curling competition begins in Sochi on Feb. 10. Before then, though, they will face each other in Las Vegas as curling’s version of the Ryder Cup — a joint venture of the Canadian Curling Association, World Curling Federation and USA Curling, in partnership with the Reno Tahoe Winter Games Coalition — takes place outside of Canada for the first time. The unique format will pit Team North America against Team World in various disciplines during four days of competition — traditional team games, mixed doubles, singles, mixed skins and standard skins games. Each segment awards points for wins (or ties). A total of 60 points are available, meaning the side that earns more than 30 points will be declared the champion.

Curling and showgirls — a natural combination in Las Vegas!