Boucherville, Que., will play host to the Canadian Wheelchair Curling Championship for the second straight year, it was announced today by the Canadian Curling Association. 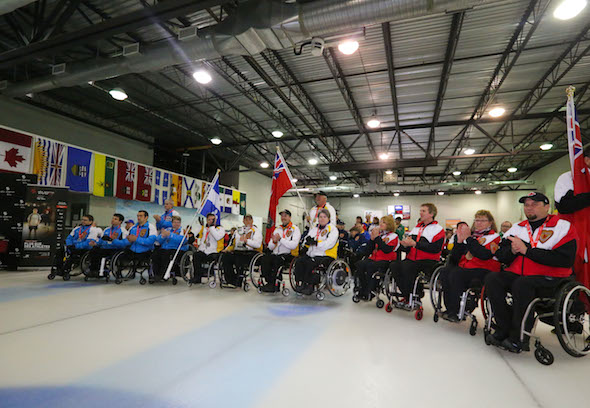 The 12th wheelchair nationals will be staged April 27 to May 3, 2015, at Club de curling Boucherville in Boucherville, Que. The 2015 Canadian Wheelchair Championship will again be organized and operated by Défi sportif AlterGo, a Quebec-based organization focused on raising awareness of sports for athletes with a disability. “We’re excited to be able to get behind the Canadian Wheelchair Curling Championship for the second straight year,” said Maxime Gagnon, the director for Défi sportif AlterGo. “The 2014 event in Boucherville was a resounding success according from the standpoint of the participants, the spectators and the organizers, and we’re hoping to make it even better in 2015.” At the 2014 nationals, Manitoba won its second Canadian championship when Dennis Thiessen and his team from the Assiniboine Curling Club (third Mark Wherrett, second Melissa Lecuyer, lead Jamie Anseeuw and coach Tom Wherrett) beat defending champion Benoit Lessard of Quebec 8-5 in the gold-medal game. It capped an amazing season for Thiessen, who also won gold playing for Team Canada at the 2014 Winter Paraympic Games in Sochi, Russia. The Canadian Wheelchair Curling Championship began in 2004 and has previously been won by Team Canada (skip Chris Daw) in 2004, 2005 and 2006; by British Columbia in 2007 (skip Darryl Neighbour), 2008 and 2009 (skip Jim Armstrong) and 2010 (skip Gary Cormack); by Manitoba (skip Chris Sobkowicz) in 2011; and by Saskatchewan (skip Darwin Bender) in 2012.