A peek behind the scenes of Team Canada

Fans who’ve enjoyed my writing for the past few years have commented that it feels like little peek into the inner workings of elite curling, a view behind the curtain, so to speak. While I’m not handing out any trade secrets for our team, I enjoy showing people what it’s like to curl at the championship level. 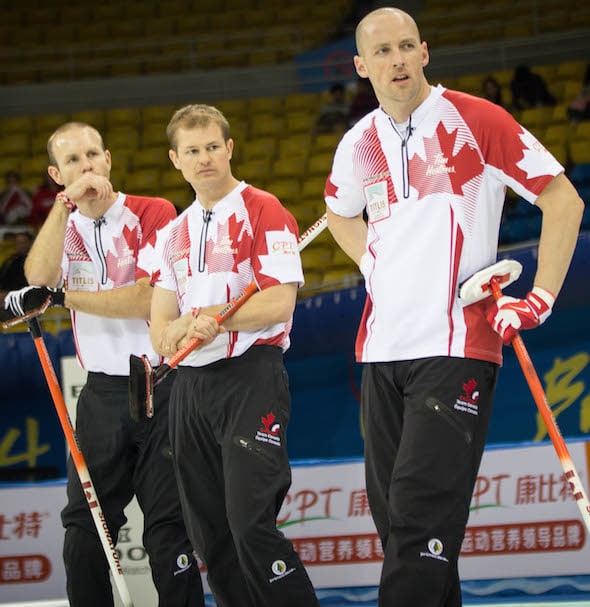 One area I’ve never written about, mostly due to the lack of glamour involved, is the management of a team. I’m not talking about the formation of teams by some sort of upper-management talent evaluator or, in curling’s case, by the athletes themselves; I’m talking about the logistics of successfully running a competitive curling team. I often say to people that I’m the lead and logistics manager for my curling team (two job titles should lead to more coin, no?) What the heck is a logistics manager, you might ask? I’ll explain. I went onto the Winnipeg Jets website to check out what their front office looks like. Granted, curling teams are not multi-million-dollar operations, but humour me for a second. The Jets have 11 senior management employees and 16 managers responsible for various areas of the team’s operations including; marketing, digital, social media, sponsorships etc. So for a team of 25 players, they have 27 front-office staff looking after the day-to-day activities. 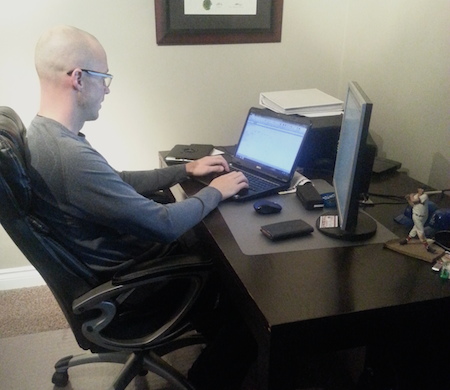 Now, our curling team of four players has one coach, access to a sports psychologist, and a physical trainer for each of us due to living in different cities. So we run everything a little thinner. That leaves someone, or in same cases all four team members, to be responsible for sponsors, websites, Twitter and other social media, as well as manage our competition schedules. We have to get to and from each event and stay somewhere when we decide where to play during the season, as well take care of off-ice operations (eating, napping, transportation) while we are there. That’s where I come in on my team. As an accountant, I was nominated to be the guy to look after the logistics (as a Type-A planner I may have secretly desired the job as well). I am by no means an outlier in this sense. Each team normally has one player who is the “logistics manager” but I’ll give you a quick summary of what being one entails for most teams. During the summer, once you decide on your schedule, you will contact the event organizers and express your interest in the event, normally by also sending in a deposit and entry form. Once that’s done, you start scouring airline websites for the cheapest flights possible to get to those events that require you to fly and book hotels at whatever the host hotel or the next best option is for each event. During the summer, most teams are taking the little downtime we have to talk to potential and current sponsors to finalize agreements for the upcoming season or Olympic quadrennial. Every team cherishes their sponsors, because without them our teams’ ability to compete is greatly obstructed; their support helps us train as well as compete. Normally, each week after I return home from a bonspiel, I take about an hour to summarize the past week’s expenses and, hopefully, winnings on our curling team Excel template. Being a Chartered Accountant by trade, I probably overdo it a bit and my spreadsheet is fairly in-depth. Our former teammate Blake MacDonald used to joke that I provide a more in-depth financial analysis than many of his controllers used to at his gym clubs; not sure if that was a compliment to my abilities as an accountant or a shot at his controllers. I’ll take the former. Being the logistics manager for a team is by no means a full-time job but it is time that has to be put in by somebody and does cover off a few extra hours each week. I would say that I spend at least 10 hours a week working on our website and team accounts to ensure everything is running smoothly. I’ll also let everyone in on one little team secret. Along with my duties as logistics manager, I also get the job of ensuring that Carter Rycroft gets on the plane to go to events. Carter runs a successful hot-shot trucking service out of Nisku (just south of Edmonton), so when he is not practising or on the road curling, he’s making sure that his company is running “pure as the driven snow,” as he likes to say. Carter has a personality that is not overly concerned with flight times — the polar opposite of my time-cop ways. Carter has been known to be the guy who only boards when he hears “last call for Carter Rycroft or we are removing your luggage,” which is a choice I just can’t make with my marginal OCD. So I ensure that I pick up Carter on the way to the airport for all of our flights so that he makes it on time and try to shoo him onto the flight so he is never left sitting at the Chili’s in the Edmonton airport while I am off to Toronto or some other destination. There is a reason for this strategy. In the eight years that we have curled together, I think Carter has had to get to the airport on his own twice. Both times I told him his flight time was 30 minutes earlier than it actually was, and both times he still almost missed the flight. It has necessitated that when he is going to Disney World in October with his family, my family has to go at the same time so that I make sure he makes his flight! OK, maybe that’s a slight exaggeration but there is some truth in there and I will use it as a joke at his expense. The fortunate part for me is that I used to fly with Carter and Blake to each event, both with the same type of personality. So my need to shepherd was two-fold. Luckily for us this year the most important event on our schedule is the Tim Hortons Brier and it’s in Calgary — a short drive for Carter and me from Edmonton. No flight shepherding needed. Who knows, maybe one day the top teams can have someone to do the entire behind-the-scenes managing, but until then those brave souls ensure all of our curling teams run as smoothly as possible. (Nolan Thiessen is a two-time Canadian champion who plays lead for Team John Morris, AKA Team Canada, who will be competing in the 2014 Canada Cup of Curling, presented by Meridian Manufacturing, Dec. 3-7 in Camrose, Alta.; the 2015 World Financial Group Continental Cup, presented by SecurTek, Jan. 8-11 in Calgary; and the 2015 Tim Hortons Brier, presented by SecurTek, Feb. 28-March 8 in Calgary).