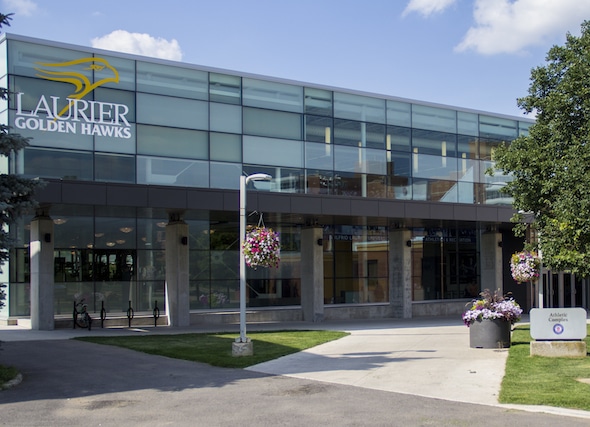 The event will be hosted by Wilfrid Laurier University, March 18 to 21 at the KW Granite Club in Waterloo, Ont. “This is a great opportunity for us to showcase the world-class level of talent that currently exists within CIS curling,” said Peter Baxter, director of athletics and recreation for Wilfrid Laurier University. “The KW Granite Club is well-known for being one of the top clubs in the province and has been an outstanding home for our Golden Hawk curlers. We look forward to building on the tradition of excellence that our teams have enjoyed since the CIS/CCA championships were first held seven years ago.“ It will be the eighth renewal of the CIS/CCA university nationals. The Wilfrid Laurier Golden Hawks swept the men’s and women’s titles in the inaugurual CIS/CCA Championships, which was hosted by the University of Waterloo and staged at the Guelph and Elmira curling clubs, with Mike Anderson’s team claiming the men’s crown and Hollie Nicol capturing the first of her two consecutive national titles. Since then, Laurier has won two more national women’s titles, with skip Laura Crocker and her team winning back to back in 2011 (at St. John’s) and 2012 (at Welland, Ont.). “We are thrilled to partner with Wilfrid Laurier University and the KW Granite Club for the 2015 CIS/CCA championships. The Golden Hawks program has been a leader in CIS curling since Day 1, winning both team banners at our inaugural championships back in 2008, and we have no doubt Laurier will host a first-class event this winter,” said Pierre Lafontaine, chief executive officer of CIS. “The growth of curling as a CIS sport has been spectacular over only eight years and the CIS/CCA championships have become a major event on the Canadian curling calendar.” At the 2014 CIS/CCA championships in Regina, teams skipped by Matt Dunstone (University of Manitoba) and Jamie Sinclair (Carleton University) won the men’s and women’s titles respectively. No school has won the men’s title more than once. Previous winners are the University of Waterloo’s Jake Walker in 2013 (at Kamloops, B.C.), the University of Alberta’s Brendan Bottcher in 2012, Memorial University’s Colin Thomas in 2011, Queen’s University’s Jonathan Beuk in 2010 (at Edmonton) and the University of Regina’s Chris Busby in 2009 (at Montreal). Other former women’s champs are the University of Manitoba’s Breanne Meakin in 2013 and the University of Regina’s Brooklyn Lemon in 2010. “The CIS/CCA Canadian University Curling Championships are always a highlight because of the enthusiasm of the student-athletes,” said CCA Chief Executive Officer Greg Stremlaw. “There is an incredible amount of talent competing at this event, considering how many of them have come up through the junior ranks and played at the M&M Meat Shops Canadian Junior Championships. The CIS/CCA nationals are an important stepping stone for these players as they aspire to Canadian, world and Olympic championships.”