Canada’s elite curling teams will converge on Revolution Place in Grande Prairie, Alta., for two major championships during the 2015-16 season, it was announced today by the Canadian Curling Association. 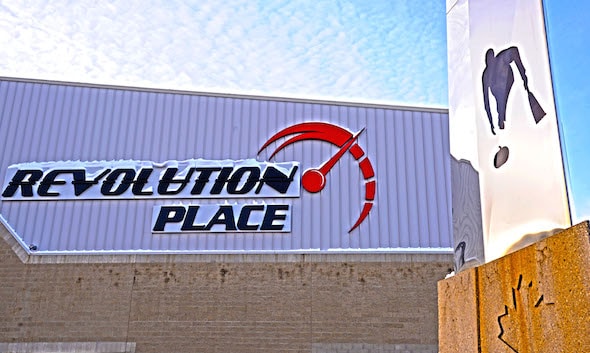 The 2015 Home Hardware Canada Cup (Dec. 2-6), along with the 2016 Scotties Tournament of Hearts (Feb. 20-28) have been awarded to Grande Prairie, and will be staged at the 3,000-seat Revolution Arena. “Grande Prairie put in a convincing bid to host these events, and we’re thrilled to make a long-awaited return to that city,” said Greg Stremlaw, Chief Executive Officer of the CCA. “The 2006 Ford World Women’s Championship in Grande Prairie still holds the attendance record for that event, and we expect the fans and volunteers to make the 2015 Home Hardware Canada Cup and 2016 Scotties Tournament of Hearts equally successful.” 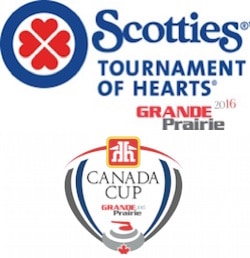 The 2006 Ford Worlds drew 60,791 to watch Sweden’s Anette Norberg capture gold, beating Debbie McCormick of the U.S. in the final, with Canada’s Kelly Scott winning the bronze medal. “We’re extremely excited about once again hosting the best athletes in curling,” said Grande Prairie Mayor Bill Given. “Our region is a hotbed of the sport and this passion within the community has helped us attract and present several high profile events in the past but it’s a special thrill to bring the 2016 Scotties Tournament of Hearts to Revolution Place in Grande Prairie. We look forward to hosting it and the 2015 Home Hardware Canada Cup.” The 2016 Scotties will mark the 35th consecutive year of Kruger Products’ title sponsorship of the Canadian women’s curling championship, which is among the longest-running partnerships in Canadian sports. “Kruger Products is pleased not only to continue our support of women’s curling and our mutually beneficial partnership with the Canadian Curling Association, but also to see this great event staged in Grande Prairie for the first time,” said Nancy Marcus, Corporate Vice President Marketing at Kruger Products. “The Scotties Tournament of Hearts is the biggest women’s curling event in the world, and we know Grande Prairie will give these exceptional athletes an amazing showcase. As a proud Canadian company, we are thrilled to continue our support of this event for the 35th year, as well as the provincial and territorial teams that will be in attendance to play for the Canadian championship.” The winner of the 2016 Scotties will advance to the 2016 Ford World Women’s Curling Championship in Swift Current, Sask. 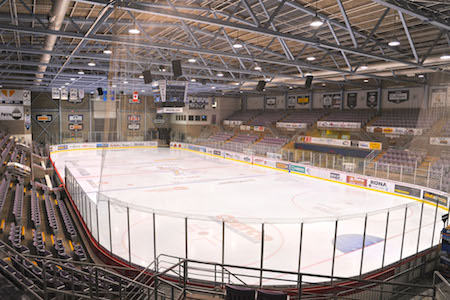 The Home Hardware Canada Cup, meanwhile, offers a total prize purse of $140,000 to the top seven men’s and seven women’s teams in the country, and will play a significant role in determining Canada’s entries for the 2018 Winter Olympics in Pyeongchang, South Korea. The 2015 Home Hardware Canada Cup will mark Home Hardware’s second year of title sponsorship of the event. “We are thrilled to be in Grande Prairie for the 2015 Home Hardware Canada Cup,” said Terry Davis, CEO of Home Hardware Stores Limited. “As a 100 per cent Canadian owned and operated company, it is our pleasure to support the athletes and fans from the communities in which we operate across the country. We are proud to continue in our support for one of the most important championships on the curling calendar.” Revolution Place, with a capacity of approximately 2,800 for curling, was built to host the 1995 Canada Winter Games. It is the home arena to the Alberta Junior Hockey League’s Grande Prairie Storm, and in addition to the 2006 Ford Worlds, it also hosted the 2004 Royal Bank Cup Canadian Junior A Hockey Championship as well as a portion of the Edmonton Oilers’ 2006 training camp. “We’re already counting down the days to the opening rocks of the 2015 Home Hardware Canada Cup and the 2016 Scotties Tournament of Hearts,” said Charlene Robinson, manager of the Grande Prairie Curling Centre. “We have an amazing core of fans and volunteers in our city who will be working extremely hard between now and then to make sure these events are memorable, both for fans and players alike.”