Curling at this level is really hard and sometimes you get kicked in the guts. 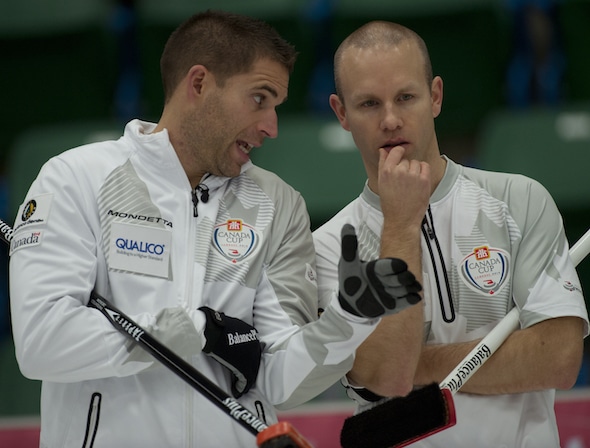 I called the Home Hardware Canada Cup a meat grinder in my most recent blog and I think it showed itself to be all that and more last week Camrose — seven of Canada’s best teams battling it out with a fraction of an inch determining the winner and the loser. Everyone in the country should be proud of where we are at as a nation in the men’s game. The talent level is so high and the bar is being raised every event. Teams have to improve and play better each week if they fancy themselves as being in the conversation with the elite. The difference in winning and losing is razor thin and a small miss in one end or a half shot when there was an opening to put the other team away is the difference between wins and losses now. There aren’t many games where you have three or four chances to put teams way; it’s one shot and if you don’t make it, if you don’t put your rock in exactly the right spot, you let them off the mat and end up eating a bomb and on your backside yourself. Unfortunately for us, we were the team that ended up eating more leather than we dished out, and finished with a 1-5 record. There will be no hiding, no excuses, no woulda=coulda-shouldas here. We didn’t make enough shots at the right times — simple as that. 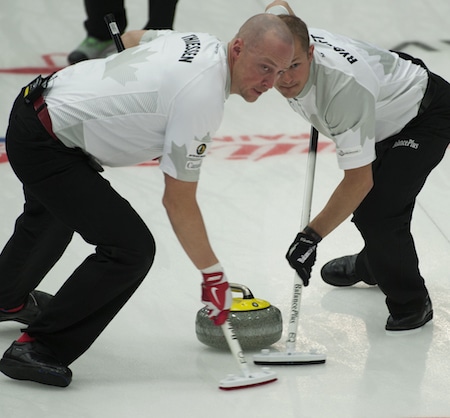 Where to go from here. Quit? Give up? Decide we aren’t good enough and get sent to the glue factory? Not likely! Team Morris has the enviable position of having a few extra weeks to get to our peak level with our direct entry into the World Financial Group Continental Cup and the Tim Hortons Brier, so we still have time to improve. We have to look at every week on the ice as a chance to get better and learn more about what we need to do to win. Getting down on ourselves will do us no good in the grand scheme of where we want this team to go. We headed straight to Yorkton, Sask., this week for the third instalment of the Grand Slam series and another opportunity to play great teams on great ice. Teams that are struggling often look at upcoming games in agony, wondering what might go wrong next. That is where the strongest teams shine though as they can look ahead at the next event as another opportunity to succeed, not as another opportunity to fail. That is the head space that we’re taking into Yorkton — it’s another excellent opportunity to compete and win at the highest level. Why not be excited for that? Clearly the men’s game has two teams that are a little above the pack and we all need to catch up. Team Brad Jacobs and Team Mike McEwen are not indestructible — they do lose games occasionally — but they also know how to make more shots than most when the chips are down and that has served them well and got them into more finals than most this year. What I’ve noticed from playing them is a fearlessness that most teams don’t have at the moment; they look at every shot as makeable, look at every opportunity as a chance to put the pressure on the other teams. Teams can’t run and hide, and we don’t plan to. I really think the game is changing. The game used to be one where you could miss on the “pro side” or play a shot that might not be the one that puts the most pressure on the other team, but was one that the team thought was more makeable. The best teams now say “where can I put a rock to put the most pressure on them?” And then they play that shot … and they make it. We need to do the same and have that mind frame. The good thing is that I know we have the talent to do it. Now, it’s time for action. (Nolan Thiessen is a two-time Canadian champion who plays lead for Team John Morris, AKA Team Canada, who will be competing in the 2015 World Financial Group Continental Cup, presented by SecurTek Monitoring Solutions, Jan. 8-11 in Calgary; and the 2015 Tim Hortons Brier, presented by SecurTek Monitoring Solutions, Feb. 28-March 8 in Calgary).