While Scotland’s Eve Muirhead was beat Ottawa’s Rachel Homan in the final of the Grand Slam of Curling’s Canadian Open in Yorkton, Sask., it was another team that took the biggest stride forward over the weekend. 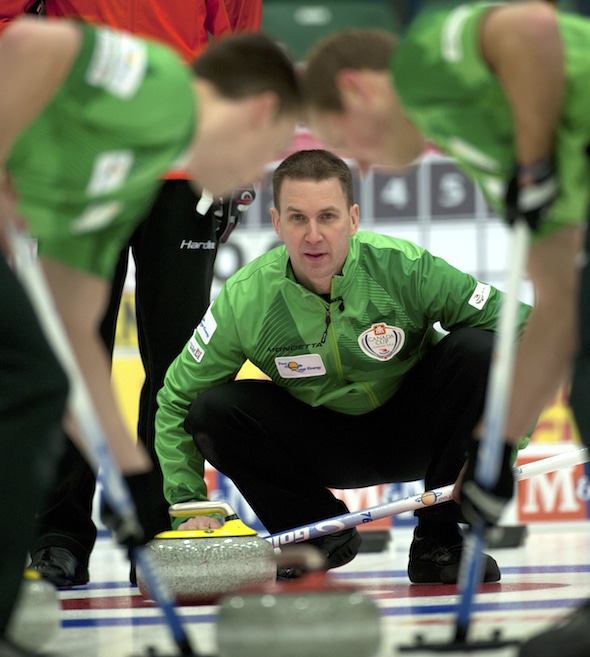 Muirhead (with Anna Sloan, Vicki Adams, and Sarah Reid) won the final, and $25,000 to pad the Christmas shopping account, her semifinal opposition, Val Sweeting of Edmonton took home a large prize of her own into the Christmas break. Sweeting’s weekend earned her $10,000 and 22 points on the Canadian Team Ranking System. Considering Jennifer Jones (Winnipeg) was ousted in the quarter-finals, and only took home 18 points, Sweeting was able to sneak by her and take over the all-important No. 1 spot on the Canadian Team Ranking System women’s standings. Homan took home $14,000 and 27 points for her third Grand Slam final loss of the season, and remains in third place on the CTRS, just 14 points out of first. Muirhead, meanwhile, has won the past two women’s Slams (the 2013 world champ also prevailed at the Colonial Square Ladies Classic in Saskatoon), and sits third on the World Curling Tour Order of Merit, behind Jones and Homan, based on a two-season points total. 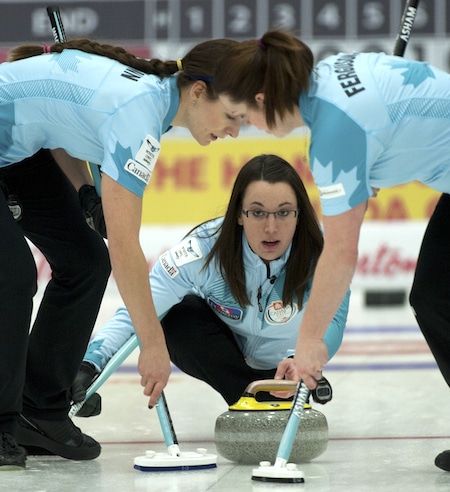 Sweeting may not have seen this success coming considering how her season began. After losing Joanne Courtney to Team Homan in the off-season, her replacement Andrea Crawford left the team just as the competitive season was getting started. But with a win at the Grand Slam Masters and the Home Hardware Canada Cup of Curling, and a semifinal finish in another Slam, the points piled up to a point where Sweeting, vice Lori Olson-Johns, second Dana Ferguson and lead Rachelle Brown are currently ranked as the best in the country. On the men’s side, Brad Gushue beat local favourite Steve Laycock in an exciting final. Down one, playing the eighth end with hammer, Gushue had to make a runback double-takeout with his first shot, then draw to the side of the button for the win. Gushue (with his St. John’s based team of Mark Nichols, Brett Gallant and Geoff Walker) captured his second Grand Slam title of the year, $25,000 and 40 CTRS points. He currently sits third on the CTRS men’s standings, and on the WCT Order of Merit. Laycock (Saskatoon), meanwhile, continued his strong year and moved into eighth place on the CTRS with a 27 point gain. Perhaps the biggest upset of the weekend was Edmonton’s Brendan Bottcher taking down Winnipeg’s Mike McEwen in the round of eight with a 6-3 triumph. McEwen failed to win an event for just the second time in eight attempts. Bottcher took home 22 points for reaching the semis, while McEwen took home 18 points; enough to hold on to his No. 1 Canadian and WCT ranking.