Sometimes in sports we look at our most successful athletes as the true heroes. We say that the athletes standing atop the Olympic podium will go down in sporting history, and it’s true, they will. We too often forget about that team behind the scenes. We forget that the most crucial part of a team doesn’t get to stand atop the Olympic podium. A coach is an essential part of a team’s or athlete’s success, on and off the ice. Although the athletes are always the stars of our show, it’s their coach that works with them to enable their success. It’s the coach that helps our high-level athletes perfect their craft day in and day out, and it’s the coach who is always standing there waiting for a high-five, regardless of how terribly you played. 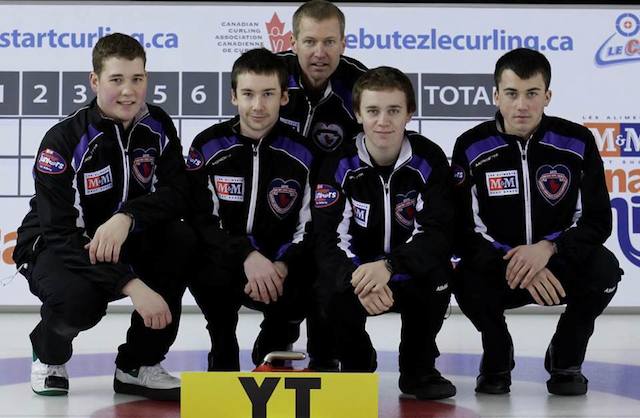 I recently caught up with long-time curling coach Wade Scoffin of Whitehorse, Yukon. As a competitive curler Wade has participated in three Tim Hortons Briers, (most recently in 2008) and four Canadian Mixed championships. Despite his own impressive curling resumé, some of Wade’s proudest moments in the sport have come through coaching. The name Scoffin may sound familiar. Wade’s oldest son, Thomas, has taken the curling world by storm. Thomas won the right to compete at his first junior nationals for the Yukon at just 12 years of age, and was the skip: of course, Dad was the coach. A dynamic duo was born, and the team represented the Yukon seven more times at Junior Nationals before Thomas moved to Edmonton to pursue his education, and of course, more curling. With Thomas no longer on the Yukon curling scene, one would think that perhaps Scoffin Senior would consider focusing his efforts back on his own play. Not a chance. Scoffin continues to coach junior curlers in the Yukon, a true sign of a passionate and dedicated coach. “Young athletes seem to be naturally enthusiastic,” he says. “Helping channel that positive energy towards goals which often result in some really exciting experiences is something that I really enjoy.” 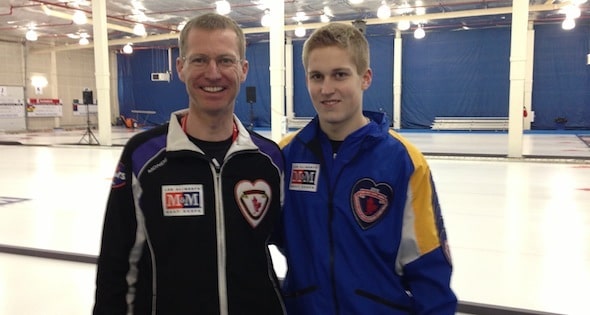 Scoffin has spent most of his coaching career working with junior boys, but this season he’s taken on a new and exciting challenge, as he is now the head coach for a junior girls team in Whitehorse who are looking to represent the Yukon at both the Canada Winter Games in Prince George, B.C., and Junior Nationals in Corner Brook, N.L. Coaching a girls team has brought in a whole new array of experiences as a coach for Scoffin, as he says the two groups are very different. The biggest difference is the role of team dynamics between junior boys and junior girls, and the importance of understanding the role as a coach. “Lots of boys teams are OK with coming together and just focus on the sport one hour before the game and go their separate ways one hour after the game,” he says. “They then do their own thing, but are ready and prepared to compete or train when that is on the agenda. For girls’ teams, the team cohesiveness seems to be more important around the clock. Really having a sense of the team DNA as a coach, both on and off the ice, is a challenge, but also rewarding when you get lucky and figure some of it out for a short time during the season. It is always a moving target, and in particular with the 20-and-under age group.” Coaching is challenging on the best of days but despite this, it doesn’t look like Scoffin is giving up his coaching role anytime soon. “When I see an athlete and a team be successful both on and off the ice it is always really rewarding,” he says. Scoffin explains that he sees his athletes gaining many skills that that will help them both on and off the ice, and as a coach it makes all the time and energy he put into the team and his athletes very worthwhile. “Your athletes are learning so many transferable skills: clear communication, separating out the emotion to the facts, problem solving, dealing with distractions, working together and supporting each other.” Wade Scoffin is a true unsung hero of the junior curling community. He continues to put in time and effort for many young athletes in the Yukon and has proven that he has the ability to develop top-level athletes. Coaches like Scoffin keep our sport alive and vibrant, and, most importantly, light the fire and passion in young curlers that keep them playing the game. 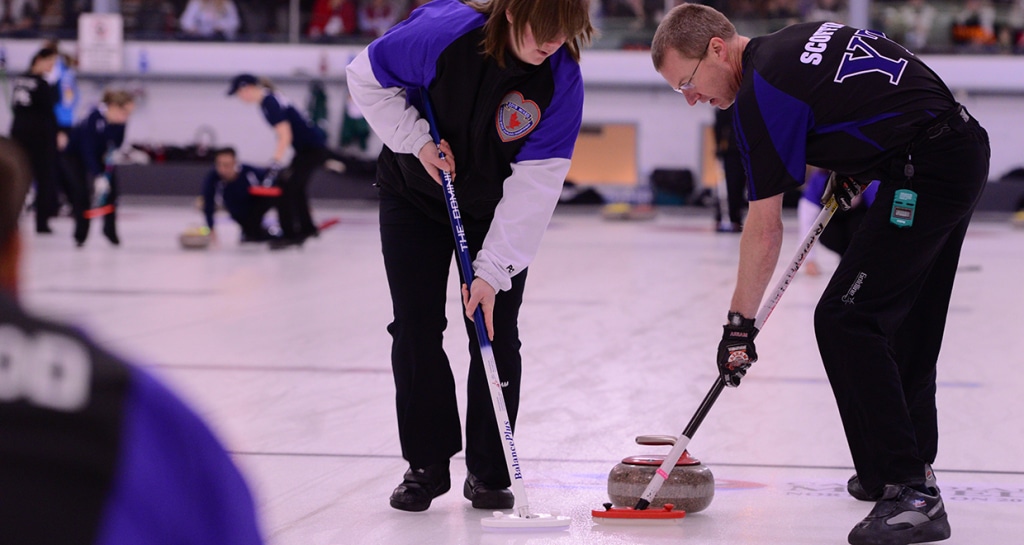