Sparing for charity at The Glencoe Club

Calgary’s Glencoe Club and National Training Centre (NTC) know how to get into the holiday spirit: the Super Spare Silent Auction, now in its fourth year, raises money to support a local shelter for homeless and runaway youth. How? By auctioning off the services of high-performance curlers to The Glencoe’s curling members. 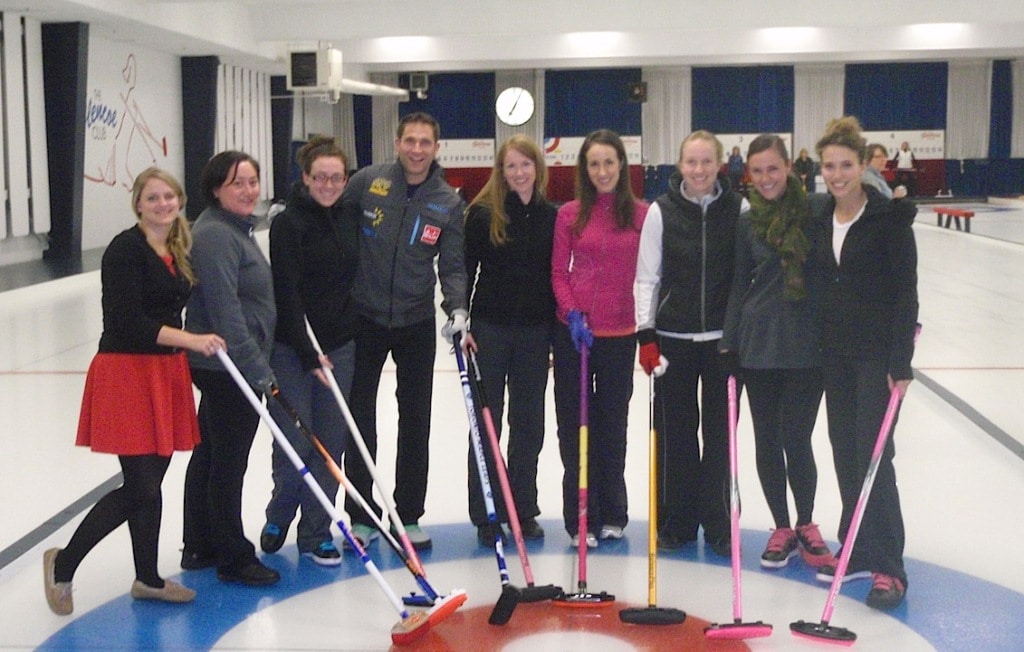 “The winning bid gets to play with that athlete in their league game,” says Paul Webster, Curling Director at The Glencoe as well as the CCA’s National Development Coach. “Results count, the player can play any position, and any Super Spare can play in any league – just for that one game.” This year, the auction raised $7100 for the Boys & Girls Club of Calgary’s Avenue 15 Shelter as part of “Project Angel”, says Webster, an initiative the club, encouraging all departments to undertake some kind of fundraising campaign. “This is curling’s way of giving back. It is also our NTC’s way of giving back both to the charity and the club for housing us here.” “(The Super Spare Auction) is really two parts,” he says. “The first and most important is raising money for a great cause, and the second is creating an experience for our club members that is, in my opinion, unparalleled in any sports club in the world. You can pay $500 as a team to play with a world and Olympic champion. And they help you win the game for your league.” “This year Rick Lang has volunteered and is offering an Olympic jacket signed by the Jacobs team,” says Jack Moss, a curler at The Glencoe who has participated in the auction for several years. “And we also have Rachel Homan’s whole team. Having these players on the ice adds to the incentive to play well, and I think that the pros also like to show what they can do.” Take Laine Peters, for instance. “Her first shot was a runback of about 20 feet which she stuck,” says Moss. “Second shot was an angle raise take-out and stay. She kept saying: ‘You do know I play lead, right?’ By the end of the game I don’t think she threw even a single draw and made numerous runbacks and raise doubles.” 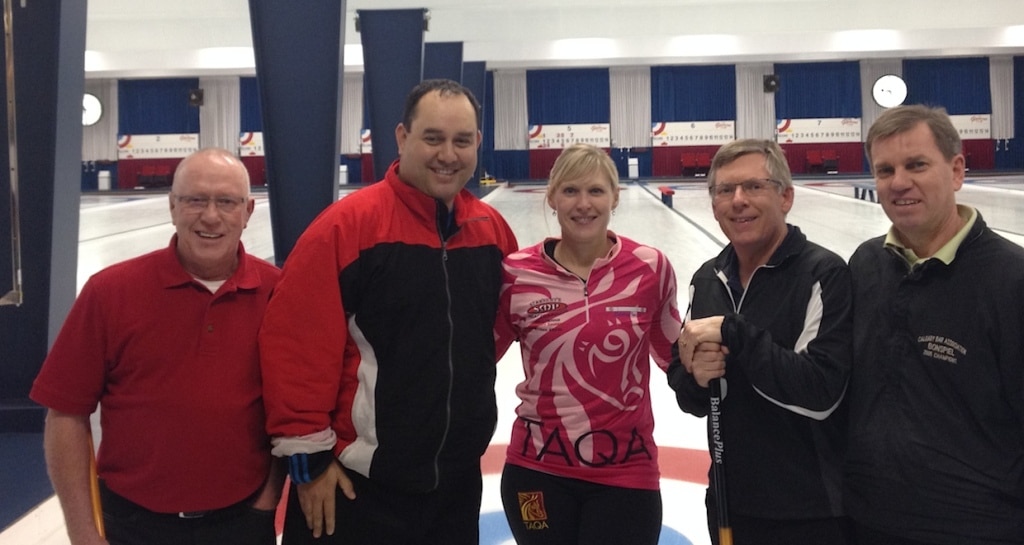 In the very first auction, remembers Moss, John Morris and Webster were auctioned off to one of the Ladies leagues and (rumour has it) played their games in “special outfits.” Morris was so popular that the following year, two teams banded together to win the auction for his services in their game.” Amy Nixon is another curler who had some fun with her team on the ice, but in a more surprising way. “Late in the game she told me that she was going to use her loud professional sweeping voice,” says Moss. “When the rock was released she yelled ‘Hard! Hard!’ And then came this deep, hollow frightening ‘HAARRD!!!’ bellow that filled the whole building and was so awesome that both sweepers momentarily stopped sweeping to look up, not sure of who made that sound. Who would think that such volume could come from such a small package?” 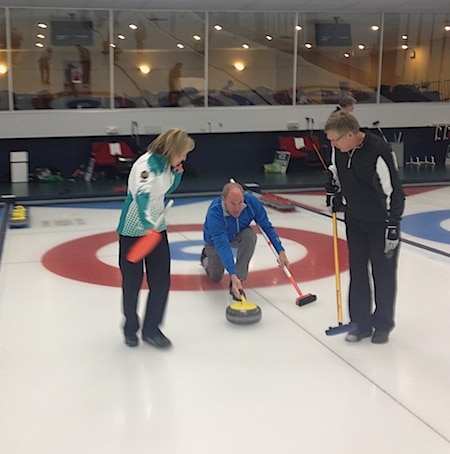 Being out on the ice with these high-performance athletes is a highlight, but sometimes the highlights come off the ice, as well. Moss describes Cori Morris and Ben Hebert, who both won medals at the 2010 Vancouver Olympics, sharing their experiences with their teams during the traditional post-game refreshments. “I am sure that Cori Morris’ silver medal has been handled thousands of times, but when she took it out to show it you could see in her eyes that it was like she was seeing it for the first time herself,” says Moss. “And when Ben Hebert was telling about some of the events at the Olympics, he lowered his voice and it was: ‘Hey, fellas – here’s a good one.’ And everyone leaned in to hear the confidential anecdote.” But this unique interaction of high-performance and club curlers is only part of the success of the Super Spare Auction: it’s about curlers doing something to give back. “Paul has done an amazing job in making this happen,” says Moss. “Everyone who participates appreciates that the bottom line is to help in a worthy endeavour.”