Inside Junior Curling: Age is but a number

When the finest junior curlers in Canada hit the ice this Saturday in Corner Brook, N.L., for the M&M Meat Shops Canadian Junior Curling Championships curling fans will be wowed by the talent from coast to coast – and we will be even more impressed when we discover the age of many of our most talented athletes. 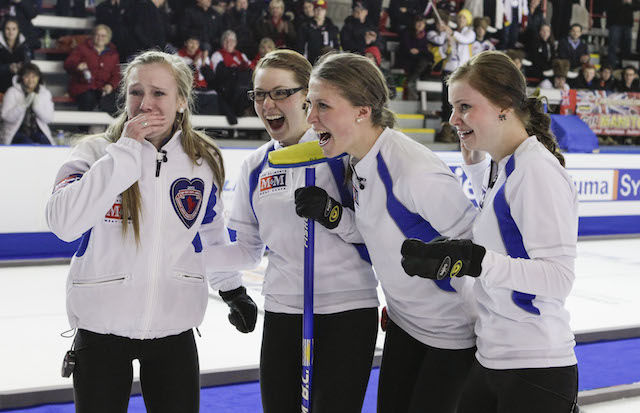 At the 2013 Canadian Juniors in Fort McMurray, Alta., two 17-year-old skips and their young squads shook the Canadian curling world when they won both the woman and men’s championships. Corryn Brown of British Columbia and Matt Dunstone of Manitoba had the entire country saying: “They’re HOW old?!” when they both won the right to represent Canada at the World Championships in Sochi, Russia. In 2014, Mary Fay of Nova Scotia and her team of then 15-year-old best friends took the field by storm in Liverpool, N.S., coming home with a bronze medal. In the same event, Sarah Daniels, who played second for British Columbia, was only 14 years old when she played in the national final, returning home to Delta with not only a silver medal but the First Team All-Star second award, to boot. So, at such a young age, how are our athletes gaining both the experience and the skills to be not only the best in Canada, but also some of the best players in the world? I scoured the country asking some of our young champions for their best-kept secrets and recipes for success. The athletes were quick to credit awesome coaching, dedication from their entire team, a universal love for the game and a strong bond off the ice for their many successes. “I would have to say that we’ve been able to be successful by playing together for so long and from such a young age,” says Erin Pincott, who plays third B.C.’s Corryn Brown, the 2013 Canadian Junior champions and 2015 provincial champions. “We know each other inside and out, we know what each player needs on and off the ice in order to get the best out of them, and everyone has their own role on the team. We get along great off the ice, which I think is key in team dynamics and we’ve learned (over lots of time) to ‘park’ whatever happens between us on the ice. It helps that we’ve had great coaching since day one and have been lucky enough to play in a lot of events at the juvenile age, which has gained us a lot of experience.” Long-time teammate Samantha Fisher was quick to add that their success comes from each other, and a shared desire to reach all of their goals: “We all have the drive and commitment. We have the same goals, and everyone works equally as hard to ensure that we reach them.” 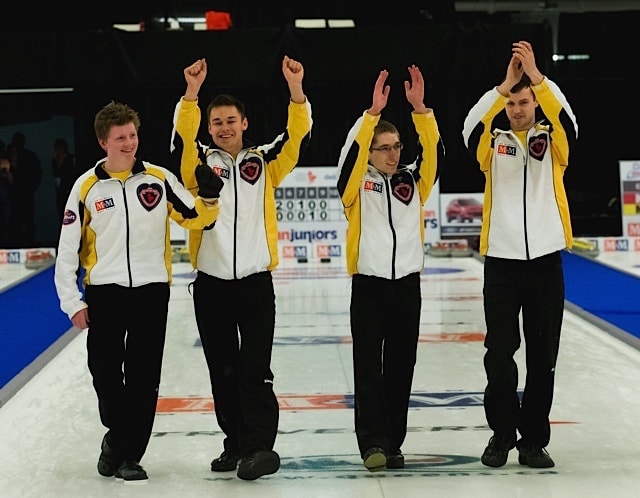 Reigning Canadian junior men’s champion, Braden Calvert, who won the 2014 Canadian Junior Championship at just 18 years of age, credits the support from both his family and the province of Manitoba with his curling success. “Having support from my family has let me grow my skills in the game I dedicate so much time to,” says Calvert. “Practice and dedication to wanting to get better has helped me a lot along the way. Living in Manitoba and playing on the Junior and even Men’s tours has given me the opportunity to play the best players and I think that makes everyone better at the end of the day.” On the other side of the country, the 2015 Nova Scotia Junior women’s champions, skipped by Mary Fay, credit their quick rise to curling stardom to a strong team bond, work ethic and the incredible support they receive from their families. “All I can really say is, I’ve been curling with these girls for close to six years now, we know each other so well and find every possible way to make things work,” says lead Janique LeBlanc. “It’s sometimes hard to get together as a team since we’re all spread out (across Nova Scotia); however, we find ways to practice alone, whether it’s physical training, curling practice, or mental training. Most of all, we try to focus on the little (simple) things that will help us move forward as a team.” “The fact that when we are curling together we are always having a blast really helps,” says second Karlee Burgess. “The people around us give us a lot of support, and our coach (Andrew Atherton) puts also a lot of time in for us because he knows where we are at now, but he just wants to keep making us better. “ 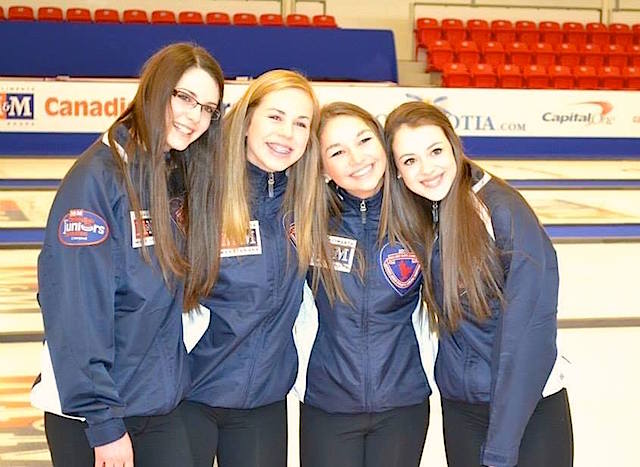 The field at the upcoming 2015 M&M Meat Shops Canadian Junior Curling Championships includes athletes ranging in age from 14-21 years old, and you can rest assured they are about to put on a show. Fans in Corner Brook get ready, the best young talent Canada has to offer is coming your way and they are all ready to prove that age is but a number.