An update from across the Atlantic Ocean

By Alison Kreviuzuk Since I first began curling with Team Homan all those 14 years ago, my life evolved almost exclusively around curling. Back then, we would always say that school came first but in reality, it was a close second. 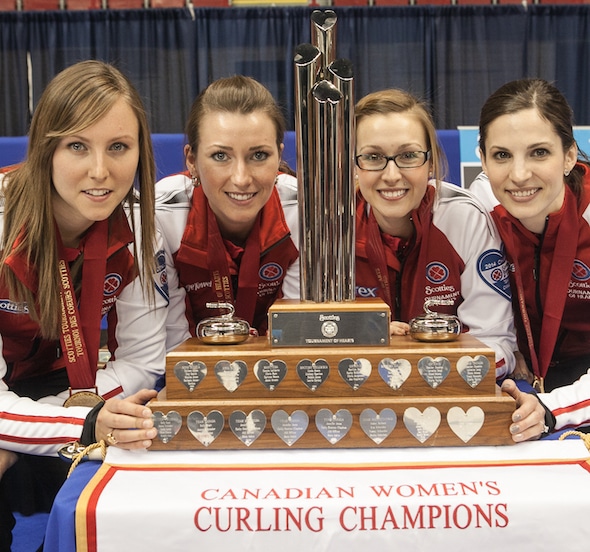 Life in Sweden has been dramatically different from what my norm was before, but I think I’m adapting quite well. Not having a regulated training program each and every day has been strange, but oddly refreshing. Here are a few other differences I’ve noticed since moving here: Learning a new language is proving to be quite difficult. I attend classes every day and do my homework every night. Effective pronunciation will get there eventually… I hope. Their u’s and r’s are practically impossible for me to say right now. I feel confident enough to order sometime at a restaurant, ask where the washrooms are and tell a small story about who I am and where I’m from. The phrase ‘jag talar inte svenska’ (I don’t speak Swedish) seems to be the sentence most used right now though. Sometimes I don’t even say that, I just pretend I know what strangers are saying and just nod along. My neighbours must think I’m crazy. Even though I talked about taking a step back, it seems as though I miss it too much to stay completely away. Should the girls qualify, I was asked by Margaretha Sigfridsson’s team to spare for Maria Wennerström at the Players Championships while she is busy becoming a new mom. They are all a great group of ladies and I couldn’t be more excited to team up with them for such a fantastic event. I have also signed on to do some broadcasting for the World Curling Federation at the World Junior Championships in Estonia, beginning on Feb. 28. I am thrilled to be handed such great opportunities and I look forward to what else 2015 has to offer. That’s all for now Canada! I miss you all and I can’t wait to return in April. (Alison Kreviazuk played second for Team Homan for 14 years, winning two Scotties Tournament of Hearts Canadian championship. This past off-season, she moved to Sweden to be with her boyfriend Fredrik Lindberg.)