The Alberta Golden Bears and Pandas swept the 2015 men’s and women’s CIS-Curling Canada Championship titles Saturday afternoon, becoming the second university to sweep the team titles. The last team to sweep the titles was the Wilfrid Laurier Golden Hawks in 2007-08, the inaugural year the championships were held. Two-time World Junior champion Kelsey Rocque and her rink defeated the Thompson Rivers Wolfpack 7-6 to claim Alberta’s first-ever national gold medal on the women’s side. After going 6-1 in the round robin, Alberta defeated the host Golden Hawks 6-2 in the semifinal. 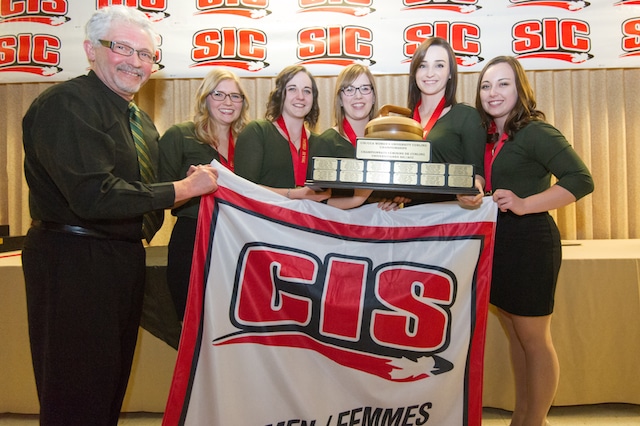 The Canada West silver medalists played a tight first half of the gold medal draw, trailing 5-3 at the end of six before picking up a huge four in the seventh end to go ahead 7-5. Thompson Rivers tried to claw back, picking up a single in the ninth, but Rocque and her rink ran the Wolfpack out of rocks to secure the win. Alberta’s vice Taylor MacDonald curled an outstanding 89 per cent to help lead Alberta to the victory. On the men’s side, Alberta defeated the host Wilfrid Laurier Golden Hawks 6-4 to claim their second national title in school history. After defeating the Winnipeg Wesmen Saturday morning in a rematch of the Canada West championship, the Golden Bears played a tight game with the Hawks. 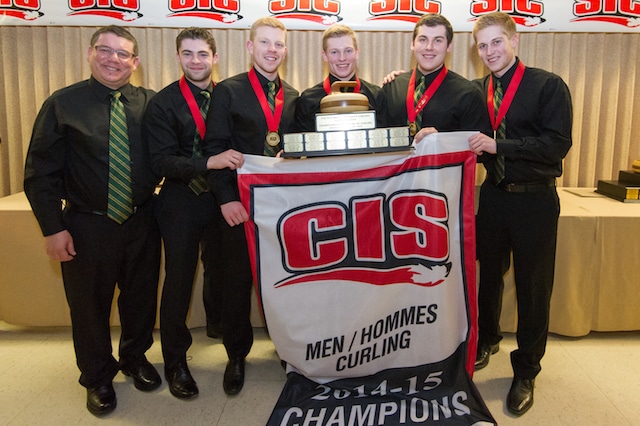