A reunion on the ice for 2012 Youth Olympians

A special reunion took place in Waterloo, Ont., recently, where curlers from across Canada took over the K-W Granite Club for the CIS-Curling Canada University Curling Championships. Four of those curlers were together again for the first time since 2012, when they won a bronze medal in Innsbruck, Austria, as members of Canada’s first Youth Olympics team. 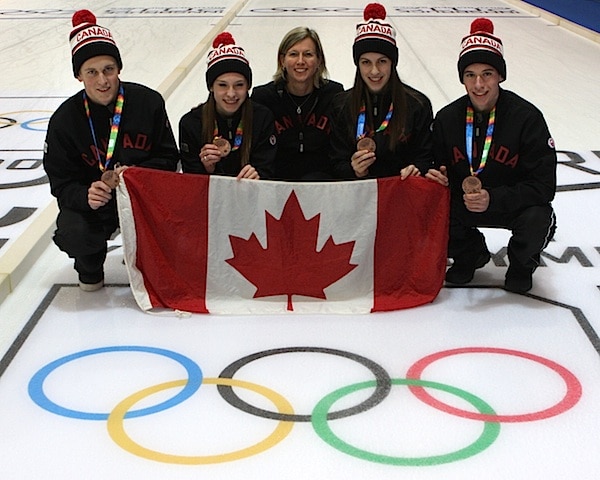 Yukon’s Thomas Scoffin, British Columbia’s Corryn Brown, Manitoba’s Derek Oryniak and Prince Edward Island’s Emily Gray first met at the 2011 Canada Winter Games in Halifax, where they were selected to work with coach Helen Radford as the team that would represent Canada at the first-ever Youth Olympic Games. After months of preparation, the young Canadian squad travelled to Innsbruck. They finished in second place in their pool with a 5-2 record and won their quarter-final. Team Canada looked to be rolling towards the podium. 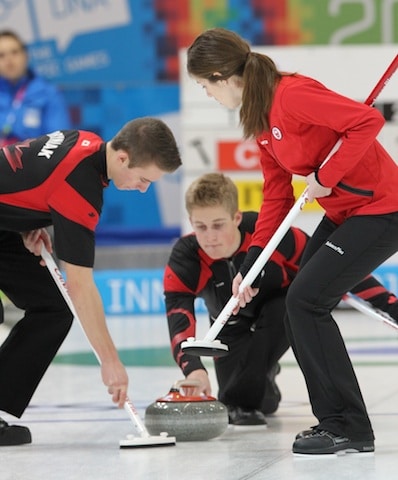 But then came a crushing loss to Italy in the semifinal. With the help of coach Radford, the determined curlers regrouped and climbed back with an outstanding performance to win bronze – the first medal for the entire Youth Olympics Canadian team in Innsbruck. Oryniak remembers that experience as one of the highlights – and lowlights – of his young curling career. “When you put so much pressure on yourself to….bring home gold for your country, losing the game to give yourself a chance to do that is extremely difficult,” he said recently in an interview after receiving a Curling Canada For The Love Of Curling scholarship. “However, I have never been more proud of myself and my amazing teammates for how all four of us were able to recover from the loss and play one of our best games together to win the bronze.” 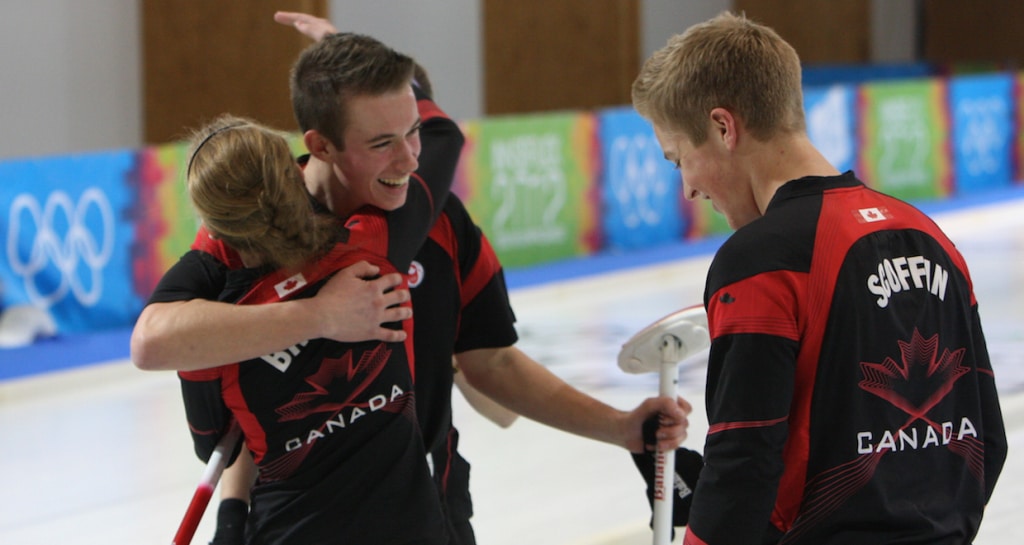 Derek Oryniak, Corryn Brown and Thomas Scoffin in the moments after winning their bronze medal on the ice in Innsbruck (Photo WCF/Richard Gray)

Those “amazing” teammates had a chance to meet up again in Waterloo, as opponents on the ice and friends off it – another step in their curling journeys. Gray, playing second with UPEI Panthers teammates Veronica Smith (skip), Jane DiCarlo (third), Aleya Quilty (lead) and coach Paul Smith, finished fourth after losing the bronze medal game to home-town Wilfrid Laurier Golden Hawks, 8-3. 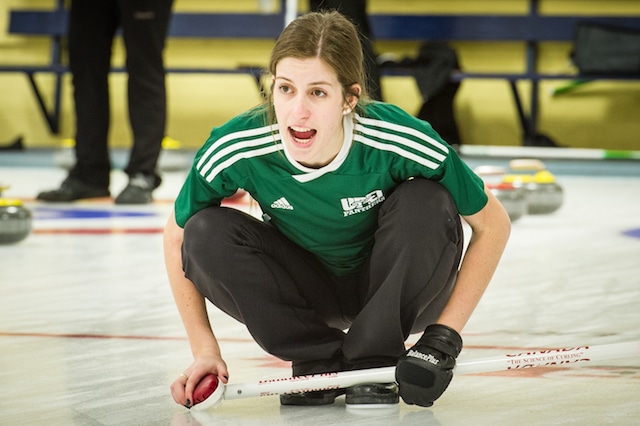 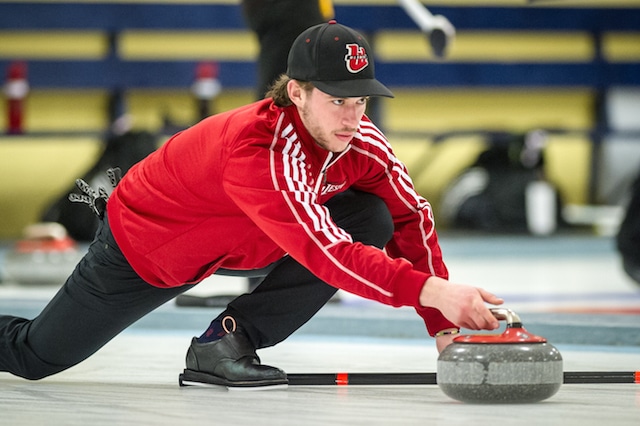 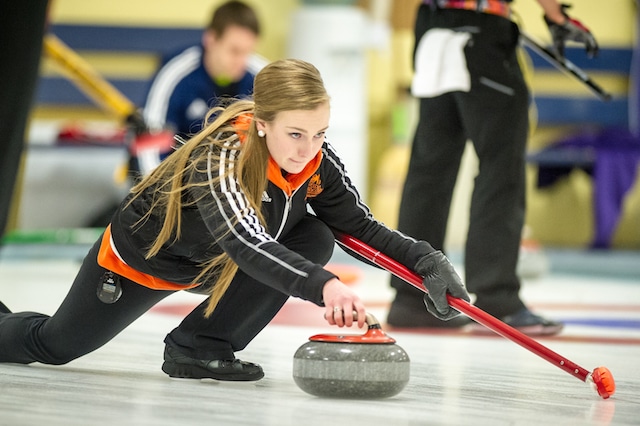 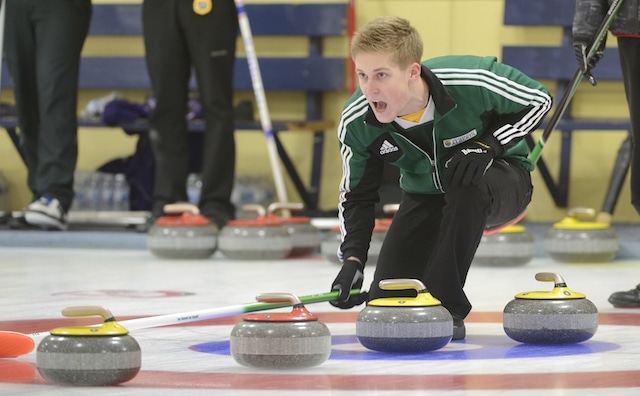 The Youth Olympics provided these talented young curlers with an early taste of international competition, and based on their many successes so far – including their playoff results at the CIS-SIC university championships last week in Waterloo – the experience had a huge impact on them. “There was no stopping us, and we knew it,” said Scoffin after that bronze-medal win back in 2012. “I couldn’t ask for three better teammates.” 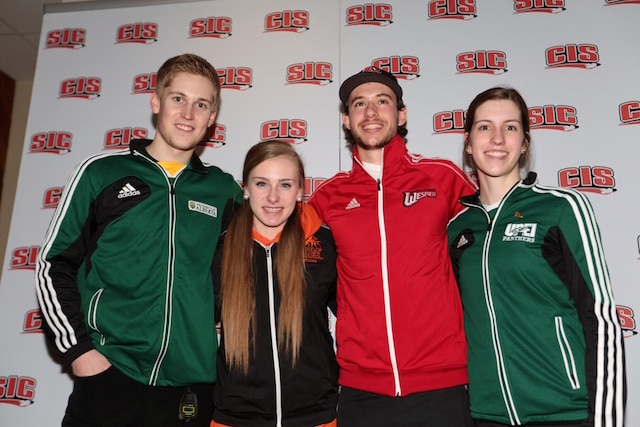