Thomas Ulsrud made a last-rock draw to the edge of the button for a single in the 11th end to beat Pat Simmons of Canada 7-6 in the Page 1-2 playoff game Friday at the Ford World Men’s Curling Championship. 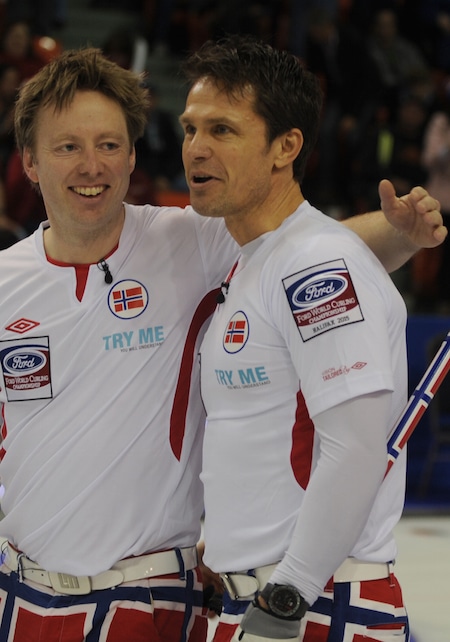 Norway advances to Sunday’s championship game at 4 p.m. AT while Canada goes into Saturday’s 7:30 p.m. semifinal at the Scotiabank Centre in Halifax. Simmons, third John Morris, second Carter Rycroft, lead Nolan Thiessen, alternate Tom Sallows and coaches Earle Morris and Rick Lang had an early 2-1 lead and were ahead 4-2 after six. But Ulsrud, third Torger Nergård, second Christoffer Svae, lead Håvard Vad Petersson, alternate Markus Høiberg and coach Pål Trulsen outscored Canada 5-2 in the final five ends. “That’s why we tried so hard to get into the one-two game … just in case something like this happens,” said Simmons. “It was (a frustrating game). We played pretty well and had chances. A couple little miscues and that’s the way the game goes. We’ll live to fight another day.” In a game that featured plenty of excellent, and difficult shots, it all came down to a routine draw to the button for Ulsrud who hardly missed all night, shooting 91 per cent. “It feels really good because that was a really tight game,” he said. “We had some good breaks – nobody ever was ever that far in front. I had to make a really crucial shot in seven I think, I had to make a run-double, not my favourite shot but I pulled it off.” Norway got deuces in the seventh and ninth to lead 6-5 coming home. In the seventh Simmons was inches short of blocking a runback and that left Ulsrud just enough room to hit the raised double to score two. 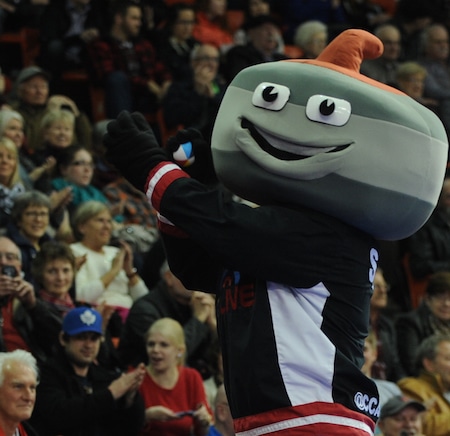 “If we put two more licks on my guard in the seventh, when he made his nice shot for two, he doesn’t have that,” explained Simmons. ““We had so many chances. It was a game of opportunities. If we capitalize on one of a few we would have been in pretty good shape.” In the ninth Ulsrud drew the button and was sitting two. Simmons picked one but his shooter was exposed enough for Ulsrud to tap it back for another deuce. Simmons tied it in 10, having to settle for one after his first-rock hit and roll shot rolled about two inches outside the rings, almost frozen to another rock. With his final stone he tried hitting that rock and getting it to spin back into the house but it spun along the edge and out. “It might have been there with a hair less weight,” said Simmons. Canada had a 3-2 edge at the fifth-end break, scoring two in the second and one in the fifth. Norway, opening with the hammer, had singles in the first and third ends. 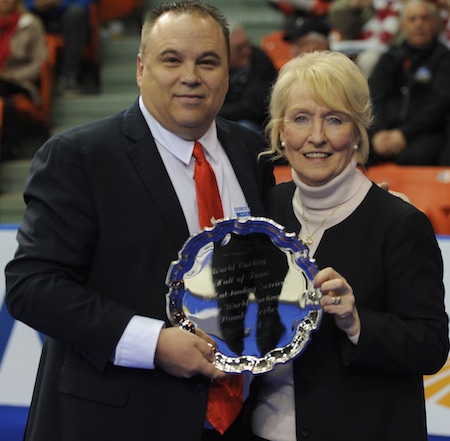 Norway missed on three straight attempted raise take-outs but once Ulsrud had a clear shot at three Canadian stones inside the eight foot, he cleared house and took the single. Canada got two after Ulsrud and Simmons traded tap backs. Canada had a chance to steal in three until Simmons was light and on the centre line with his try for a guard and Ulsrud had an hit and stick to tie the game. The teams blanked four and Ulsrud forced Canada to take one in five, when Simmons had to draw the button facing three Norwegians counters inside the four foot. The 2015 Ford Worlds continue on Saturday with Aku Kauste of Finland playing Niklas Edin of Sweden in the Page 3-4 playoff game at 2:30 p.m. AT. The winner of that game will play Canada in the semifinal at 7:30 p.m. AT.