From sidelines to spare at the Canada Winter Games 2015

You may have missed it during another jam-packed curling season, but for two weeks in February, curlers aged 12-18 from across Canada gathered on the ice of the Prince George Golf and Curling Club in British Columbia to compete at the 2015 Canada Winter Games. The citizens of Prince George embraced the opportunity to show off their beautiful city to thousands of visitors. They joined the Games volunteer ranks in droves. At the curling venue, they helped officials with timing, scorekeeping and statistics, as well as taking on jobs ranging from webcasting, directing traffic (cars and people) and generally stepping up to ensure a positive experience for athletes, officials and spectators. One of those locals, 17-year-old Diamond Wilson, had a chance to go beyond the usual volunteer duties: she put her curling skills to work as a member of the spare pool during the women’s competition, stepping out onto the ice to support Team Newfoundland when one of their athletes was injured. 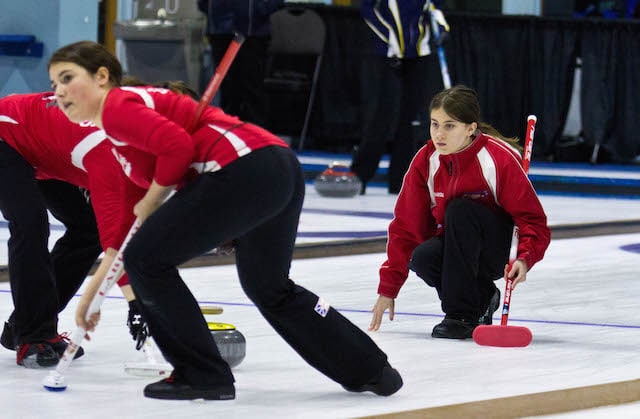 From volunteer on the sidelines to athlete on the ice at a national championship! How did that happen? Diamond shares her story. What’s your curling background? I have attended two provincial Juvenile events. At the BC Games 2012 I competed (as skip) alongside teams like Corryn Brown (former BC Junior champion), Sarah Daniels (the 2015 Canada Winter Games skip) and other teams that I have seen excel throughout my curling career. I also have attended two high school provincials with College Heights Secondary School, placing third in 2013 and sixth in 2014. In Juveniles, I placed eighth in 2012 and fourth in 2013. Curling highlights so far? At our high school provincials in 2014 we were down by eight after the first three ends. By then, I’m sure everyone thought we were done. But we changed our mental game, started smiling more and managed to come back and win. There were many people watching our last couple of ends who said it was an amazing experience. Curling goals? Of course, like most curlers around my age, wearing that provincial logo with your name the back (is a goal). Competing in a national-level event has always been a dream of mine. How did you become part of the Canada Games curling spare pool in Prince George? Before the Games, (the thought of) being in the spare pool was extremely exciting – one of the many things I looked forward to about the Games. I asked to be in the spare pool about a year ahead of time and was told there would most likely be a spot for me. I got more nervous about whether I was in it or not when other people were getting asked and I wasn’t, but the lady in charge was saving me a spot and just hadn’t got around to me yet. And then it happened! You got the call to spare. How was that experience? During the Games I didn’t believe I really had a shot. I am a skip, and my sweeping is probably not as good (as a front end player’s), and that’s what teams are looking for. I was lucky enough to be put in for a Newfoundland and Labrador game against Quebec. Recently the Junior nationals were on TV (from Corner Brook, N.L.) and I heard about the people in Newfoundland and Labrador and how kind they are, but you don’t believe it until you see it. These girls were great to curl with, and extremely funny. (Team NL consisted of skip Megan Kearley, third Chantal Newell, second Lauren Barron and lead Sydney Parsons). I actually got to talk to the girl I was going on for (Newell) in the change room beforehand and she understood and wished me luck. She also got to spare at the junior nationals and understood the amazing experience. I got to sit with team Saskatchewan as a “just in case.” The stuff I learned just sitting with the coach was amazing. Definitely a few highlights of the spare pool! 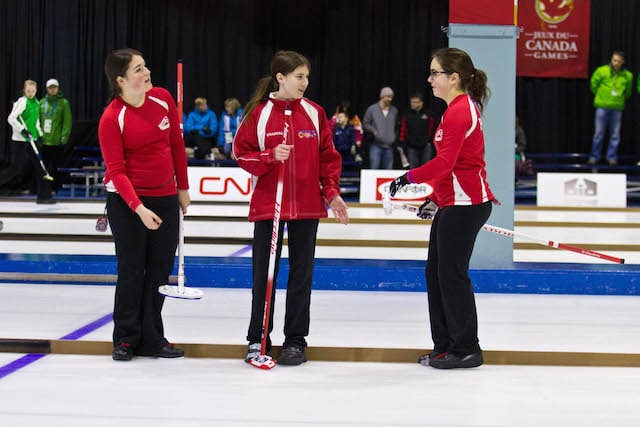 Did you experience any other highlights from the curling event at the Canada Winter Games in Prince George? The curling event was amazing! The boys’ week completely blew my mind. The amount of talent that was at the Games was exciting. It had you hooked in every game, whether it was the angles they had to throw or the incredible sweeping skills. The girls, I found, played a safer game, but every game did have really good shots. One of the greatest experiences of the games for me was watching some of my closest friends win a bronze medal in Men’s Curling, (Team BC: lead Tim Henderson, second Nicholas Umbach, third Sterling Middleton, and skip Tyler Tardi). I did also enjoy sparing for Newfoundland as well! In case you missed it, you can read the wrap-up of the Men’s and Women’s Curling events on the Canada Winter Games website, here: Men’s final wrap-up Women’s final wrap-up 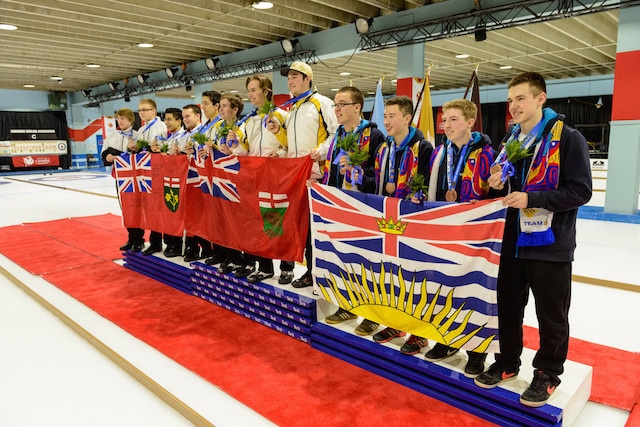 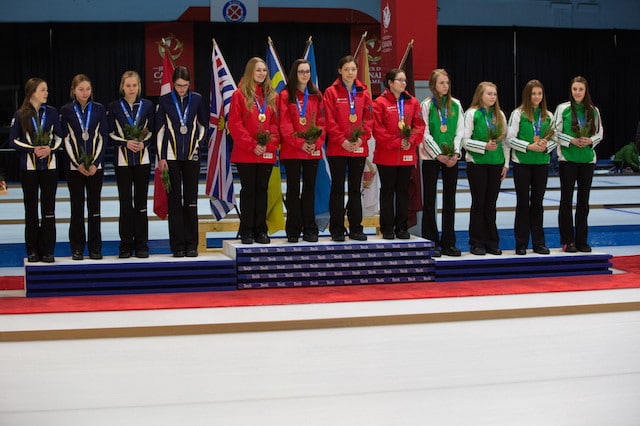