Tie-breaker for Ontario and Saskatchewan

The 2015 Canadian Wheelchair Curling Championship is headed to playoffs – but not until a tie-breaker determines the final team in the mix. 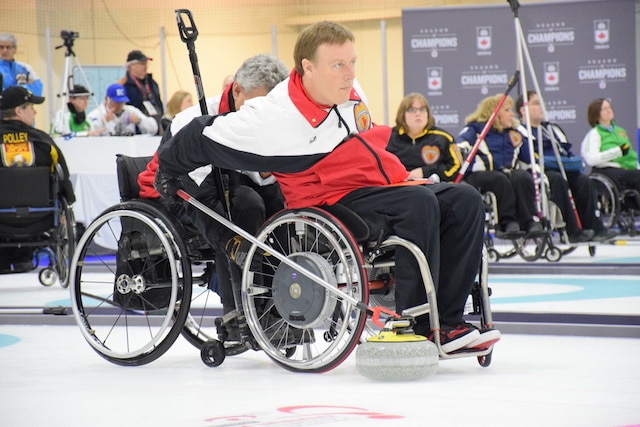 Ontario’s Chris Rees and Saskatchewan’s Darwin Bender will play one more game to determine the final playoff spot after the round robin wrapped up Friday afternoon at Centre Gilles Chabot in Boucherville, Que. Quebec’s Benoit Lessard finished in first place with an 8-1 record. In the final draw, Lessard defeated Manitoba’s Dennis Thiessen in a rematch of the 2014 championship final. Tied 5-5 after six ends, Quebec scored a single in the seventh and went on to steal four in the final end for a 10-5 win. Manitoba finished the round robin in second place with a 6-3 record, so these two teams will do it all over again on Saturday in the Page Playoff 1 vs 2 game. Also on Friday afternoon, British Columbia’s Gerry Austgarden stole five points in the fourth end in a 10-2 win over New Brunswick’s Michael Fitzgerald, securing third place and a spot in the Page Playoff 3 vs 4 game. The tie-breaker will determine BC’s opponent. On Friday afternoon, Ontario stole three ends in an attempt to catch Alberta in the final game of the round robin, but fell short in a 7-4 loss. Saskatchewan scored five in the seventh end to defeat Newfoundland and Labrador 13-2 and pull even with Ontario with a 5-4 record. The tie-breaker will take place Saturday morning at 10 a.m. ET. Alberta (4-5), Newfoundland and Labrador (3-6), Northern Ontario (3-6), New Brunswick (3-6) and Nova Scotia (2-7) will finish out of the playoffs. Ten teams, representing nine provinces plus Northern Ontario, will play the round robin from April 27 to Friday, May 1, followed by the Page playoff games (1 vs 2, 3 vs 4) on Saturday. The semifinal (loser of 1-2 vs winner of 3-4) goes Sunday, May 3, at 10 a.m., with the championship final scheduled for 2:30 p.m. ET. Selected games are being livestreamed on the Wheelchair Curling Blog at www.wcblog2.com/ For scores and standings, visit Curling Canada’s live scoring at https://www.curling.ca/scoreboard/#/competitions/1654-2015-canadian-wheelchair-curling-championship/scoreboard For results and team information, visit the event website at https://www.curling.ca/2015wheelchair/ 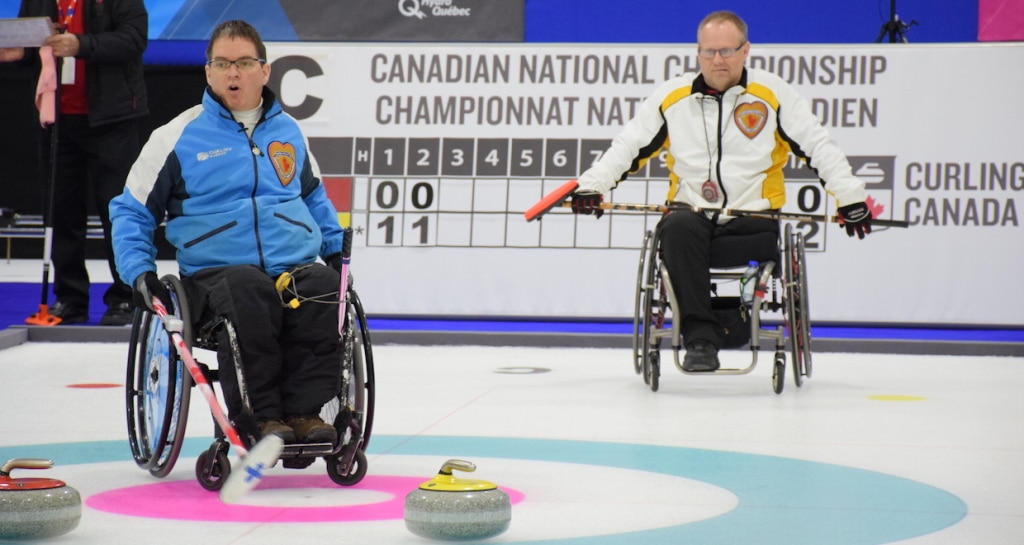