Final day of professional development wraps up at Summit 2015 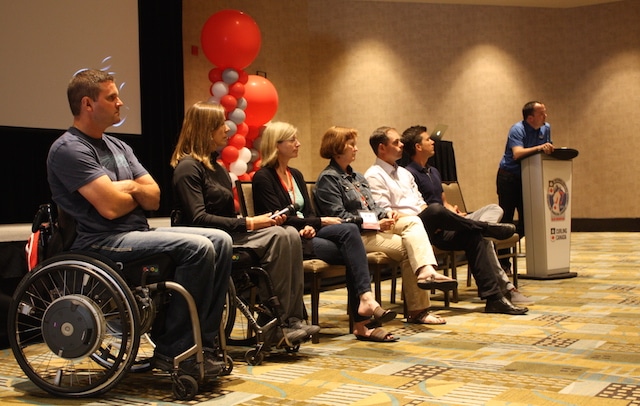 “They only train as mixed doubles curlers,” said Radford about the approach taken by current international teams with success on the world stage. “Those teams go only to mixed doubles competitions throughout Europe – that’s their entire focus. So naturally, that has to happen here in Canada. The motivation is going to be there. There’s going to be leagues, there’s going to be bonspiels. The interest is going to increase.” “They’re interested now,” said Webster about Canada’s top curlers who are new to the mixed doubles scene. “They were semi-interested before, but now you dangle another Olympic opportunity in front of them, the interest has risen a thousand per cent.” The panel also talked about the challenge of being the team with the “target on your back.” “If teams are thinking ‘Canada is the best, and how are we going to beat them?’ then they’re already creating their own path of destruction,” said Ideson. “Hopefully we can perform to our own level. We don’t have to be extraordinary. We just have to make the simple shots and outperform the other team.” “It’s definitely some pressure there,” said Ronnebeck about her team’s run as Northern Ontario champions. “We worked hard. We followed our routine. To me, there’s going to be more pressure on our opposition than there is on us.” Earlier in the day, the Collingwood Curling Club was busy as participants in both the Competition Coach and Recreational Instruction streams attended sessions designed to improve overall performance for athletes and coaches.

On the ice, coaches and curlers learned brushing techniques and practice drills with Nolan Thiessen, Paul Webster and Cathlia Ward. Upstairs in the club room, participants learned the ins and outs of curling stones and how to maintain and manage them. Paquette presented a session to coaches on supporting high performance curlers with an integrated support team, and later in the day, he led a workshop on “rewiring” athletes’ brains for high performance. “You rewire your mindset,” he said about the daily routine he recommends for athletes and coaches. “You create a mindset that doesn’t remove you from stressful high-performance situations. That’s the difference between the athletes who can get the job done, and those who, unfortunately, are wired not to.” Throughout the day at the Blue Mountain Convention Centre, the Best Practices stream offered an interactive session on business planning, followed by tips for grant writing, sponsorship opportunities and membership development. 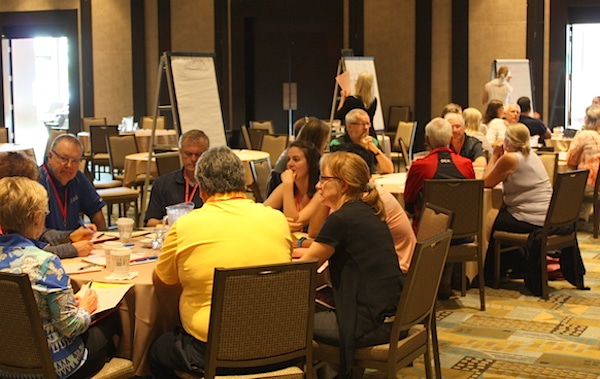 “Thank you for coming to the Summit,” said Curling Canada Vice-Chair Hugh Avery in his closing remarks. “Being a curling volunteer can have its challenges, but it’s times like these that you’re really grateful you get to be in a room with people who just love curling, and that’s why we do it: because we love curling.” Avery also emphasized the importance of incorporating coaches and ice technicians into the business plan of a curling facility, and asked delegates to seek out a membership that is more diverse. “You’re the reason I do my job,” he said. “That’s what makes this job worthwhile, because I know there are people who love this sport as much as I do. “ 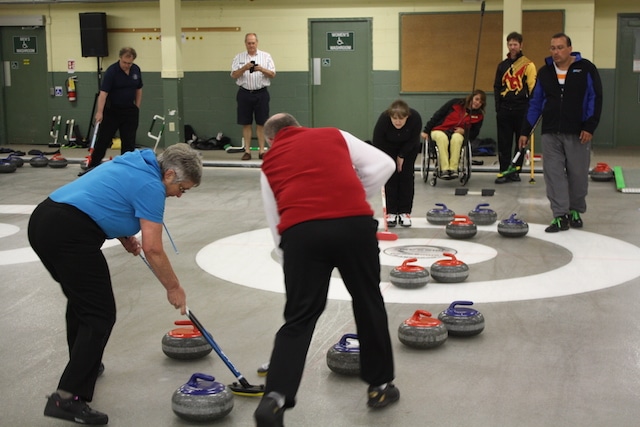