The fields for both the Tim Hortons Brier and Scotties Tournament of Hearts will expand in 2018 in a pilot project, and curlers of all ages across Canada will now be eligible to compete in them, it was announced this morning by Curling Canada. 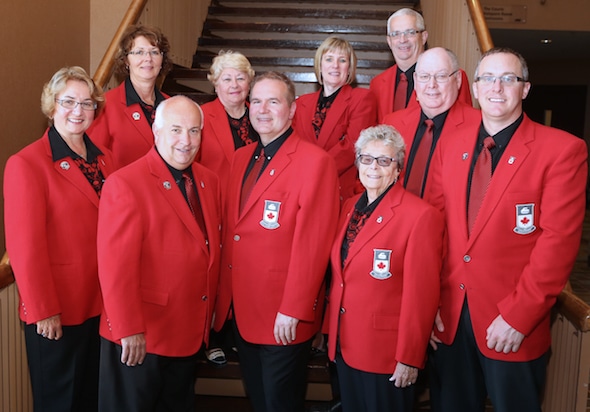 Those, along with a new residency rule for elite teams, were the highlighted outcomes of Curling Canada’s Annual General Meeting, which concluded Friday afternoon at Blue Mountain Resort in Collingwood, Ont. The change in format for the Tim Hortons Brier and Scotties, which will feature champions from all 14 Member Associations with the potential of adding other teams with pre-qualified status, will remove the pre-qualifying round at the 2018 Canadian men’s and women’s championships, and will be assessed immediately afterward. The new format will be put together in consultation between Curling Canada and its various stakeholders and partners. The current pre-qualifying system for the Tim Hortons Brier and Scotties, which was introduced this past season, will be retained for the 2016 and 2017 championships to remain consistent during the Olympic quadrennial. The new format will be introduced following the 2018 Winter Olympics in PyeongChang, South Korea. 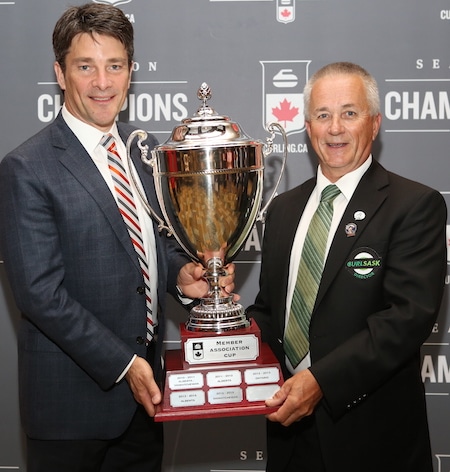 “As always, we listened to the input of our Member Associations and stakeholders and I think this is a format worth trying out,” said Hugh Avery, who was re-elected for a one-year term with the Curling Canada Board of Governors, and also elected as board Chair for the 2015-16 season. “After the 2018 events, we will consult again with Member Associations, players and other stakeholders to see where we go with this.” Meanwhile, junior-eligible players will now be able to enter the playdowns leading to the Tim Hortons Brier and Scotties, bringing Curling Canada in line with World Curling Federation and Olympic rules. Also, a new residency policy was adopted by Curling Canada that will allow teams to have one non-resident outside of the Member Association they choose to represent, but the other three players will be subject to stricter proof-of-residency rules that will be enforced by Curling Canada with the co-operation of the players. “We’re ready to do our part for the integrity of the game,” said Mike McEwen, skip of the Canadian Team Ranking System 2014-15 top-ranked team. “We understand the thought process that went into this decision, and we know it wasn’t an easy decision, but we believe it was the right one and we will do what we can to help Curling Canada and the Member Associations make it work.” 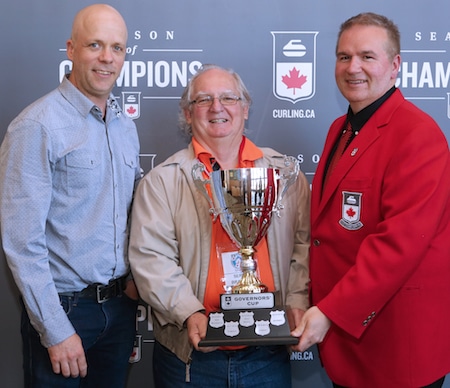 In addition to the rule/format changes, Curling Canada also concluded its season-long chase for the MA Cup, presented by TSN, and the Governor’s Cup. The MA Cup, presented by TSN, goes to the Member Association that has the best average finish at each of the eight Curling Canada national championships. The Governor’s Cup, meanwhile is awarded to the MA with the best average improvement from the 2013-14 season. Saskatchewan claimed the MA Cup, presented by TSN, while Quebec was the winner of the Governor’s Cup. Besides Avery, four other new Governors were elected to the board: Winnipeg’s Resby Coutts and former Curling Canada Board Chair Maureen Miller of Yellowknife were elected to four-year terms; Cathy Hughes of Montreal was elected to a three-year term, and Ron Hutton of Saint John, N.B. — like Avery and Miller a former Board Chair — was elected to a two-year term. Peter Inch of London, Ont., was elected as Board Vice-Chair. “This was an extremely productive week for Curling Canada, starting with our second Curling Summit and wrapping up with two positive days of meetings between the Board and our Member Associations,” said Greg Stremlaw, Chief Executive Officer of Curling Canada. “It was another reminder that our sport is in wonderful hands, and the future possibilities are truly exciting.”