Canada’s national junior curling champions will be crowned in Victoria in 2017, it was announced today by Curling Canada. 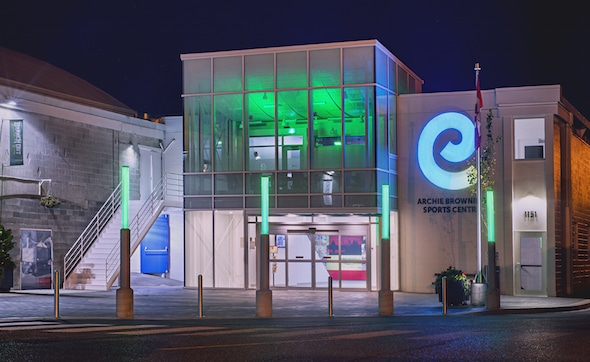 The 2017 Canadian Junior (Under 21) Men’s and Women’s Curling Championships will be staged Jan. 21-29 at the Archie Browning Sports Centre in Esquimalt (a suburb of Victoria), using the facility’s hockey arena and six-sheet curling rink to decide which teams will represent Canada at the 2017 World Junior Curling Championships in PyeongChang, South Korea. “Our city has a rich history of hosting championship curling events, and we know the curlers and fans who will be here in 2017 will be treated to a wonderful experience,” said Keith Dagg, co-Chair of the Victoria host committee. “The Archie Browning Sports Centre is a first-class facility that will allow these talented teams to perform at their best.” 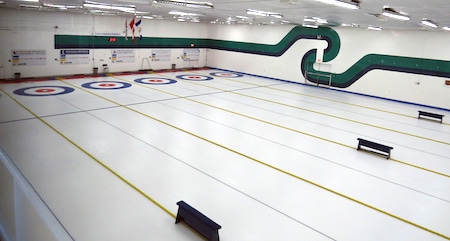 It will be the first time Victoria has hosted the Canadian Juniors since 2004 when a pair of Atlantic Canada teams — New Brunswick’s Ryan Sherrard and Nova Scotia’s Jill Mouzar — took gold. Victoria previously hosted the Canadian Junior Men’s Championship (the men’s and women’s events were combined in 1987) in 1979 when Manitoba’s Mert Thompsett prevailed. “The sport of curling is one of Canada’s favourite pastimes. The recent staging of both the 2014 Tim Hortons Brier and the 2013 Ford World Men’s Curling Championships are a testament to British Columbia’s ability to host these types of events,” said Peter Fassbender, provincial Minister of Community, Sport and Cultural Development. “We look forward as hosts for this Victoria-based competition to welcoming curling fans from across the country to this wonderful province and to once again make lasting, positive memories for all the athletes, coaches, judges, volunteers, their families and friends who will participate.” It will be the sixth time British Columbia has hosted the combined Canadian Juniors; besides Victoria in 2004, previous host sites were North Vancouver in 1988, Vernon in 1992, Kelowna in 1999 and Salmon Arm in 2009. Prior to 1987, the Canadian Junior Women’s Championship was played in Fort St. John in 1984, in Chilliwack in 1978 and in Vancouver in 1971. Previous B.C.-hosted editions of the Canadian Junior Men’s Championship were in 1971 in Kamloops, 1961 in Prince George and 1951 in Nelson. “We are so very proud and thrilled to be hosting the 2017 Canadian Junior Curling Championships here in Esquimalt at the Archie Browning Sports Centre,” said Esquimalt Mayor Barbara Desjardins. “We are a curling community with a rich tradition in the sport that includes promoting local youth curling. I know that visiting athletes and fans will appreciate the impressive upgrades we recently completed at our facility as well.”

B.C. teams have won eight Canadian junior championships — the most recent being Corryn Brown taking women’s gold in 2013 at Fort McMurray, Alta. Other previous winners were Brad Kuhn in 2000 at Moncton, N.B., Dean Joanisse in 1989 at Winnipeg, Mike Wood in 1988 at North Vancouver, Julie Sutton in 1987 at Prince Albert, Jodie Sutton in 1986 at Rouyn-Noranda, Que., Sandra Plut in 1982 at Winnipeg and Jerry Laughlin in 1961 at Prince George. The wins by Wood and Joanisse marked back-to-back Canadian junior titles for Victoria-based teams. “Curl BC is delighted that Victoria has been selected to host the 2017 Canadian Junior Championships,” said Curl BC Chief Executive Officer Scott Braley. “With a great organizing committee that has run several national and world championships supported by volunteers from the four local curling centres, Canada’s best young curlers will be in for a treat, as will the Victoria curling community.” TSN, the official broadcaster of Curling Canada’s Season of Champions, will provide live and exclusive coverage across Canada of the women’s and men’s semifinals and finals. “The Canadian Junior Championships are one of our most popular events, and it’s always a thrill to see the next generation of Canada’s curling stars perform on the national stage,” said Pat Ray, acting Chief Executive Officer for Curling Canada. “Victoria has done a terrific job in the past hosting national and international curling championships, and we’re expecting more of the same in 2017.” With 14 teams in each gender (representing each of the 10 provinces in addition to Northern Ontario, the Northwest Territories, Yukon and Nunavut), the field will be split into two seven-team pools, with seeding based on win-loss records at the 2016 Canadian Juniors in Stratford, Ont. Teams will play a round robin within their pool, leading to a championship pool beginning on Wednesday, which will then lead to the weekend playoffs. Teams that don’t qualify for the championship pool will play a seeding pool to determine rankings for the 2018 Canadian Juniors (host site TBD). Meantime, non-playoff teams will participate in a mixed doubles competition. The Canadian Junior Men’s Championship has been contested annually since its inception in 1950 in Quebec City. The first Canadian Junior Women’s Championship was played in 1971 at Vancouver. Canada has won a leading 19 world junior men’s titles since 1975 and 10 women’s crowns since 1988. Canadian teams skipped by Manitoba’s Braden Calvert and Alberta’s Kelsey Rocque swept gold at the 2015 World Juniors in Tallinn, Estonia. The 2017 World Juniors will be the official test event for the 2018 Winter Olympics in PyeongChang, South Korea.